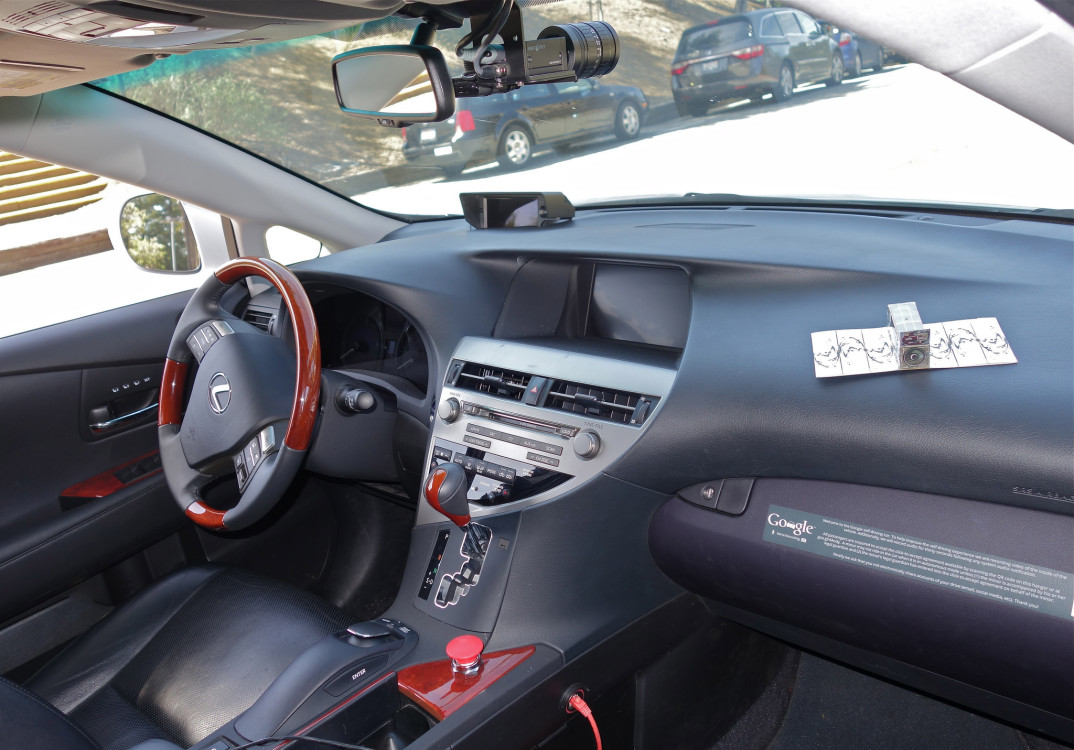 Picture yourself in a sterile cabin sitting atop four wheels. The only sound you hear is the soft hum of an electric engine. There is not much there except for four seats. The dashboard is bare, and it only has a large screen showing the remainder of your trip on a map — there is no steering wheel.  The tinted windows block out the sun; still, you are able to see outside. You can observe a swarm of cars moving in a peloton through a downtown area—at a frightening speed—breaking their even spacing to cross an intersection, where a pileup is avoided by only a few millimeters, as another swarm of cars crosses the intersection perpendicular to you.

However, you are calm for the entire process. As a matter of fact, you have become used to it; you trust the cars’ programming, which is the only thing stopping them from crashing into each other. This is the future of driving: self-driving cars. How soon will this change happen? Nobody knows, but this future is looming on the horizon, and some predict it could arrive in less than a decade.

The economic and environmental impact of fully automated traffic will be widespread, and will bring a lot of benefits that will feed off each other. Less traffic will save money on fuel, which will reduce pollution caused by vehicles, which will also increase productivity as people spend less time in traffic. It will also have its drawbacks, as many jobs that involve driving will become obsolete. However, the purpose of this article is not to explore the economic, environmental, and social impact of driving but the cultural shift and conflict that self-driving cars will bring about.

In an essay for the New York Magazine, titled “What Happens to American Myth When You Take the Driver Out of It?”, Robert Moor explores the cultural impact self-driving cars will have as “our republic of drivers is poised to become a nation of passengers.” In his essay, Moor unpacks the decades-old relationship between the car and the way of life it has created in the United States: a relationship and identity that is so intertwined with American culture that it has created a nation where it is inconvenient—and sometimes inconceivable—to live without a car.

Moor also explores the longstanding cultural representation of the car as a vehicle to individual freedom. As an example, Moor mentions how age 16 is viewed as coming-of-age moment in the U.S., as teenagers get their driver’s license, and some simultaneously are given their first car. No longer needing their parents to give them a ride, teenagers are free to go wherever they please—as long as they don’t miss their curfew. Nevertheless, this association between the car and freedom is being challenged—or redefined— by self-driving cars. To begin with, there might come a day where we no longer will be driving at all, and car ownership might become a thing of the past, especially with the rise of ride-sharing services like Uber, who happens to be testing “self-driving Ubers” in Pittsburgh, Philadelphia.

Google has developed its own self-driving car project as well. In a review of his experience riding in a Google car, The Oatmeal, a comics artist, highlights the positive impact that automated driving can have in improving the lives of people with disabilities, and its ability to save lives: self-driving cars learn from other and are less likely than humans to commit mistakes or become distracted.

Moor concludes his essay by stating that self-driving cars create two freedoms: “the old-fashioned automotive freedom and the newfangled freedom from cars.” This duality has the potential to either increase or decrease your individual freedom, based on whether you are for or against self-driving cars. Regardless of your viewpoint, it might also decrease the freedom of everyone, as cars become fully automated and nobody is able to drive them; or it might increase everyone’s freedom by enabling equal and universal access to transportation. In the end, following the insights from The Oatmeal,  it raises a challenging and recurring moral question: does the collective good have the right to infringe on the liberties of the individual?

This is a challenging question and, as Moor briefly mentions, in some ways it echoes the current national debate on gun ownership. Cars can be thought of as a weapon, they are lethal and dangerous objects, which we happen use to help us fulfill a variety of activities. Just like guns, if we use cars with caution and follow traffic rules they can be safe, but accidents do happen. For some, owning and using either a car or a gun, is a way of life, it is part of their identity–in the case of law enforcement officers and service men and women, they couldn’t do their jobs without them. For others, cars are merely a tool in their life that they could do without. In fact, their life might be better off without having to drive or own a car.

The purpose of this comparison is to highlight how, as a society, we are constantly having this debate. In turn, this shows how we haven’t ruled in favor of either the collective good or the individual. As a result, it might be difficult to achieve a future exclusively inhabited by self-driving cars within the next decade. However, it is difficult to argue against all of the collective benefits that we will gain from self-driving cars and their ability to improve and save many lives, which to me, should be given priority over entrusting humans with the ability to drive.

Despite of your stance on self-driving cars, a cultural shift in America will emerge, and with it, a national debate on individual freedom.