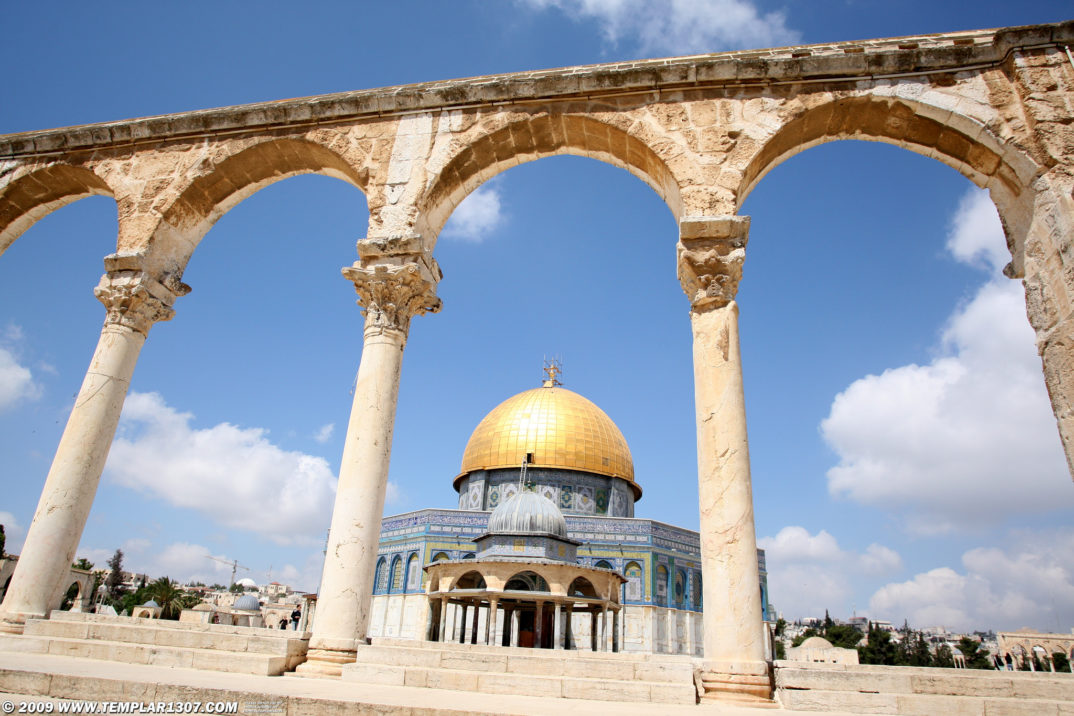 On October 31st, National Geographic released an exclusive story about the recently excavated tomb in the Holy Sepulchre. In Jerusalem’s Old City, the Holy Sepulchre is the holiest site in Christianity, believed to contain both the site of Jesus’ crucifixion and his empty tomb. After chipping away 2 layers of marble slab, an original limestone tomb was revealed to be intact. National Geographic’s archaeologist Fredrik Hiebert remarked, “My knees were shaking a little bit because I wasn’t expecting this.” Although there is no direct assurance that this specific tomb is the Christ’s, there is no other burial site in the area that has a stronger case. Furthermore, this discovery confirms past investigations about burial rituals in Jerusalem.

The contributions of excavating ancient sites in Jerusalem are considered vital to studying the history of Judaism and Christianity. In another recent example, archeologists unearthed more of a gate shrine from the First Temple period. This discovery confirms the biblical account of King Hezekiah. Israel’s Minister of Jerusalem Affairs and Environment Protection stated, “further research of heritage sites shows us time and time again biblical tales…become historical and archaeological stories”. According to this argument, excavation is necessary and exciting because it can be used to validate religious texts.

However, not everyone is thrilled with the constant excavation occurring in Old Jerusalem. The UN’s Educational, Scientific, and Cultural Organization (UNESCO) passed a resolution on October 13th with 10 countries for, 2 against, and 8 abstaining. This resolution included naming the geographical area commonly known as the Temple Mount. Now it should be referred to as al-Haram al-Sharif, Arabic for “the Noble Sanctuary.” This resolution has sparked controversy since then, being called “continuously one-sided and inflammatory” by the U.S.’s permanent representative and Ambassador in UNESCO, Crystal Nix Hines. This resolution highlights the continuing struggle to give both Jewish and Muslim religious narratives validity and allow both religions equal access to Old Jerusalem.

Part of this resolution concerns excavation within The Temple Mount and Dome of the Rock portion of Old Jerusalem region. Although Jewish archaeologists are interested in digging deeper to continue finding confirmation about their history, Muslims are concerned that this excavation will cause these holy sites to erode. Section 5 of the UNESCO resolution asks Israel, the occupying power of Jerusalem, “to cease the persistent excavations and works in East Jerusalem particularly in and around the Old City.” It’s interesting to see these two cultures attempt to retain their ethnic identity with different methods. Some in Jerusalem want to uncover artifacts and physical proof of their connection to Jerusalem, while others want to preserve the existing city as much as possible.

A similar conflict over sacred sites and ethnic identities is happening in the United States concerning the Dakota Access Pipeline. The Sacred Stone Camp in Sioux county was originally called Iŋyaŋ Wakháŋagapi Othí, and is named after the spherical stones found in that area which are considered sacred. The combined currents flowing from the Cannonball and Missouri rivers create rare spherical stones, which colonizers termed the “cannonballs of Cannonball, North Dakota.” However, these stones are no longer created after the rivers were dredged in the 1950’s. Natives in the area are striving to preserve this stone camp and other sacred sites within the area. Archaeologists agree with the protesting tribes that these sacred sites should have been taken into consideration before work on the pipeline began. In fact, over 1200 archaeologists, historians, and museum workers signed a petition in agreement. In this situation, excavating the area would harm their ethnic identity, which is deeply tied to the geographical area they inhabit, similar to Jews, Christians, and Muslims in Old Jerusalem.

While Native Americans in North Dakota are struggling to preserve their sacred sites from excavation, families in Texas enjoyed October as Texas Archaeology Month. The Fort Hood Cultural Resource Management Office has a team of archaeologists that manage 206 historic sites including Native American sacred sites. Fort Hood has formed relationships with 7 tribes in the area, and consults them directly concerning their sacred sites. One archaeologist on the team commented, “Historic resources and archaeological sites are considered non-renewable resources…It’s in the interest of the public that we manage cultural resources to best of our abilities because we cannot recreate a 10,000-year-old archaeology site”. Archaeologists at Ford Hood encourage families to search for hidden treasures, but insist they don’t remove artifacts from the ground when they find them. This office sets a positive example of how respectful relationships with Native Americans can be built to better manage excavation and research.

Both in Jerusalem and in North Dakota, cultures are trying to preserve this ethnic identity. For some cultures, this includes searching for, removing, and cataloguing artifacts to gain a deeper understanding of a culture’s origin and history. For others, this means preserving sacred sites as purely as possible, and leaving the history untouched. Although these values are in conflict, it is possible to create respectful, reciprocal relationships between cultures that keeps multiple interests in mind during excavation.