Who’s to Blame?: Texting and Driving 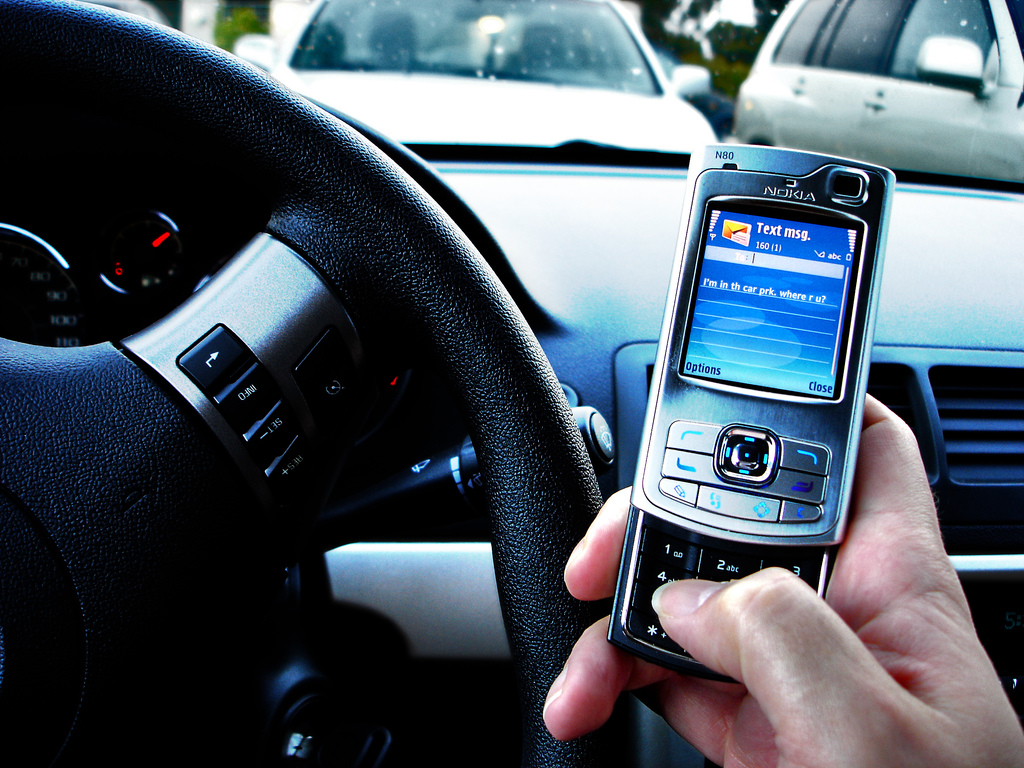 In 2013, a crash due to a distracted driver, who was checking her iPhone, resulted in the death of two adults and the paralyzation of a child. That same year, 21% of car crashes were related to the use of a cell phone (handheld or hands-free), with 1.2 million crashes relating to talking on the phone and 341,000 or more due to texting. The family of the victims of the aforementioned crash is now suing Apple; a patent owned by Apple shows that they have the technology to prevent drivers from operating their phones, yet have made the decision not to implement the technology. In the case of this particular lawsuit, perhaps Apple cannot be at fault – the patent for the technology was filed in 2008 but only granted in 2014, and the crash in question occurred in 2013.

Cell phones companies have acknowledged that texting can be an addictive behavior, especially for teenagers and young adults. The sound of a notification triggers the pleasure center in one’s brain, making it easy for an addiction to foster. Since texting while driving can be a compulsion, a potential solution to preventing the use of the cell phones by drivers would be to use developed technology to block signals or functions. While it remains unclear if Apple ever fully developed the technology mentioned in its patent, their filing said that a “lockout” technology would shut off certain features – like texting – while the phone was in motion and the operator was in the driver’s seat. Instead of including this technology in new devices, Apple, Verizon, and other companies have instead launched hands-free usage options, Do Not Disturb settings, and Public Service Announcement campaigns. However, each company has said that these methods aren’t enough – so why hasn’t Apple or other company continued work on blocking technology that removes the decision from the driver?

Similar technology already exists, but require the purchase of a device to put into one’s vehicle, which blocks the signal for the driver’s phone, but may end up blocking the signal for those seated behind the driver. This is another issue highlighted by Apple and others – it is an unreliable technology that may end up shutting off passenger phones, which would spark customer outrage (especially if the phone remained shut off for a long road trip, for example). The other issue is if people would even agree to having their service shut off, especially in a time when constant service and access to communication is key to many. Although 94% of drivers believe texting while driving is a serious threat and 87% favor bans, around 33% admit to looking at a text while driving, as of 2012. Despite apparent public support, people might change their minds when the reality of a phoneless drive is realized. According to Time, numerous apps also exist that block texting functions when motion is detected, so companies can argue that the fault is also partially in the hands of the driver, as they have the resources and are choosing not to pursue them.

From a business standpoint, if only one brand were to implement the technology, they would run the risk of losing business to other manufacturers – meaning that every cell phone company would have to get on board together and issue the same technology. Given that Apple holds the patent, it is likely Apple would need to spearhead the project and share its technology, which is unlikely to happen. Cell phone manufacturers also say that auto companies need to bear the brunt of the business cost instead, and the blame should not rest solely on the shoulders of the phone manufacturers.

Does Apple have an obligation to implement the technology, regardless of potential business loss, as a measure to save lives? Given other attempts at lowering cell phone use while driving have not been working, this technology might end up saving many lives and preventing a significant amount of car crashes.