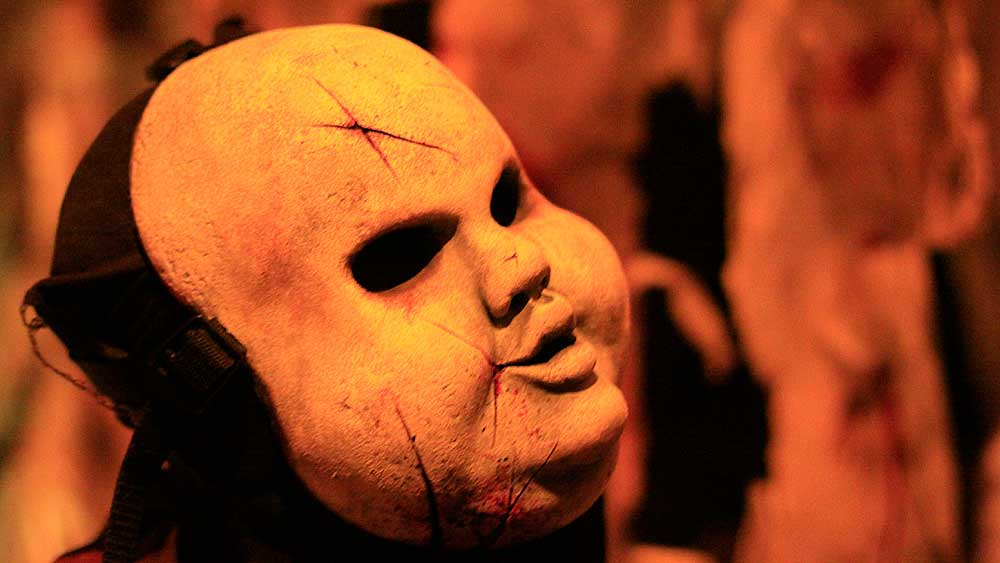 In a recent post published by the Prindle Post, staff writer Carrie Robinson discussed the ethics behind displaying mental health in Knott’s Berry Farm attraction FearVR 5150, which “sparked concerns about the stigma surrounding mental health.” 5150 corresponds to a California police code that denotes interactions with individuals with mental illnesses. Essentially, the ride took individuals through various scenes displaying their version of what a haunted mental health hospital would entail. This inherently portrays highly polarized and stereotypical views of mental health issues that negatively depicts those who suffer from them.

Likewise, besides the attractions being problematic themselves, costumes and other products relating to negative stereotypes of mental health have to be evaluated. As Halloween approaches, society has the ability to reflect on past interpretations mental health, along with cultural appropriation, in designing costumes and celebrating the holiday.

Similar attractions to Knott’s Berry Farm, such as Carowinds in North Carolina and Asylum Island in Kansas City, have come under scrutiny in the past month over their representations of those who suffer from mental health issues. Commonly, individuals are shown in strait jackets, with masks covering their mouths, tied down on their backs, or even behind bars. These different depictions stigmatize the idea of mental health and creates a belief that individuals with these issues are “crazy” or “mad.” Actors commonly say phrases like “the voices in my head are telling me you’re going to die.” This stigmatizes mental health by invalidating those who actually do hear voices in their heads due to their mental illness and creating an  image that the voices are crazy and mad in nature.

It is not only attractions, like haunted houses, that have been accused of perpetuating dangerous stereotypes surrounding mental health, it also happens to products sold in stores. Recently, Wal-Mart removed a product off of their Halloween line called the “Razor Blade Suicide Scar Wound Latex Costume Make Up.” This product allowed individuals to simulate gashes from a suicide attempt, which contributes to the trend of fetishizing the issue of mental health. When combined with the rhetoric surrounding institutions that create false images of mental health, the overt curiosity and fear of mental health patients is heightened.

Likewise, many local stores around the United States and Canada have stepped up in the front to pull items depicting inaccurate representations of mental illness. One, Morrisons in Keighley, United Kingdom, recently retracted door curtains that displayed the message “ASYLUM: NO ONE LEAVES!” On both sides, large, bloody knifes surrounded the sign. Essentially, this product was reinforcing the false idea that individuals with mental illnesses are “all scary bloody psychos,” as one local Keighley woman responded. Another example includes the Dorothea Dix Psyche Ward costume that was being sold in Raleigh, North Carolina. This product included a set of scrubs with the name of the mental hospital written on the chest with blood splattered all over the costume, implying that patient sent to the institution were criminals.

By undermining a fair and accurate representation of mental health, it does not allow healthcare providers to give proper evaluation to those who may need it. Individuals with mental health issues may divert the need to get proper help due to the social desirability effect, which would cause others to negatively view them because of the stigmatized representations of mental health in popular media. If displays of (haunted) mental health clinics continue to fantasize the issue, patients may feel that they will be locked up in a similar place if they seek help. This, again, undermines the ability of healthcare providers to assist these individuals. Likewise, negative interpretations towards mental health can create forms of individual and structural discrimination by changing the public’s perception of those that have mental illnesses. Results of this include being denied resources, such as a job, or finding proper housing in communities that will not discriminate against them.

During this season, society has the ability to distinguish between the moral right and wrong when designing our costumes. To do this does not mean to perpetuate the idea of being PC warriors, but to evaluate what could be seen as offensive to certain groups to reduce the stereotypes that surround them. Doing so will allow us to create a more inclusive culture for all.