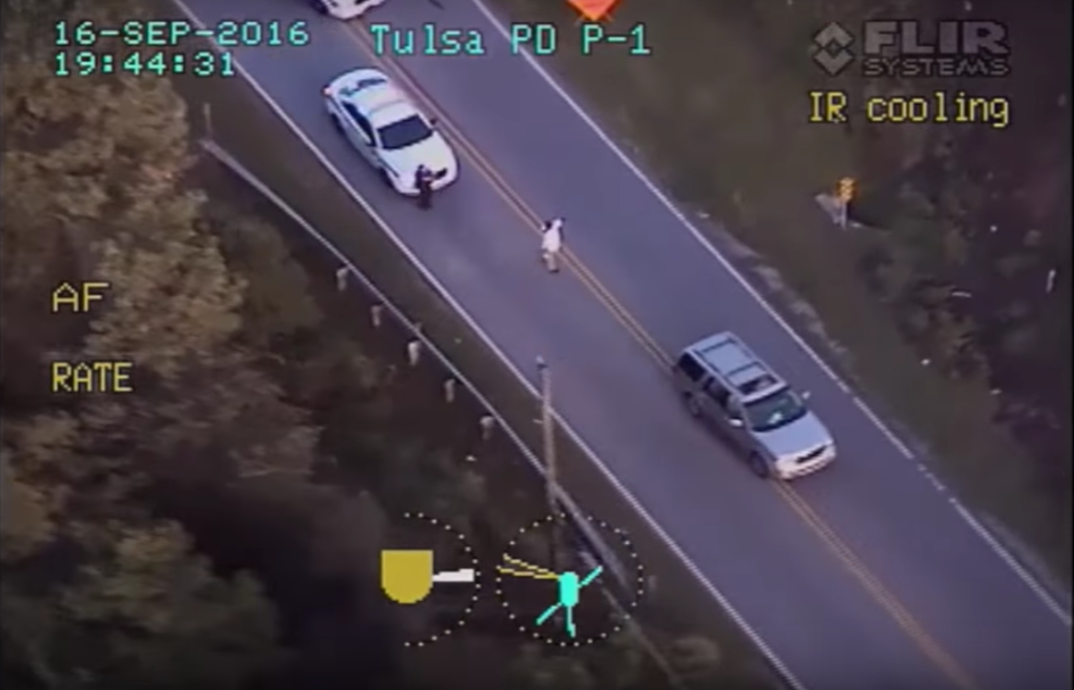 After the shooting, Tulsa police officer Betty Shelby was charged with manslaughter in the first degree, making her one of the first police officers to be charged in the death of an unarmed black man in recent months. The charges were filed on September 22, after a relatively short investigation by the District Attorney, compared to previous cases. While race has been the lens through which policing is frequently viewed, what is particularly interesting and different in this case is that Betty Shelby is one of only a few female police officers to be charged in the past decade for an on-duty shooting. Part of this may have to do with the differing ethical standard that men and women are held to in society.

While the killing of an unarmed black man is completely inexcusable and should be condemned, numerous male officers have not been charged in many shooting deaths in recent years – among others, no charges were held in the cases of Freddie Grey or Michael Brown. With Shelby being one of only a few officers that ended up charged in shooting deaths that have captured the news cycle, and in such a relatively quick time frame, it raises the question whether unethical behavior is excused more in men than in women.

Some studies have shown that women are indeed held to a higher ethical standard than men. In one experiment, participants were provided with a scenario of unethical behavior by a hospital administrator, with the only difference being a male name or a female name. When asked to recommended a jail sentence, participants recommended two months longer in jail for the woman than the man. The study also concluded that women had a 106% higher chance of being disbarred from the American Bar Association than men for the same infractions. Another example of a woman being punished more harshly than a similarly offending man is the case of soccer player Hope Solo, whose contract was terminated for an unsportsmanlike comment while Ryan Lochte received only a 10-month suspension for making up a fake robbery in Rio. Additionally, women are held to higher standards in the workplace in general – meaning that when they do commit an infraction, it is much more likely to be noted and punished than if a man were to make the same error.

Women are not only more likely to be punished, but the reasoning behind the mistake is often chalked up to stereotypical components of femininity, such as being too emotional or weak. The charges brought against Shelby speak to her emotional state – she became “emotionally involved to the point that she overreacted” and fired in a “heat of passion.” This type of wording is unlikely to be used against a man in a case, given that men are presumed to not overreact and only act in genuine fear – as was the case with Darren Wilson, the officer who shot Michael Brown in 2014. Charges were not brought against Wilson by the federal government because they could not disprove his “stated subjective belief that he feared for his safety.” Shelby has also stated that she feared for her life, despite a backup officer being ready with a taser, which caused her to escalate the situation. In the charges, this emotional aspect was used to condemn her, not to justify her actions. Her fear was dismissed, although her fear was also a subjective statement that cannot technically be disproven. Wilson appears to have been taken at his word, while Shelby’s comments were called emotions.

If convicted, Shelby could serve four years to life in prison. However, despite women being held to higher ethical and social standards than men, women are actually less likely to go to prison – meaning that even though Shelby is one of the few officers that charges have been brought against, she may not be convicted. In 2014 and 2015, no officers were convicted of murder or manslaughter in an on-duty shooting case and only 13 have been convicted since 2005, regardless of gender. Shelby may be more harshly judged by society, but also less likely to serve any time.

Gender dynamics aside, it is clear that Shelby should stand trial for her actions. However, although the released video does not clearly show the moments before the shooting and many viewers have concluded the shots were not fired necessarily, the treatment of the case is influenced by the fact that Shelby is a woman. If a male officer were to have fired instead of Shelby, one must wonder if he would have received the same treatment or charges. However, even though her use of force was questionable at best, it is also unlikely that Shelby will be sent to prison – partly because police officers are rarely convicted, and also because she is a woman. There are not enough data points to call this a trend, but as our country continues to grapple with police violence, both race and gender are factors that cannot be ignored.