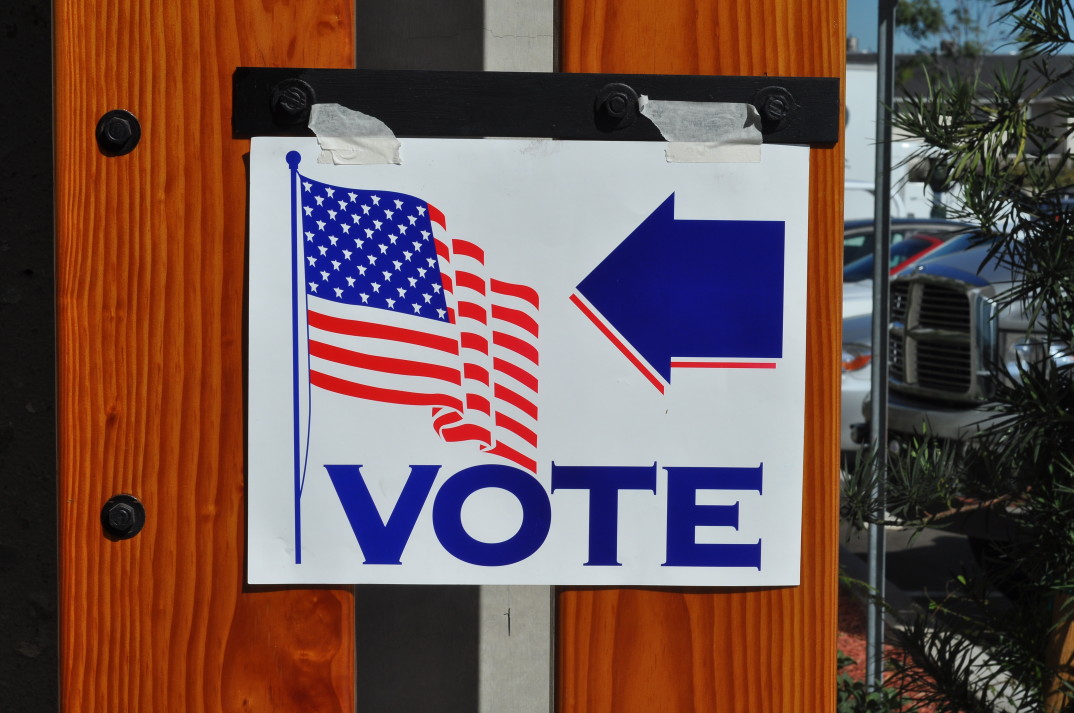 “Voting United States” by Tom Arthur is licensed under CC BY-SA 2.0 via Wikimedia

Donald Trump. Not a day goes by when I don’t hear that name. It is constantly on the news and it is what everybody is talking about. So much so, it is almost inescapable. This man has killed it. Since the start of his campaign he has managed to grasp the attention of the media, the nation and the world by saying whatever he wants, especially if it causes controversy. This tactic—whether purposeful or a mere reflection of his values and beliefs—has worked: Donald Trump is essentially the de facto Republican nominee. So hats off to you Mr. Trump, you have shown us how anger (against “Washington” politicians) and fear (of economic instability, foreigners, etc.) can be preyed on to mobilize a campaign to win. In the meantime, the Republican Party is struggling and making a concentrated effort to unite the party behind their champion. This might prove to be a challenge because Trump has essentially vilified everyone: not only his former opponents running for the Republican nomination (and in one case their wife) but entire nationalities, ethnicities and religions.

On the other end of the aisle, Hillary Clinton is extremely close to securing the nomination of the Democratic Party. Still her opponent, Senator Bernie Sanders, has made it clear that he will not back down and continue his campaign on to the very end. However, the likeliness that he will upset Clinton are very unlikely. So, we can assume that in November we will have a face-off between Mr. Trump and Mrs. Clinton. To many Americans from across the political spectrum this is the worst case scenario—or at least this is my perception— because for them they are both essentially despicable and not trustworthy. This article is aimed towards people who might find themselves in this situation.

If you happen to be one of these Americans, the first thing I would urge you to do is vote. It is the most basic and fundamental right in a democracy, and is a privilege that not everyone in this planet has.  The second thing I would urge you to do, and even more importantly, is to vote on principle and look past wherever you and the Presidential candidate of your choice lays in the political spectrum. This election is more than just about the United States of America. For decades now, whoever holds the office of the President of the United States has been the most powerful man in the world. In consequence, the President is looked upon not only by the American people but by the entire world. As a hegemon, the United States has enormous economic and political influence across the globe.  In a globalized world, any economic or political decisions can have huge implications, for example Trump’s promise of installing protectionist policies.

By voting on principle, I mean to vote based on your beliefs and values. Which candidate do you see sharing most of those beliefs and values? Do you want a candidate who wants to create barriers or one who wants to promote equality? Everybody can agree that political leaders should be held accountable so how could we ignore Trump’s politically divisive and inflammatory rhetoric? A plethora of crises are looming in the horizon (climate change, inequality, civil war, in Syria, etc.) America and the world is in need of a leader who will be able to build bridges, not walls. I believe that it is America’s duty to take on these challenges and assume leadership in the world because it has the capacity to do so. Hopefully, the President who assumes office on January 20th, 2017 will too.

*For the sake of transparency I will be voting for whomever is the democratic nominee.