David Shields’ War Is Beautiful: Did Our Media Fail Us? 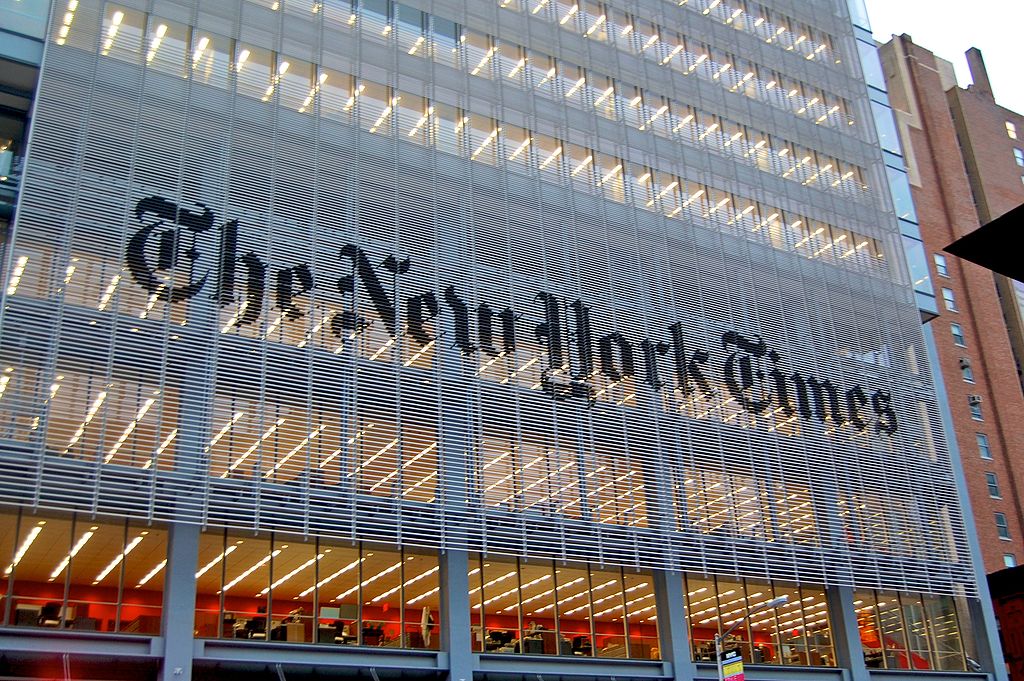 “Nytimes hq” by Haxorjoe is licensed under CC BY-SA 3.0 (via Wikimedia Commons)

David Shields, an American author, has recently released his latest book: War Is Beautiful: The New York Times Pictorial Guide to the Glamour of Armed Conflict. The book criticizes The New York Times, which, according to Shields, was complicit in protracting the Iraq War by presenting front-page photographs of the war in aesthetically attractive ways, blinding readers and making them insensitive to the real violence that happens in war.

The New York Times at first responded by asking the publisher to change the name of the book to A Pictorial Guide to the New York Times’ Glamour of Armed Conflict. This revised title obviously takes away a lot of power from the original, paradoxical title. The publication turned down the newspaper and received an unpleasant response in turn. This response is illustrated in an article for The Daily Beast,  where Ben Collins informs the readers that The New York Times is suing the book’s publisher,  powerHouse books,  for $19,000 over the binding of the book. This action sparked a series of criticisms by First Amendment advocates. Alluding to sharing in the consensus of the critics, Collins point out at the end of this article, “isn’t this a hell of an effort by the legal department of the paper of record to make it harder for criticism to be published as the writer intended?”

It is important to note that this is not the first time the newspaper has come under criticism for its journalistic practices during the Iraq War. Leading up to the beginning of the conflict, Judith Miller, a former national security reporter for the Times, wrote a series of stories based on dubious sources and evidence that supported the Bush’s administration consensus and reason for going to war with Iraq – supposedly that there were weapons of mass destruction in the country.

The New York Times was not alone in allegedly misleading the people of the United States about the Iraq War. It is therefore important to ask what could the media have done to sway public opinion against the conflict, which continues to this day? And, as is the case with the Times, why didn’t they? How can we as readers and viewers demand the truth?