Admittance to the Quest: Academic Freedom in Prison 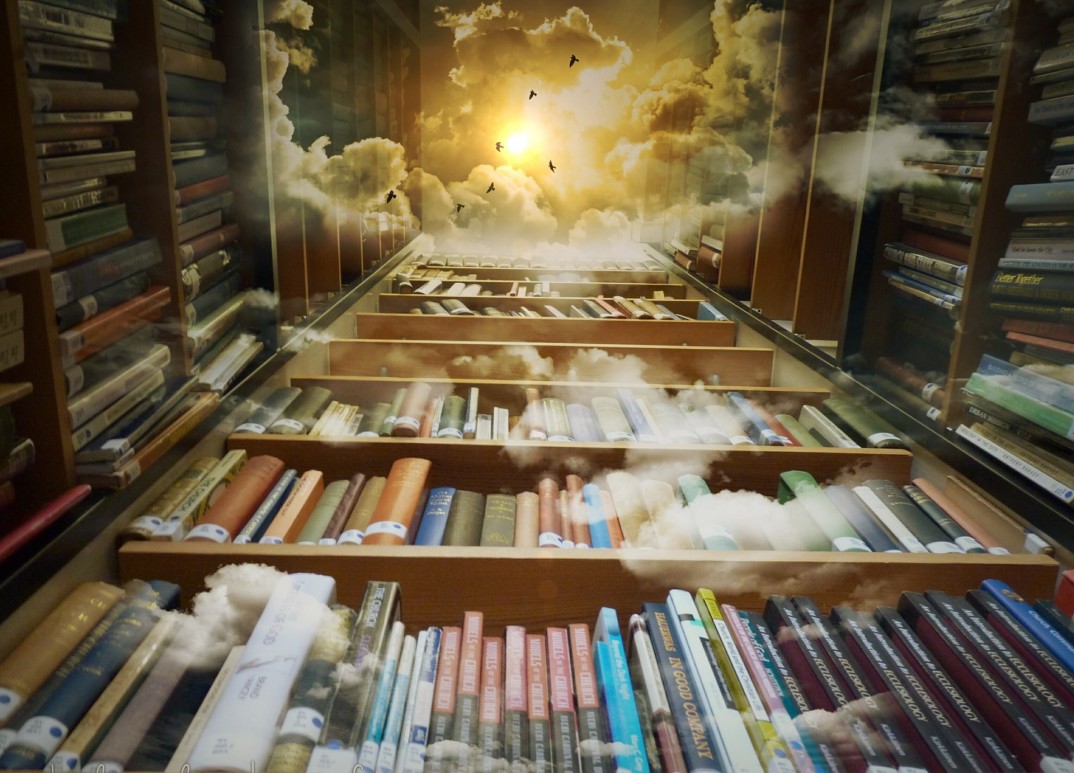 “Library” by Bonnybbx is licensed under Public Domain (via Pixabay)

Academic freedom is traditionally conceived as the freedom to express thoughts, ideas, and theories without reprisal; to propose hypotheses, do research and publish analysis and data in any given field; and to be freely critiqued by peers.

To the two million of us who are in US prisons, “academic freedom” means something equally fundamental: the freedom and ability to obtain an education. It speaks to the quest to transform the mind, to be individuals, and to contribute to the collective identity of our communities, states, and nation. When I came to prison 18 years ago, I found women all around me engaged in that quest. Before coming to prison, many of them had never considered the world outside their crack houses or street corners. Many of them could not read or write proficiently at the start of their quest. Some took remedial English and math more than once, but they persevered. They kept going without being at home—without family, children, and all the comforts of freedom. They kept going through the oppression, drama, noise, and conflict inherent in prison life. They kept going through failed tests, poor grades, inadequate computer skills, and crappy writing skills. They learned how to maneuver in the expansive world that a higher education exposes one to, even while surviving in a tiny prison cell; and most of them—most of them—made it.

I have sat through many college graduations at my prison, and the light in the students’ faces was a true brilliance. They shone with an inner knowing that earning their college degree was a great gift. The statistics are all out there and known to those involved in corrections: a person leaving prison with a college education is far less likely to re-offend than those who leave without one.

Then suddenly, tragically, incarcerated men and women in Indiana lost the ability to pursue the quest. In 2011, the Indiana state legislature voted to remove state funding for higher education in all state prisons. It was a devastating blow for the women who were working towards a college degree, be it an Associate’s or Bachelor’s. I had already completed my degree and was working as the registrar clerk in the prison for the college program at the time. You cannot imagine the broken faces, tears, and heartache I witnessed. You could argue that their heartache was about the loss of a time-cut (a reduction in time an inmate serves on their sentence), and you’d be right. But their heartache was also about the loss of obtaining a college education, something that is inherent in the American dream. For many women it was literally a dream, for they never imagined themselves capable of earning a college degree. The improbable had become possible and then sadly turned impossible once again. I know because I was there.

In place of higher education in Indiana prisons, the Indiana Department of Correction has created access to Department of Labor apprenticeship programs, such as office management, teacher’s aide, dog training, custodial maintenance, housekeeping, and building maintenance. Upon completion, a participant can earn a six-month time-cut. While these programs are better than nothing, most would agree that they are not equivalent to an Associate’s or Bachelor’s degree; even the Department of Correction agrees, evident by the fact that a 6-month Department of Labor apprenticeship time-cut is worth half the time-cut of an Associate’s degree, and a quarter of a Bachelor’s degree. Earning a higher education has its own intrinsic value that is recognizable everywhere.

Most incarcerated men and women in Indiana no longer have access to the quest. Yet for those of us that happen to be incarcerated at the Indiana Women’s Prison, a social experiment is at work giving women admittance to a version of the quest, an approximation of a full college experience. The brainchild of notable author on prisons, Dr. Kelsey Kauffman, and Superintendent Stephen McCauley, the Indiana Women’s Prison Higher Education Program is working to fill the canyon left by the loss of state funding. Using entirely volunteer faculty (mostly retired professors from nearby prestigious colleges), women in the prison can once again enroll in courses.

It is in this climate that we are doing what many would say is impossible: engaging in serious original research and publishing our findings in reputable academic journals. We are writing a book about the history of our own prison, which is considered to be the first women’s prison in the US, as well as the important lessons we are learning regarding prison and society today.

We have met many challenges in researching this book. Our professor sent us on a 19th century voyage where we studied the origins of US prisons and other total institutions, women’s history, Quaker reformers, and Indiana history. Once we had our particular fields of inquiry, we received help with research from the Indiana State Library, Indiana State Archives, and the Indiana Women’s Prison. Then the writing began. Our research led us to ask new and probing questions that have led in turn to great discoveries, such as how the Indiana Women’s Prison didn’t admit women with sexual offenses for 24 years, instead consigning them to Indiana’s own “Magdalene Laundry;” the 1881 investigation that alleged that the women and girls at the prison were being subjected to the 19th century equivalent of water-boarding; and the allegations of experiments and operations performed on women and girls by the prison’s doctor.

We now have the potential to change the historical narrative about the history of women’s prisons in the US, and, more importantly, we get to contribute to academic insights about women, female sexuality, prisons, crime, and secrecy. To date we have presented three papers on our discoveries at the Indiana Association of Historians, presented two papers at the Indiana Academy of the Social Sciences and published a paper in its academic journal (October 2014), published an article in the American Historical Association’s journal Perspectives on History (February 2015), presented four papers at the Women and Gender Historians of the Midwest conference (June 2015), presented two papers at the American Correctional Association conference (August 2015), and are currently preparing four papers for the American Historical Association conference in January 2016. What we’ve been able to accomplish as incarcerated women signifies that we deserve admittance to the quest. We have proven that we have a real contribution to make, and we have shown that amongst our academic peers we are worthy of admittance and exemplify academic success in spite of and beyond our challenges and academic obstacles.

Focusing on the meaning of academic freedom, my mind is filled with the imagery of tall, gold-painted, wrought iron gates that extend into the heavens. Upon these gates are golden plaques with the words of scholars, historians, teachers, and poets—new and old—exclaiming the virtues of freedom and education; a mind to reason; free thought; and freedom of expression, inquiry, exploration, and rebuttal. At the gates on both sides are two huge majestic sentinels. The sentinel on the left bears golden armor that is engraved “I Think” and the one on the right says “Therefore I AM.” The sentinels are keeping the gates open so that all of us who honor academic freedom can walk through. Thousands upon thousands are thronging through the gates—they’ve been admitted. I want admittance, too. The sentinels turn their golden-helmed heads towards me and stare me down. I am afraid; I feel their uncertainty about my presence. I am small in comparison to the sentinels and the gates, but I gather my courage, lift my chin, stand up straight, and walk through.

It is my humble opinion that people and organizations have the power and influence to alter the landscape that currently bars higher education for most people in prison. If only to open dialogue and to be a voice, their impact could be profound. Inherent in academic freedom is the idea of forging ahead into new territories, opening new fields and combining existing fields of inquiry that result in new suppositions and new ideas, and then having the guts to follow through and to stand behind your work. Admittance to the quest for some of us requires help from all of us.

Michelle Jones is a graduate of Ball State University and the Higher Education Program at the Indiana Women’s Prison. She is now pursuing a doctorate at NYU. She is a founding member of the One Net – One Life Mosquito Net Project, which has manufactured and sent over 1300 nets to seven African countries, Ecuador, and Haiti. Michelle is also the founder and choreographer of Lifted! Liturgical Dance, a spiritual praise dance ensemble that ministers throughout the year.
View All Articles By Michelle Jones
Related Stories