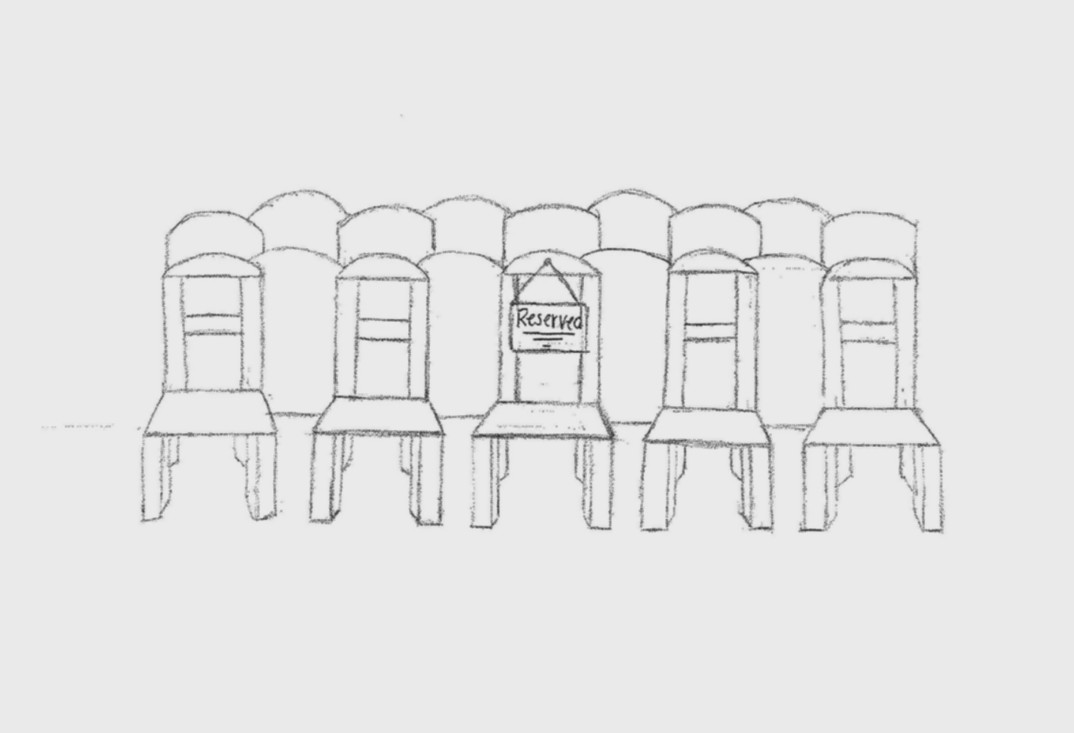 To understand some of the problems with DePauw’s campus climate, one need look no further than who is participating in the discussion. I learned this lesson firsthand as a sophomore, when I attended a film screening on white privilege at the Prindle Institute. As a white man, I thought it would be important to learn about my own privilege. I hoped that others like me would do the same.

At the time, I was hardly aware of the struggles that students from marginalized communities face at DePauw. Looking over the crowd, though, one problem became quite clear. Of the fifty or so people who attended the film, the number of white men present could be counted on one hand.

It’s never a good sign when an event on white privilege isn’t actually attended by any white people. Yet, when it comes to discussions on race and privilege, the mysterious absence of white men I noticed that night reappears without fail. Whether it’s a campus-wide session on allyship or a small-group discussion held by the Office of Intercultural Life, the lack of white men present is always a disappointment.

Participating in these spaces when systemic discrimination is your daily experience is incredibly courageous. It takes bravery to hold a conversation on a topic like racism at all, let alone when you suffer from it every day. To the white men of our campus, then, I say this: where is your courage?

I can understand why approaching a discussion on race as a white man might be intimidating. Yes, these conversations are difficult. They’re about knowing when to speak up, and more often, when to listen. Figuring out that interplay is not a mistake-free process, and it can be uncomfortable trying to find your place in such discussions.

As uncomfortable as they may be, though, these conversations are necessary. They aren’t important only because racism affects both the oppressor and the oppressed, or because you might have friends or family from a historically marginalized community. Rather, joining these conversations is part of a fundamental responsibility to acknowledge our privilege and improve the world for others – a responsibility that men like me are consistently failing to meet.

Since I first came to DePauw, I’ve seen this begin to change. I’ve started seeing more white faces at discussions on racism, and more attention given to the inequalities that plague DePauw. Though they are small steps, they give me some encouragement that white people will continue to participate in these conversations. Yet it has always been clear that men like me are not doing our part.

Because of this, I have a challenge for the white men on this campus. From one white guy to another: prove me wrong. I encourage you to, in fact. Join the rest of campus in having these important discussions. If you’re uncomfortable doing so, bring a friend. If not, bring a friend anyway. Take the brave step to question your own privilege and learn about identities other than your own. I promise you that it’ll be worth it.