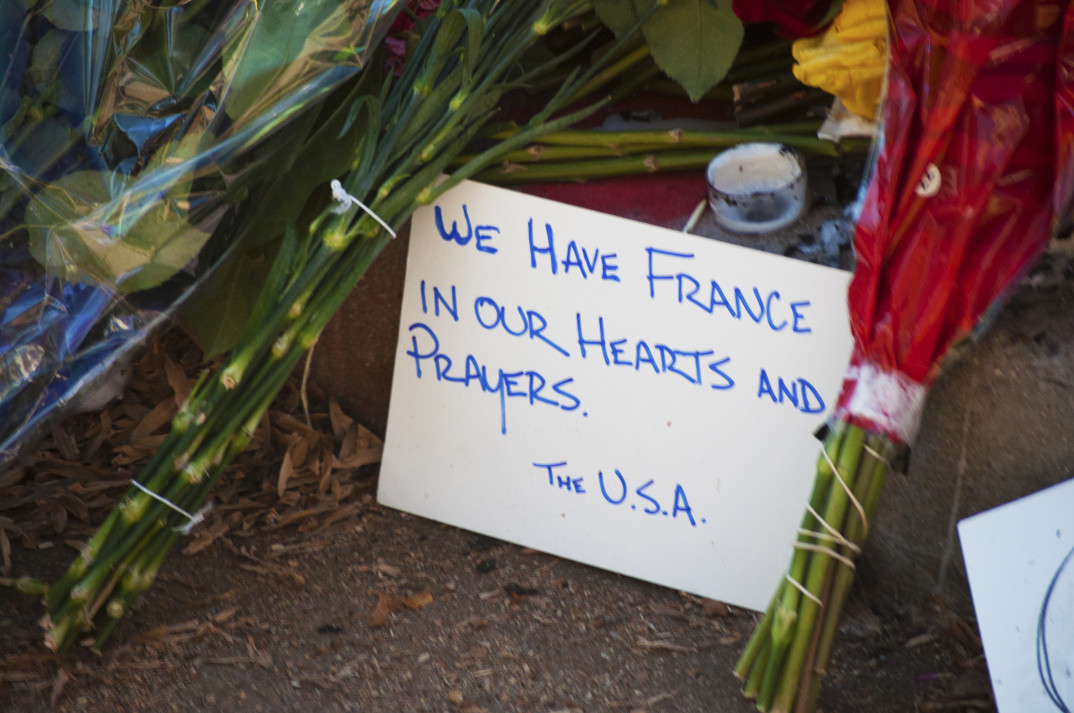 In the wake of tragedy, the issue of rhetoric often moves to the forefront of public discourse. The framing of an event and the way it is discussed has a powerful impact on public knowledge and understanding of an event and its aftermath. When it comes to situations such as these, one particularly difficult task is to cope with finding the proper rhetoric for discussing tragedies with children. Is there a “right way” to talk to children about these events?

Following the recent Paris attacks, many news outlets have been highlighting the growing concern of parents over not knowing how to address this situation with their children and have responded with a profusion of articles offering counseling to parents. Some, such as this CNN article, suggest different approaches based on the age and maturity level of the child, leaving interpretation up to individual circumstances but focusing on realistic reassurance of safety and limiting of media exposure for all children. Others, such as this article from The Atlantic, suggest options such as allowing kids to read the children’s book series I Survived, which places a young fictional protagonist at the center of the event and provides a gentle, honest, and straightforward account of the event

One particular video has been quickly circulating through social media and news outlets of a French father and young son discussing the child’s perception of the Paris attacks. The father reassures his son that they are safe, agreeing when his son asks if the flowers and candles being placed at the sites of the attacks will protect the citizens of Paris.  Many commend the father for providing his son with reassurance and pointing out the positive community-building happening around them; others criticize the father for misleading his child and allowing him to believe that flowers and candles can protect against guns.

Given this discussion, what kind of obligation do parents have to talking to their children about events like 9/11 and the Paris attacks? Is it more important to protect them from violent images and stories, or to properly educate them to raise a generation of more informed and socially conscious individuals? Parents undoubtedly have an important responsibility to treat these situations with care and find the proper balance for talking to their children about tragedy.