Walking on Thin Ice: Political Correctness and Redefining the Problem 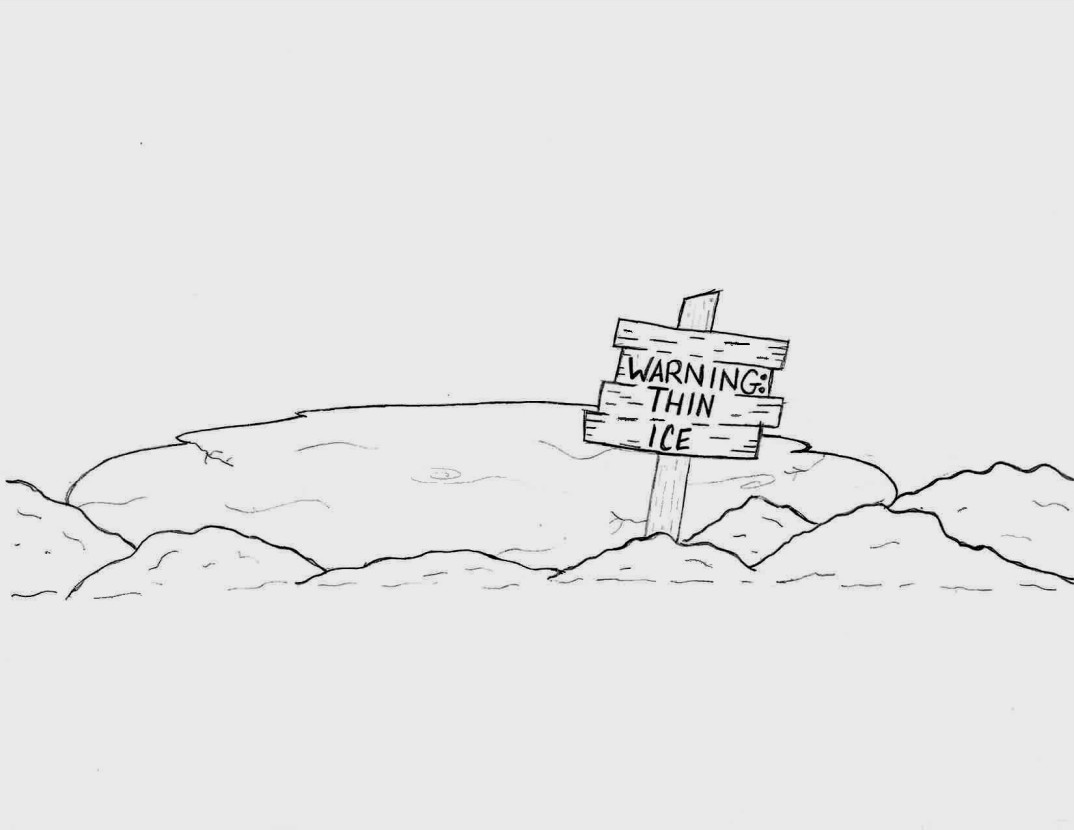 Everyone is walking on thin ice. In modern America, it seems we are called to constantly filter our words in an effort to respect those different from us. This mandate–political correctness–has the best of intentions. However, it has grown into a roadblock; we cannot further understand our differences and progress in the fight for equality if we are so compelled to tip toe around tough subjects and often avoid them altogether for fear of being politically incorrect.

Yelling hateful things at people, using racial or social slurs to hurt others, shouting profanities at others—these things are all wrong. No one likes to be called names. However, the threshold of what is considered wrong or offensive has grown so low that The Atlantic recently wrote about about microaggressions, “small actions or word choices that seem on their face to have no malicious intent but that are thought of as a kind of violence nonetheless.”

Picture a tree. It begins at its roots, growing into a trunk and finally branching out into a vast canopy. Each section of this tree represents how different people stack up in the fight for respect and equality. The roots are our history, buried underground, in the past. The trunk is the overwhelming density of the problem: outright bigots, sexists, racists, etc. As we go up the branches from here, everyone is a supporter of finding a solution to some degree—at the very least in as much as they do not propagate acts of disrespect like those in the trunk category. As we grow further and further from the problem’s proponents, the level of support grows.

When we reach the very branch tips, we have reached the “impossible supporters” of the fight for equality: a person who never says a word or has a thought even questionably politically incorrect or disrespectful. No one is this perfect, this mindful. However, this person is who political correctness today expects us to be. We’ve forgotten the real problem, the trunk, in our pursuit of perfection.

No one can change their roots, their history—where they grew and the society in which they grew. No matter their color, gender, socio-economic status, or religion. No one can be a perfect supporter of equality. All we can do is try to live in our time with respect for the people that live in it with us. However, we will undoubtedly make mistakes, say things that come off as inconsiderate or harmful, and offend our peers. Regardless, those who are trying are not the problem. They are not bigots, racists, or sexists—all terms that are just as harmful as any that could be used to further the unequal norm.

Grayson graduated from DePauw University in 2016 with a major in English Writing.
View All Articles By Grayson Pitts
Related Stories