The Right to Gluttony: Sustainability vs. Individual Rights 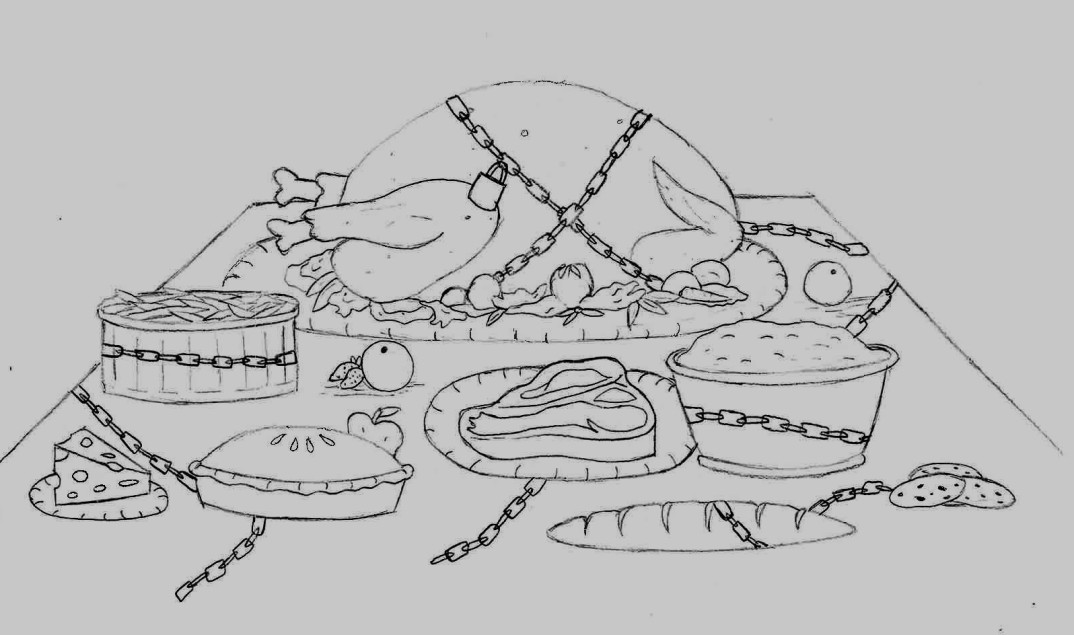 What if one day in the near future, on your family’s weekend trip to Texas Roadhouse to TGI Friday’s, steak was no longer offered on the menu? No mouth-watering 8 ounce sirloin specials or baby back ribs to satisfy your protein craving? While for the average American this may seem like a dystopian scene out of a George Orwell novel, these dietary restrictions may very well be necessary for a sustainable future. For the United States, the main dilemma will surround individual rights—whether rights guarantee each person to eat as much as they choose, even if it will be detrimental to the sustainability of humanity.

“My Plate, My Planet” is an organization currently pushing for the Dietary Guidelines Advisory Committee (DGAC) to adopt sustainable policies in 2015. The DGAC’s guidelines would encourage Americans to make saturated fats and added sugars each less than 10% of their daily calorie intake, discouraging the current average diet high in red meat and refined sugar. “Eatwell plate” is a dietary pattern already in use in the UK that promotes plant-based diets that are lower in greenhouse gas emissions and promote reducing food waste. If the average American diet doesn’t change, by 2030 most livestock will need to be produced in developing countries, and more crops will be fed to livestock than to humans.
But when it comes to individual rights, Americans are as stubborn as the bulls we want on our plate Friday night. I remember the outrage that ensued when Michelle Obama took away salt from our high school lunches. People began bringing their own saltshakers from home and passed them around the tables at school. The thought that the government could tell us what and what not to eat seemed unthinkable. Granted it’s hard for anyone to see past their own desires, individual rights in the United States has seemed to regress into entitlement—from the right to speech and religion to the right to eat as much as we want of whatever we choose. This unearths the question of whether there is a right to food, and if so, what that entails.

In 1948, the United Nation’s Universal Declaration for Human Rights outlined that having adequate food is a basic human right. The Committee on Economic, Social and Cultural rights established that, “the right to adequate food is realized when every man, woman or child…has the physical and economic access at all times to adequate food or means for its procurement”. This definition of “adequate” food varies substantially among societies. Does “adequate” mean enough food to live or enough food to eat three balanced, organic meals a day? These differences in interpretation have created a chasm between two polar health issues: obesity and malnutrition.

In the world, over one billion people classify as being obese. On the other end of this spectrum, over one billion people do not have access to adequate food. Contrary to what might seem logical, people that are classified as obese may not be getting sufficient nutrients. Does this problem become one of individual choice or does it fall on the responsibility of the government? The political theorist Rousseau stated, “Man was born free, and everywhere he is in chains”. Rousseau would argue that giving up individual will to the government is the only way to become free again, since trusting your life to a society eliminates the need to constantly be worrying about self-preservation. According to this theory, both obesity and hunger could be solved by everyone’s surrender of private interests. The general will of humanity is for everyone to have adequate food and be healthy; surrender of private will leads to the success of the general will.

What should be important to the average American, individual rights or the rights of humanity as a whole? Access to adequate food is a basic human right; consuming and wasting more food than is necessary prevents another person from exercising their right to food. Even though that other person is across the world and invisible to us, the effect of living unsustainably ripples across the planet. In order to preserve the future of both the United States and the rest of the world, Americans may soon need to accept governmental limitations on food, water and waste. This is one case in which individual rights may not succeed the rights of the population for a sustainable future.