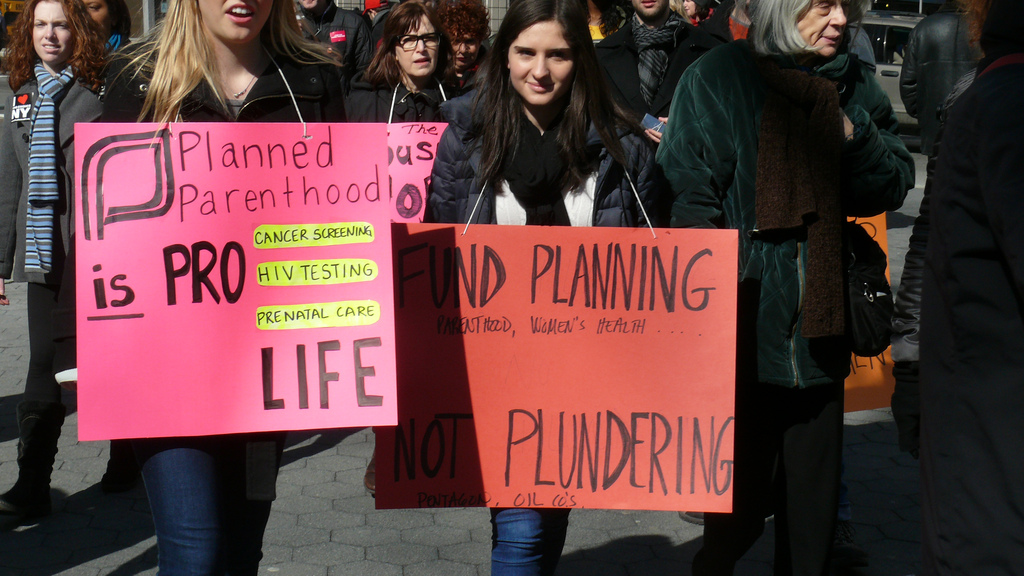 Last Friday, the House of Representatives, largely led by Republicans, passed a bill that would defund Planned Parenthood. This means that Planned Parenthood would no longer be able to receive funding from the government. Though the bill is expected to die in the Senate, house Republicans are considering forcing a government shutdown over the issue.

Although Republicans have never been supporters of Planned Parenthood due to their views on abortion, the latest push comes from a series of videos released mid-summer. The first video, created by an anti-abortion group led by David Daleiden, runs in full about three hours, but most people (over 1 million YouTube views) have only seen the shorter, eight minute version. The videos appear to show graphic scenes of legally questionable abortion practices, as well as the selling of parts of the aborted fetus, which is both illegal and considered by many to be unethical in the extreme

Planned Parenthood has responded that the videos are edited to be deliberately misleading. They claim that even the “unedited” versions are stitched together in such a way as to make perfectly legal conversations about donating tissue for scientific research (for reimbursement – not profit) appear to be a bloodthirsty attempt to gain profit through abortion. However, at this point it seems to be a real case of he-said-she-said, and it’s difficult to determine the reality of the situation.

Also of some importance is the fact that abortion services only account for 3% of Planned Parenthood’s activities, and government funding is already forbidden by federal law to be used for abortions. Some of Planned Parenthood’s less ethically uncertain practices include cancer screening (16%), STD testing (35%) and contraception (35%). To some, loss of these services for many below the poverty line (over 75%) seems like throwing the baby out with the bathwater. But for others, the cost of potentially illegal abortion practices are too high a price to pay.

Is it morally wrong to make a profit off of fetal tissue? Should Planned Parenthood be defunded? Is the potential selling of fetal tissue, or even just the abortions, worth eliminating the good that they do? Is the entrapment that was practiced by Daleiden’s group morally acceptable?