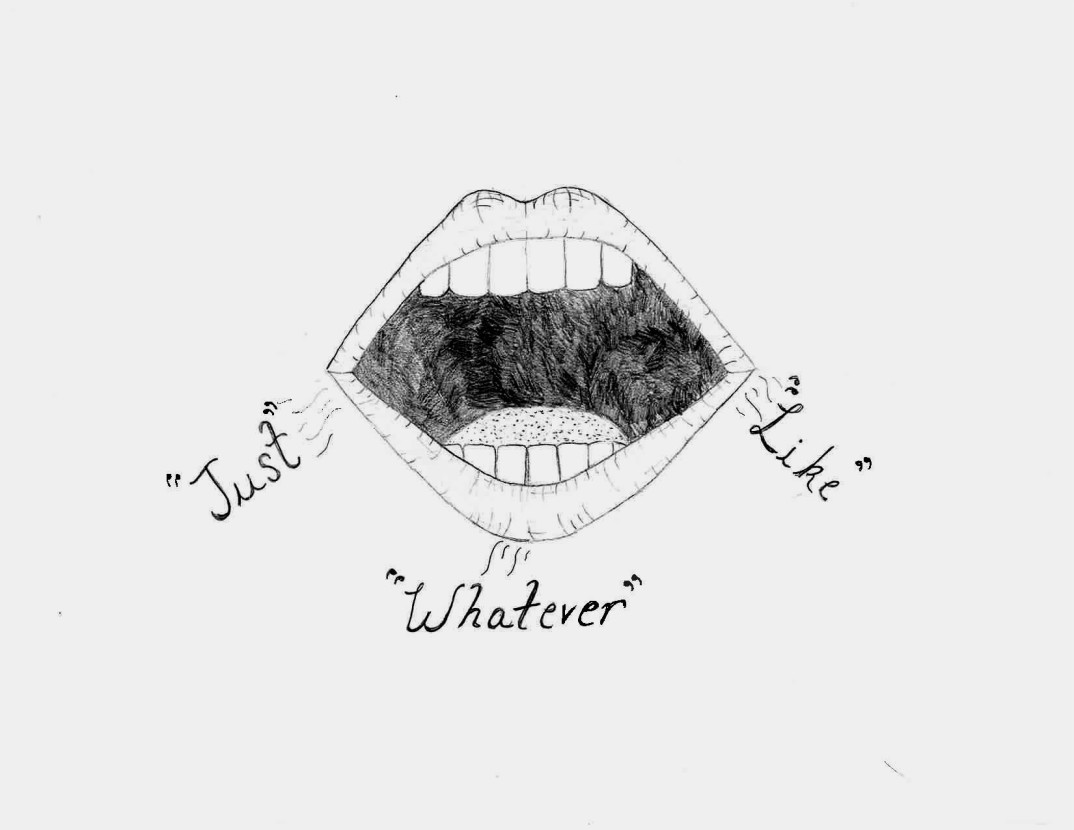 About a month ago, “Examining Ethics,” Prindle’s podcast, opened with a brief discussion of women’s vocal tics. The issues and opinions surrounding such tics as vocal fry, upspeak, and use of “like” and “just” frequently have been on my mind lately as well.

Vocal fry has gotten a lot of flak for sounding disinterested, and some news stations seem shocked at the traction it has in the younger generation. Faith Salie, interviewed by CBS in 2013, incredulously calls these younger girls “linguistic innovators.” Perhaps she should have a little more faith: in my History of the English Language class, we learned that the single group with the most linguistic clout in the long run is people under 18. And in the younger generations, vocal fry is serving its purpose: it is reported to sound upwardly mobile and urban.

However, as time has gone on and voice fads change, vocal fry is falling by the wayside in popularity. According to the University of Miami in a recent study, vocal fry is now considered more negative than it was even two years prior to the study. Unsurprisingly, there is a double standard involved. Male speakers of British English are traditionally the largest users of vocal fry, and according to an NPR interviewee, Dr. Penny Eckert, “…it’s considered a sign of hyper-masculinity.”

Upspeak is more concerning to me personally, especially because I know I’m deeply guilty of it. The moment that I doubt myself in class or a business situation, the pitch of my voice skyrockets, betraying my uncertainty and transmuting what was probably a valid point into a question. But it’s not so simple to order me (and women everywhere) to just stop it and break free. For many, it’s a deeply ingrained habit that can’t vanish overnight. And stopping the steady upward slope of my sentences shouldn’t really be the end goal anyway, when men also engage in upspeak, and seem to manage just fine.

What men and women speak about and how they express it is subject to criticism frequently as well. The use of words such as “like” and “just” are central to that debate. As Ann Friedman suggests, it’s “a sign of highly evolved communication.” Men also tend to discuss technical things in casual conversation, and women discuss more personal stories.  I’m not sure that making the issue into a debate over communication and personal interlocutor should be the point either. At the end of the day, differences in conversation are more a matter of social context than true gender differences (as shown by Kate Harrington in her 2008 article, “Perpetuating Differences”).

So how do we reconcile the individual social context and the business contexts that women are so often excluded from or criticized for? So often, women are told to change the way they speak – Jessica Grose, in an interview with NPR, said, “I have started thinking of voice almost as the way I think about outfits.” Rationally, I suppose there’s wisdom in that – if one is capable and comfortable with voice affectation, it’s a viable strategy. However, it’s nearly impossible to escape judgment: NPR has also been criticized for “making changes” when Sabrina Fahri, their reader of underwriting credits, exhibited vocal fry.

One’s voice is a tool to be used how one sees fit. However, one’s voice is often the most personal part of everyday expression, and asking women to change it like an outfit is a harsh sentence to mete out.

It’s a hard call either way; I’m not totally sure where I stand on how women should deal with vocal tics. On one hand, I know I want to be taken seriously and respected. On the other, I don’t think I should have to change the very pitch of my voice and police my every word to make that clear. Maybe rather than demanding that women change, or defending every accidental “like” that escapes one’s mouth, awareness is the answer. Being more aware of the tiny judgments you make is the best way to start changing those judgments into a kinder, more open way of thinking. The voice is like any aspect of a personality: it’s deeply diverse, unique, and deserves value beyond the first impression.