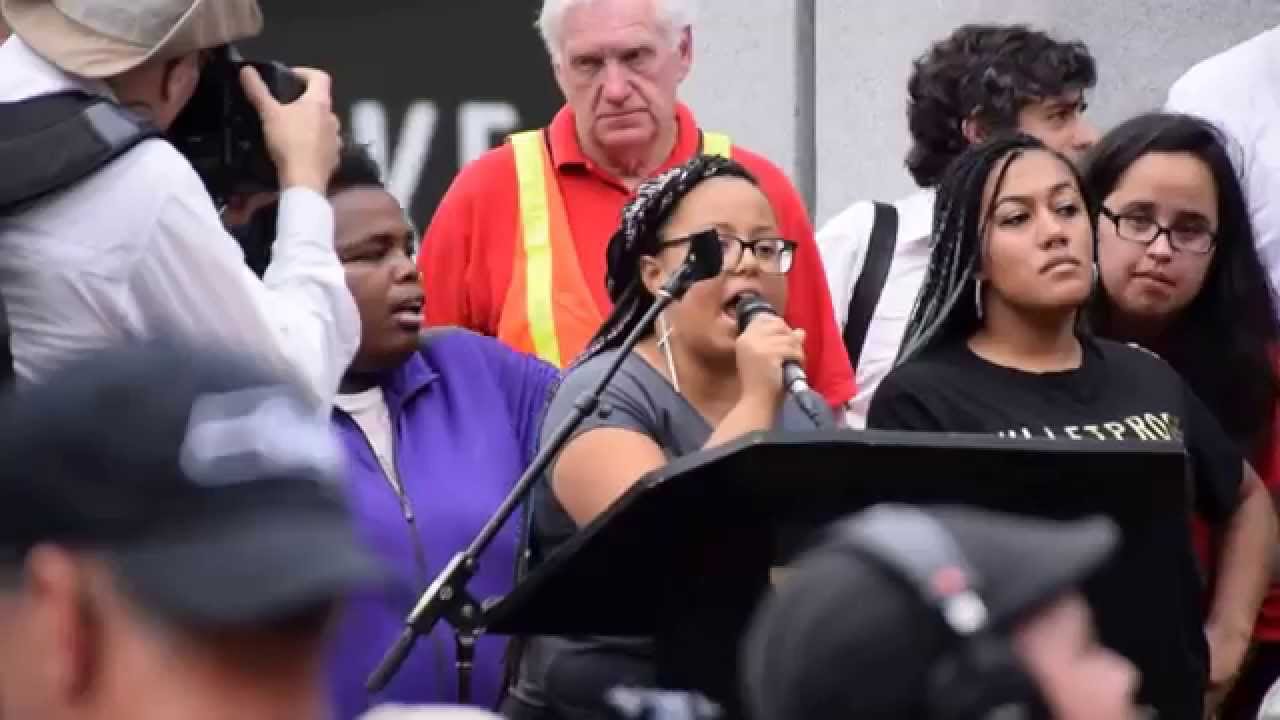 Late last week, activists affiliated with the #Blacklivesmatter movement interrupted presidential candidate Bernie Sanders at a Seattle rally. What they had to say was important, yet the substance of their protest was often sidelined in commentary about their actions. Even after their protest worked, and Sanders’ website posted a detailed campaign plan for racial justice, many still condemned the disruption. Examining why reveals the dangers of viewing such events from a single perspective – a perspective that ultimately helps reinforce sexist and racist stereotypes.

Many have been incensed by the videos, claiming that they represent a social movement gone awry. Some have said that #Blacklivesmatter is turning on its own allies – in this case, a senator who has made a career of standing against racism during the civil rights movement. Others have questioned why the protesters chose to interrupt a progressive candidate, and not a GOP candidate that had not taken a stand on issues of race at all. And in many circles, the women’s actions have been seen as an unwelcome disruption, one that only damages and destabilizes the change for which they are working.

When considering many such videos, condemning the women’s actions can feel like a natural conclusion. But what haven’t we seen? We haven’t seen activist Marissa Johnson directly addressing Sanders, counteracting his greeting to the crowd as “one of the most progressive cities” in the U.S. with tales of Seattle’s police brutality and systematic racism. We haven’t seen her struggle to be heard over the many attendees in the crowd shouting her down, yelling phrases like “how dare you” and “get off the stage.” We haven’t seen her fighting back tears as she condemns the devaluing of black life in America on the anniversary of Michael Brown’s death – life that includes her own.

Presenting the events of that day without this side of the story ultimately offers a biased rendition. It is a rendition that ultimately paints the activists as loud, angry and irrational – damaging stereotypes that have been assigned to black women for decades. It eclipses the emotions and grievances expressed during their speech, reducing the women solely to their outrage while disconnecting it from the unjust causes that fuel it. And, unfortunately, it must be questioned whether a black man, or any man, demanding control of the microphone would have received the same one-sided portrayal.

At some point in their speech, the activists call for four and a half minutes of silence for Michael Brown. They raise their fists in solidarity, asking that the crowd join them. Over their silence, the only sounds that can be heard are the dismissive jeers of people in the crowd. These voices, too, are rarely the focus of videos depicting the incident. Yet they are some that we desperately need to hear. They are the voices of one of the most progressive cities in America, shouting down black women for protesting and calling out injustices in their city. They act as a disturbing mirror of our society, where even the most forward-thinking can fall into behavior with racist and sexist repercussions, even unintentionally. These voices, too, must stay at the forefront of our thoughts.