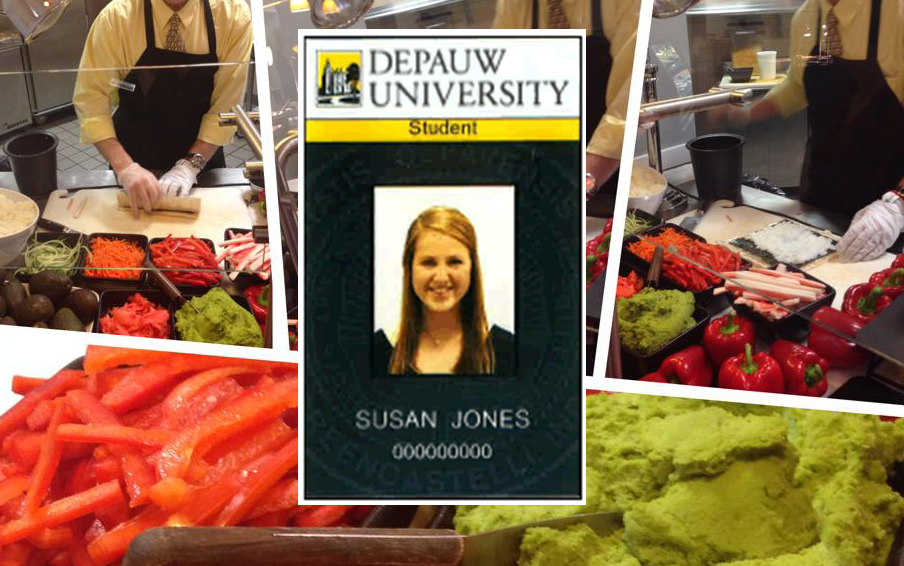 Taking into account recent emails and updates from DePauw Administration in regards to the student meal plan, students have begun to voice concerns not only about the meal plan changes, but also about the fact that the student body was not consulted about these changes that affect them so directly.  Their concerns highlight not only a need for rethinking proposed changes to the meal plan, but also the requirement for consulting with students before mandating a change to the ways they eat on campus.

Next year, the DePauw student meal plan would transition from a declining balance meal plan to a swipe system-style meal plan popular at other institutions of higher education.  Some students have equated this change in meal plan structure to “being [in] a prison,” because of the lack of choice and consultation granted to students prior to this change.   Eating on a campus that mandates residential living, students are forced to comply with whatever system the school has. However, when the University and food providers take it upon themselves to mandate where, when, and how many times a day students can hypothetically spend meal plan money, they might be going too far.

Some students have begun to fight this plan because of what it might to do the restaurants frequented by students at the Inn at DePauw. Many of the customers of these locations are indeed students. Restricting student choice when it comes to the meal plan also means restricting student means for eating and supporting the restaurants and employees of the Inn. The same goes for Starbucks and other locations; the more the university regulates the meal plan, the less choice students will have without spending additional personal funds, which some students do not have.

In an article published by The DePauw, University officials state the students will have more meals than the current meal plan provides, however, the stated “18-19 meals per week” is troubling for students who eat a standard 3 meals a day (not including late night snacks, coffee, and smoothies).  However, the idea of $200 “flex dollars” a semester might not qualm student fears about running out or being forced to eat in certain locations.

Marketing this plan as “what every other major institution does” might not necessarily sit well for DePauw students either. Tigers priding themselves on a one-of-a-kind academic experience and having an administration that looks to students before implementing new requirements is also important.  As we learned with DePauw Dialogue, RFRA, and other recent discussions, it is very important for the University to ask and take student concerns and opinions into consideration before mandating changes that affect students so directly.

***To voice their concerns more explicitly, some students have signed an online petition titled, “DePauw Students Against New Meal Plan.”