Education and a Free Society: A Libertarian Perspective (Part One) 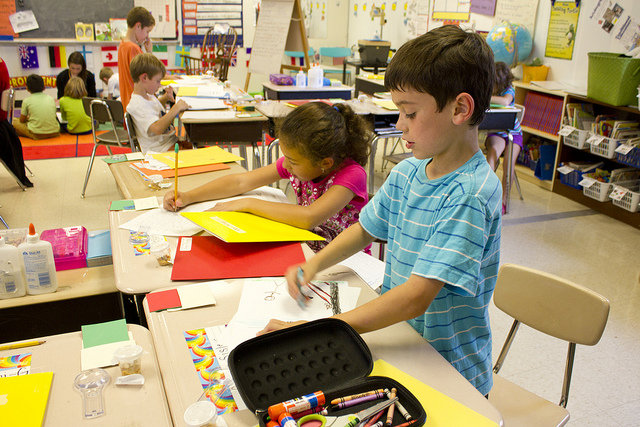 If liberty is so fundamentally important to libertarians, then they should readily support means of achieving and maintaining it. Taking it as a given that libertarians care about liberty as a primary sociopolitical value and aren’t going to change their minds about that, should they include public education amongst these means?

Dr. Cullison has argued that (1) an educated populace constitutes a public good of the kind libertarians already think governments may permissibly encourage through taxation and spending; and (2) that an educated populace actually would (or could, given the right education) defend liberty in the way that libertarians would like. The first claim is an appeal to logical consistency, and the second is an empirical claim.

To the first point: just because a libertarian (or a “minarchist” – supporter of the small state) acknowledges the collective action problems involved in providing public goods doesn’t mean that every potential public good then ought to be provided by the government. There are always complicated tradeoffs involved with policy decisions. Perhaps when we look at public education, we find that a large majority of the benefits (broadly construed) accrue to individuals, with positive spillover effects socially (in terms of GDP or something). There would then be no inconsistency problem to decide that treating education as a public good didn’t make sense, all things considered.

But, more importantly, it’s unclear that increasing amounts of education would serve the libertarian goal, as a matter of fact. The types of courses that would instill a respect for freedom in students – history, economics, political science – are conspicuously absent from most curricula, even at the college level, and taught superficially to poorly when offered. The political-bureaucratic apparatus around middle and high school education ensures that this mediocre status quo remains enshrined in perpetuity.

And funding higher education is relevantly different than funding basic K-12 education, as a public goods matter. Many of the most educated people in this country argue for free college for all, and undoubtedly dealing with one’s student loans can be incredibly stressful. But the returns of a college degree reliably exceed its costs, and they are paid out to the degree-holder in terms of increased wages. A large part of why college is so expensive is because campus life has been getting nicer, and people take plenty of fluffy but fun electives, so college is also a consumption good for its consumer (the student).

Why should taxpayers fund a long and only semi-educational vacation for students who will themselves reap most (if not all) of the financial gains later? With this hefty carrot already inherently on the table, society is unlikely to systemically under-invest in college in a way that would justify wide-scale government intervention (which can itself readily lead to over- or at least mal-investment).

Public goods considerations are supposed to keep us from overshooting on paring down the state so far that we risk lapsing back into dysfunctional society of another kind. But it’s not clear that capping public spending on education (or redistributing it more equitably, such as from rich school districts to poor) approaches that line.

As a moderate libertarian, I do find the more compelling argument for public education is indeed the individualist one. People ought not to be educated at public expense for the reason that they can (hopefully) become little cogs in the liberty-supporting political machine. On the contrary, education with a political purpose in mind can go so far as turning into manufactured consent – a state producing the consent it needs for legitimacy by its own processes (like public education).The observations that political stances are largely heritable and that voters are irrational cast further doubt on any plans to promote liberty through the education and subsequent political participation of individuals.

It might just be the other way around: broad liberties are themselves a foundational public good that generate surplus social value, more so than education per se, and should be protected by constitution and judiciary whenever possible. Widely-available education is a complicated investment, consumption, and signaling activity, and it’s the output of a free society even more than an input to it. In the next post, I will develop this argument in more detail.