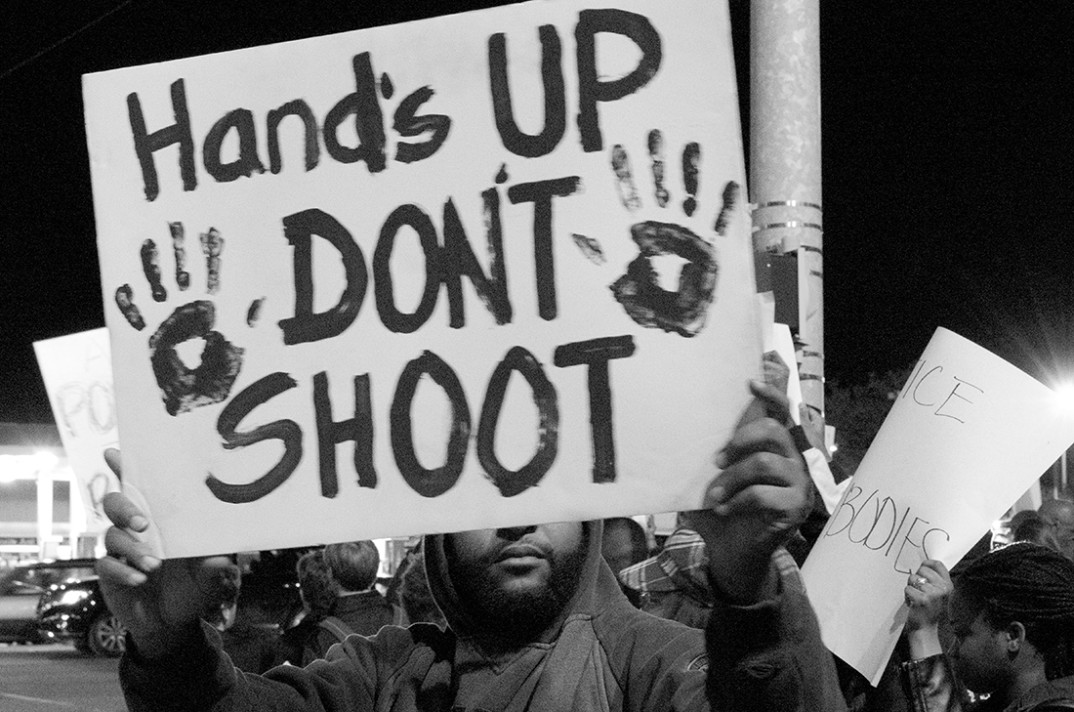 No matter the conflict, time keeps ticking by, and who better to measure it than museums? Here, the history collected is still a living, painful truth. In Ferguson, MO, the ashes of the riots after the grand jury’s decision not to indict Darren Wilson are still quite literally being cleaned up. But they are not being cleared away — the Missouri History Museum is planning an exhibit on civil rights, and this chapter of history is playing a large role.

Various t-shirts, protest signs, vestiges of burned businesses, and a program from Michael Brown’s funeral are already in the museum’s possession, and an archive of the newspaper articles has been maintained by a Ferguson citizen since Michael Brown’s death in August. The collection is intended to be unbiased — an archive of the overall atmosphere, not promoting one viewpoint over the other. For Ruth Brown, volunteer archivist of the Ferguson Historical society, “This has been more traumatic for us than you can imagine,” but she still considers the work important enough to do. So often we think of history as something far removed from our daily lives, but in Ferguson that’s obviously not the case. The curator of the museum, Gwen Morris, says, “This is a tragedy, but it’s still part of the narrative.”

In many respects, perhaps starting the introspective process of analyzing the historical implications so immediately after the events themselves will lead to future generations’ heightened understanding of the struggles. It speaks to the resilience of people to preserve these violent and tragic events, with what seems to be almost unanimous support and lack of bias. New York Times writer Mitch Smith notes,“there is a widespread sense here that Ferguson was a seminal moment both locally and nationally. With that in mind, historians decided to move quickly to preserve the unfolding events.” Is this a new, more ethical way of dealing with history? How will collecting the information now, while it’s still fresh, change future perspectives? Let us know in the comments.