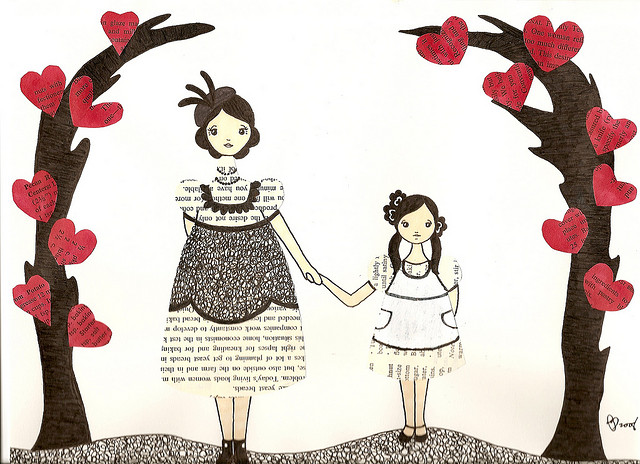 mother and daughter. by Andrea Gutierrez (CC BY NC ND 2.0)

In honor of tonight’s “Motherhood in Prison” panel discussion at Prindle, as well as my own mother’s birthday later this week, it seems fitting to discuss the one code of ethics that most individuals seem to have in common: The “Mom Test.” Often manifested in the question “Would your mother approve?”, this test reveals a hidden aspect of our individual ethical codes.

In his article, Rule #1: The Test of Ethical Behavior is Always “Would Your Mother Approve?, John Ressler explains that the question of his mother’s approval provides clear cut reasoning for what is right and what is wrong. Clearly, this test is one that relies on a strong mother-child bond, as well as an understanding of a mother’s expectations, which guide the child’s perception long after he or she has left home. Setting the role of a mother on a high pedestal, society has embraced “mother-ness” as a means of not only guidance, but as a judge of how we should act, what we should think, how we should speak, and what we should be.  It seems as though ethics is playing the “mom card” when it comes to decision making.

This is not to say that utilizing mothers, grandmothers, or other prominent female figures in order to define our ethical barometer necessarily means females, or female perception of what is right and what is wrong is inherently ethical. This does, however, pose the question to society as to why we do not as commonly ask the question, “Would your father approve?” Regardless, it seems that the role of the mother, caregiver, or role model has become a deciding factor in both how we make tough decisions and how we evaluate what we have done. In this context, our individual ethical codes rely on another’s perception of right and wrong.

It is no questions that my own mother deserves a great deal of respect. This respect is translated in my personal following of her example as a child and my efforts to rise to her expectations as an adult. It is not, however, just out of respect that I will continue to ask myself, “Would my mom think this is right?” or “What would my mother do?” These inclinations have ultimately become a part of who I am; my mother has shaped my definition of right or wrong.

Can a mother’s blessing, or the approval of another truly constitute what is ethical? Or should we reevaluate the assumption that “mother knows best?”