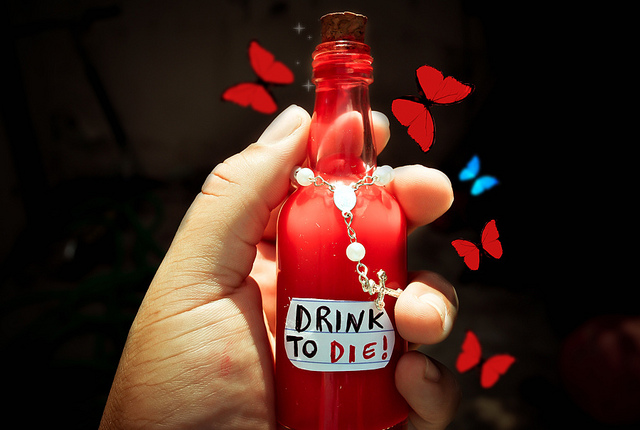 Beautiful butterflies, this drink should be good… by PG.NETO (CC BY NC SA 2.0)

Should one be allowed to choose his or her death date? Bioethicist Ezekiel Emanuel’s recent post in The Atlantic explains why he hopes to die at what many would consider the young age of 75: an age he has chosen to refuse medical treatments meant for prolonging life unnaturally. Openly opposed to legalizing euthanasia and physician-assisted dying, Emanuel presents the unique question of whether we should be able to choose when we die.

Bioethics professor John Harris of the University of Manchester and Michele Hanson of The Guardian wrote a response to Emanuel’s article in which they question whether Emanuel’s opposition to legalized death-inducing procedures contradicts his argument of choosing when to die. If one can choose not to receive life-extending care, why should actually ending his or her life not be allowed?

Maybe we should be able to choose when we die; or at least, as Emanuel contends, when we stop receiving medical care to prolong our lives. In a culture focused on working out, eating healthy, and ultimately extending our mortal lives, “the American immortal” as Emanuel coins, suggests that most would side with life saving and death prolonging procedures as the “right” way to live a post-75 life.

Emanuel’s refusal for certain types of medical care after the age of 75, however, draws attention to the contingently beating heart of this situation: the unpredictability of fading from mortality. In other words, no one is certain how exactly their decline will occur, or whether the end of their life will be more of a burden than a blessing. Using data to support the average age of maximum productivity (age 40), as well as the reality of the limitations of aging, Emanuel explains the threshold in which he will begin only to accept palliative, not curative medical care. Stating “I won’t actively end my life. But I won’t try to prolong it, either,” Emanuel is certain that his choice will produce a more favorable “end” to his life than the demise our culture supports.

In a world where immortality and extension of life seems to be the ultimate goal, should an individual be allowed to refuse medical attention, which would indeed prolong their life? More specifically, does the decision to stop receiving this type of care constitute legalization of euthanasia or physician-assisted death? Should we be allowed to die when we want to?