Won’t You Be My Neighbor: Thoughts From a Prindle Reading Group Participant 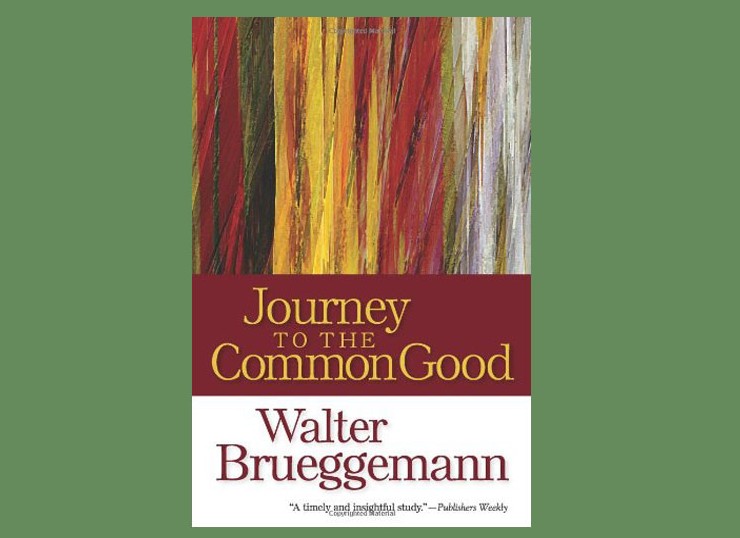 The Prindle Institute has been hosting reading groups since it’s doors opened in 2008. Over the years the groups have read books like Tangled Webs by James B. Stewart, A Perfect Moral Storm: The Ethical Tragedy of Climate Change by Stephen Gardiner, The Ethics of Life Writing edited by Paul John Eakin, and American Grace: How Religion Divides and Unites Us by Robert D. Putnam. The groups were initially open only to DePauw faculty, but over time they have been expanded to include staff, students and members of the local community. This fall, one of the groups is reading Journey to the Common Good by Walter Brueggemann and examining what it looks like to be a good neighbor in the age of Amazon, work commutes, and social media. Their first meeting was this past Monday. Discussion ranged from childhood memories of what was considered to be examples of good community, when the community failed, and what is both good and bad in our community today. Tom and Kat Holton, owners of Red Barn Farms, participated in this group discussion. Red Barn Farms is a family-owned farm located just a few miles from DePauw’s campus . This week in a weekly update to his food club members, Tom wrote the following:

I have a confession to make…growing up I was deprived of PBS so I never watched Mr. Roger’s Neighborhood nor Sesame Street.  NEVER, EVER.  My wife has often lamented that she can’t imagine how I grew up without Sesame Street.  I was good with having Cowboy Bob and I’m still in awe of Kat for having the opportunity to be on his show one time.  So where am I headed with this line of thought?  Kat and I had attended a book club sponsored by the Prindle Institute on DePauw’s campus Monday night.  The theme  of the three meetings is being a good neighbor and building a sense of community.  We honestly didn’t know what we were getting into when we arrived Monday evening but we had a great night.  There are approximately 25 people, many of them connected in some way to DePauw, who read a chapter from Walter Brueggemann’s book, The Journey to the Common Good.  We started off the night with introductions, listened to a podcast that included an interview with Mr. Rogers and then had some great discussion.  Kat and I really enjoyed the discussion and the evening as a whole…being without the four kids may have played a role in that enjoyment, but regardless it was a very good, thought-provoking night.  We look forward to the other two sessions and especially where the group may go afterwards.

One of the reasons I was so taken by the discussion was the sense of community–how that is largely lost in today’s society.  I’ve always envisioned our club programs as a sense of community based around the farm.  It’s one of the reasons I enjoy having club members come to the farm to pick up products so they can get a sense of belonging.  I love sharing the baby animals with kids (young and old).  It reminds me of the wonder of the farm as I get to see what I do through the eyes of others.

The other thing that came out of the discussion is the separation between the “haves” and the “have-nots”.  Local people are working two or three jobs just to have food.  The factories set unreasonable standards for production and attendance while paying a wage that keeps people coming to work, but not actually making a living.  As someone in the production of food, I hate the thought of anyone going hungry.  Again, I’m not sure where the discussions will go nor am I sure how this farm will play a role in the future to help meet the needs of our local community, but I know we will do something.

Although this community is surrounded with abundance, some may feel we are being held back from a deeper experience of community by a false sense of scarcity. The aim of this reading group is to consider ways we can work for the common good of DePauw, Greencastle, and Putnam County, Indiana. Have you considered what a healthy, just community looks like?