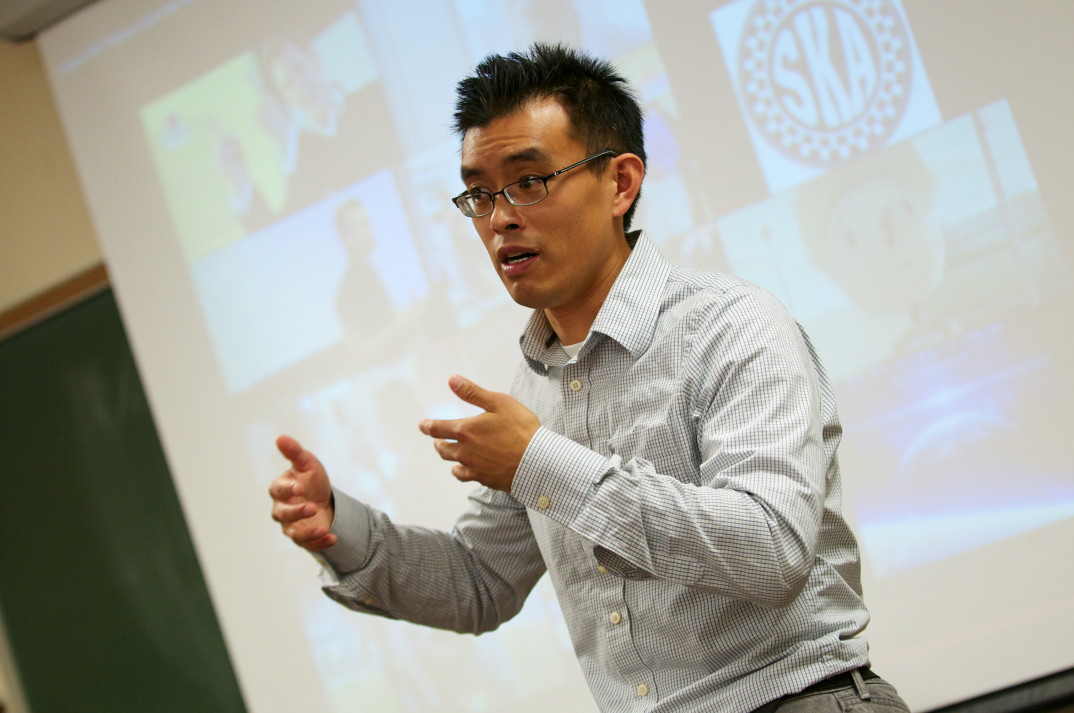 Wayne Hsiung calls himself a “Journeyman”. He advised Depauw students that you learn a whole lot about yourself and the world through diverging from a path with which you are not happy or satisfied. After studying law and working as a law professor for some time, Hsiung decided to enact change in his life by pursuing his passion for grassroots community-based organizing.

Just 10 months ago, Hsiung co-founded Direct Action Everywhere. DxE is a grassroots organization fighting for animal liberation from abuse. Hsiung emphasized the word “direct” to highlight DxE’s focus on directly challenging the opposition and inspiring a network of resistance. According to Hsiung, much of the organization’s success can be attributed to an understanding that “it’s not about being nice, it’s about being effective.” Hsiung revealed that anger is a driving force behind demonstrations.

Much of the action that DxE has taken in the last year has been in direct opposition to Chipotle’s inhumane treatment of animals. By organizing public protests at the restaurants themselves, DxE prompts customers and passersby to contemplate the ethics behind the consumption of animal products. What corporate structures and systems of oppression do we support by buying into the practices of chain restaurants like Chipotle?

Hsiung reiterated, however, that the mission of DxE is not to convert individuals into vegetarians and vegans, but instead to inspire a network of activists even if that doesn’t mean becoming vegan. It’s about “inspiring ordinary people to speak out in mass,” he says. Only then can we transform not only individual behavior, but also society’s belief systems at large. “Connect, create, inspire.” -DxE