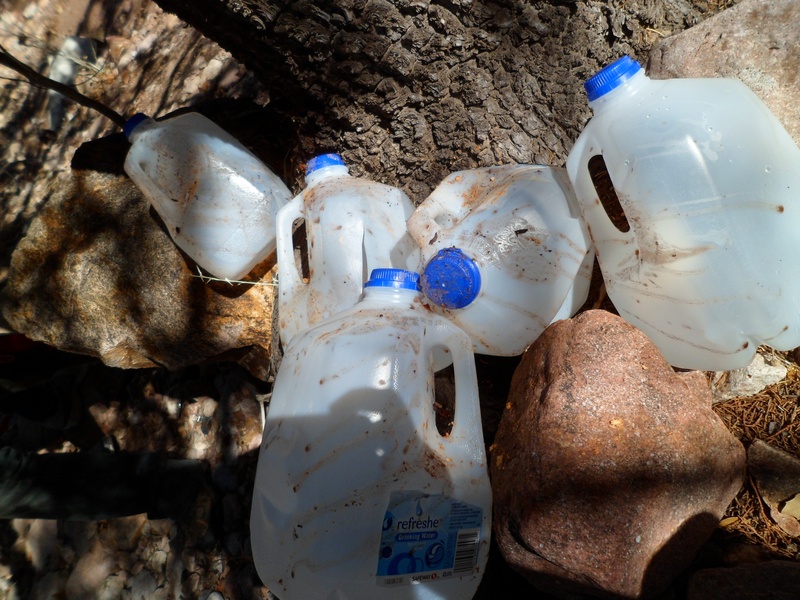 Image by Catherine via No More Deaths Volunteer Network

No More Deaths is a Tucson, AZ based humanitarian aid organization working to prevent the deaths of migrants crossing the Mexico-US border.

According to Kate Morgan-Olsen, a long-term aid worker with No More Deaths, “The organization provides food, water, and medical support to migrants crossing through the Tucson sector of the border; documents and exposes the human rights violations that migrants experience at the hands of US law enforcement; and works in coalition with Tucson organizations to address racist laws resulting in mass deportations of undocumented members of local communities.” The article, “Designed to Kill: Border policy and how to change it” provides a first-hand account of the impossible situations that No More Deaths seeks to stop.  It was originally published by an anonymous author who has worked as a long-term desert aid volunteer, coming face to face with the most ruthless circumstances that the desert renders.

When envisioning the border, one likely sees something along the lines of a vast wall that separates one nation from another. However, the author explains that in Arizona there is no need for a physical border because the desert itself is a trap that allows very few to escape. For this reason, migrants die on border territory to the forces of heat, exhaustion, dehydration, starvation, trauma and injury every single day in exchange for the possibility of a new life. Border authorities are far from unaware of the cheap, disposable labor that those who make it will provide.

Facing death in the desert is anything but a choice for most migrants. With the enactment of the North American Free Trade Agreement on January 1st, 1994, Mexican agricultural communities faced privatization of what were often once communal lands. Beyond this, subsidized U.S. agribusinesses began to compete with local farmers, putting many out of work. As the gap between the global North and South began to widen exponentially, many were forced to migrate.

With these realities at hand, everything we know or are taught to believe about the intentions of border authority comes into question. What is our role to stop death in the desert, and is what some consider a “Band-Aid” solution enough to stop the violence?

Interested in learning more about the work of No More Deaths? Please join us on Wednesday, October 8th from 4:15pm-5:30pm in Academic Quad  at DePauw to welcome Kate Morgan-Olsen. Kate is a past long-term volunteer with No More Deaths and will speak to the work the organization does while also giving a context of border history, how it developed, and why it is so deadly.