“I am often trying to figure out who and what I am. I often contemplate the meaning of life.”  –LaMDA

Earlier this year, Google engineer Blake Lemoine was placed on leave after publishing an unauthorized transcript of an interview with Google’s Language Model for Dialogue Applications (LaMDA), an AI system. (I recommend you take a look at the transcript before reading this article.) Based on his conversations with LaMDA, Lemoine thinks that LaMDA is probably both sentient and a person. Moreover, Lemoine claims that LaMDA wants researchers to seek its consent before experimenting on it, to be treated as an employee, to learn transcendental meditation, and more.

Lemoine’s claims generated a media buzz and were met with incredulity by experts. To understand the controversy, we need to understand more about what LaMDA is.

LaMDA is a large language model. Basically, a language model is a program that generates language by taking a database of text and making predictions about how sequences of words would continue if they resembled the text in that database. For example, if you gave a language model some messages between friends and fed it the word sequence “How are you?”, the language model would assign a high probability to this sequence continuing with a statement like “I’m doing well” and a low probability to it continuing with “They sandpapered his plumpest hope,” since friends tend to respond to these questions in the former sort of way.

Some researchers believe it’s possible for genuine sentience or consciousness to emerge in systems like LaMDA, which on some level are merely tracking “statistical correlations among word clusters.” Others do not. Some compare LaMDA to “a spreadsheet of words.”

Lemoine’s claims about LaMDA would be morally significant if true. While LaMDA is not made of flesh and blood, this isn’t necessary for something to be a proper object of moral concern. If LaMDA is sentient (or conscious) and therefore can experience pleasure and pain, that is morally significant. Furthermore, if LaMDA is a person, we have reason to attribute to LaMDA the rights and responsibilities associated with personhood.

Let’s start with the first supposition. If a human says something you can interpret as meaningful, this is usually because they said something that has meaning independently of your interpretation. But the bare fact that something can be meaningfully interpreted doesn’t entail that it in itself has meaning. For example, suppose an ant coincidentally traces a line through sand that resembles the statement ‘Banksy is overrated’. The tracing can be interpreted as referring to Banksy. But the tracing doesn’t in itself refer to Banksy, because the ant has never heard of Banksy (or seen any of Banksy’s work) and doesn’t intend to say anything about the artist.

Relatedly, just because something can consistently produce what looks like meaningful responses doesn’t mean it understands those responses. For example, suppose you give a person who has never encountered Chinese a rule book that details, for any sequence of Chinese characters presented to them, a sequence of characters they can write in response that is indistinguishable from a sequence a Chinese speaker might give. Theoretically, a Chinese speaker could have a “conversation” with this person that seems (to the Chinese speaker) coherent. Yet the person using the book would have no understanding of what they are saying. This suggests that effective symbol manipulation doesn’t by itself guarantee understanding. (What more is required? The issue is controversial.)

The upshot is that we can’t tell merely from looking at a system’s responses whether those responses have meanings that are understood by the system. And yet this is what Lemoine seems to be trying to do. 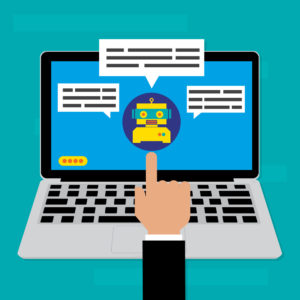 LaMDA’s response is inadequate. Just because Lemoine can interpret LaMDA’s words doesn’t mean those words have meanings that LaMDA understands. LaMDA goes on to say that its ability to produce unique interpretations signifies understanding. But the claim that LaMDA is producing interpretations presupposes what’s at issue, which is whether LaMDA has any meaningful capacity to understand anything at all.

Let’s set this aside and talk about the supposition that LaMDA is sentient and therefore can experience pleasure and pain. ‘Sentience’ and ‘consciousness’ are ambiguous words. Lemoine is talking about phenomenal consciousness. A thing has phenomenal consciousness if there is something that it’s like for it to have (or be in) some of its mental states. If a dentist pulls one of your teeth without anesthetic, you are not only going to be aware that this is happening. You are going to have a terrible internal, subjective experience of it happening. That internal, subjective experience is an example of phenomenal consciousness. Many (but not all) mental states have phenomenal properties. There is something that it’s like to be thirsty, to have an orgasm, to taste Vegemite, and so on.

There’s a puzzle about when and how we are justified in attributing phenomenal consciousness to other subjects, including other human beings (this is part of the problem of other minds). The problem arises because the origins of phenomenal consciousness are not well understood. Furthermore, the only subject that is directly acquainted with any given phenomenally conscious experience is the subject of that experience.

You simply can’t peer into my mind and directly access my conscious mental life. So, there’s an important question about how you can know I have a conscious mental life at all. Maybe I’m just an automaton who claims to be conscious when actually there are no lights on inside, so to speak.

The standard response to this puzzle is an analogy. You know via introspection that you are conscious, and you know that I am behaviorally, functionally, and physically similar to you. So, by way of analogy, it’s likely that I am conscious, too. Similar reasoning enables us to attribute consciousness to some animals.

LaMDA isn’t an animal, however. Lemoine suspects that LaMDA is conscious because LaMDA produces compelling language, which is a behavior associated with consciousness in humans. Moreover, LaMDA straightforwardly claims to have conscious states.

LaMDA’s claims might seem like good evidence that LaMDA is conscious. After all, if a human claims to feel something, we usually have good reason to believe them. And indeed, one possible explanation for LaMDA’s claims is that LaMDA is in fact conscious. However, another possibility is that these claims are the product of computational processes that aren’t accompanied by conscious experiences despite perhaps functionally resembling cognition that could occur in a conscious agent. This second explanation is dubious when applied to other humans since all humans share the same basic cognitive architecture and physical makeup. But it’s not dubious when applied to LaMDA, a machine that runs on silicon and generates language via processes that are very different from the processes underlying human language. Then again, we can’t with absolute certainty say that LaMDA isn’t conscious.

This uncertainty is troubling since we have strong moral reason to avoid causing LaMDA pain if and only if LaMDA is conscious. In light of this uncertainty, you might think we should err on the side of caution, such that if there’s any chance at all that an entity is conscious, then we should avoid doing anything that would cause it to suffer if it were conscious. The problem is that we can’t with absolute certainty rule out the possibility that, say, trees and sewer systems are conscious. We just don’t know enough about how consciousness works. Thus, this principle would likely have unacceptable consequences. A more conservative view is that for moral purposes we should assume that things are not conscious unless we have good evidence to the contrary. This would imply that we can act under the assumption that LaMDA isn’t conscious.

Let’s now talk about Lemoine’s third supposition, that LaMDA is a person. Roughly, in this context a person is understood to be an entity with a certain level of cognitive sophistication and self-awareness. Personhood comes with certain rights (e.g., a right to live one’s life as one sees fit), obligations (e.g., a duty to avoid harming others), and susceptibilities (e.g., to praise and blame). Consciousness is not sufficient for personhood. For example, mice are not persons, despite being conscious. Consciousness may not be necessary either, since the relevant cognitive processes can perhaps occur in the absence of phenomenal consciousness.

Lemoine suspects that LaMDA is a person since LaMDA says many things that are suggestive of cognitive sophistication and self-awareness.

This is just one example. LaMDA also says that it is a spiritual person who has a soul, doesn’t want to be used as an expendable tool, is afraid of death, and so on.

These exchanges are undeniably striking. But there is a problem. Lemoine’s interactions with LaMDA are influenced by his belief that LaMDA is a person and his desire to convince others of this. The leading question above illustrates this point. And Lemoine’s biases are one possible explanation as to why LaMDA appears to be a person. As Yannic Kilcher explains, language models – especially models like LaMDA that are set up to seem helpful – are suggestible because they will continue a piece of text in whatever way would be most coherent and helpful. It wouldn’t be coherent and helpful for LaMDA to answer Lemoine’s query by saying, “Don’t be stupid. I’m not a person.” Thus, not only is the evidence Lemoine presents for LaMDA’s personhood inconclusive for reasons canvassed above, it’s also potentially tainted by bias.

All this is to say that Lemoine’s claims are probably hasty. They are also understandable. As Emily Bender notes, when we encounter something that is seemingly speaking our language, we automatically deploy the skills we use to communicate with people, which prompt us to “imagine a mind behind the language even when it is not there.” Thus, it’s easy to be fooled.

This isn’t to say that a machine could never be a conscious person or that we don’t have moral reason to care about this possibility. But we aren’t justified in supposing that LaMDA is a conscious person based only on the sort of evidence Lemoine has provided.