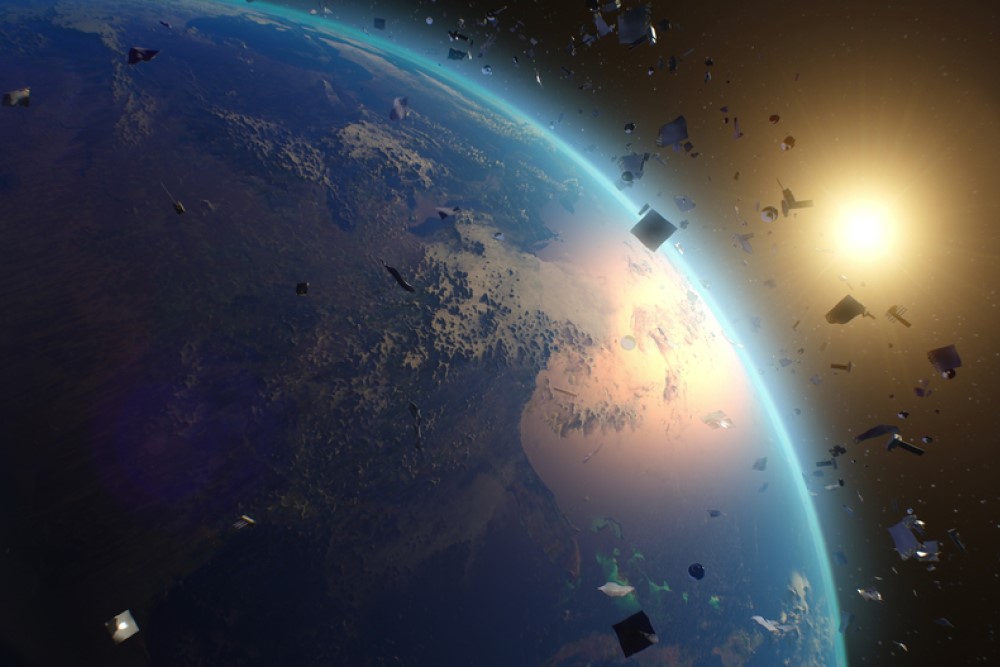 Last month, NASA submitted a five-page letter to the Federal Communications Commission outlining their concerns with SpaceX’s Starlink “mega-constellation” of satellites. Initially launched in May 2019, Starlink is a way of providing high-speed broadband internet across the world ‘beamed-down’ by a massive network of satellites in low Earth orbit (LEO). The network was originally intended to comprise 12,000 satellites, but at the end of 2019 SpaceX sought approval for an additional 30,000 satellites.

That’s a lot of satellites. But space is massive, so why be concerned?

Well, while space might be big, LEO is not. And it’s getting awfully crowded up there. Despite the fact that it’s been only 65 years since the launch of the first artificial Earth satellite, there are now more than 25,000 objects being tracked in orbit — with about 6,100 of these below 600km. The more objects in orbit, the greater the likelihood of a devastating impact. And collisions are so much worse in space. First, there are the extreme velocities in play: in order to maintain a LEO, satellites must travel at a mind-boggling speed of around 17,000mph. Second, there is the far more complicated way in which high-speed matter interacts in space. When two cars collide on Earth, there’s a brief moment of carnage before all movement comes to a halt. This is not so in LEO. Every time two objects impact, they shatter into many smaller pieces. And these pieces keep moving — exponentially increasing the likelihood of yet another collision. This “space junk cascade” is a real concern for anyone putting objects into orbit. It even has a name: the “Kessler Syndrome.” Small pieces of orbital debris might not sound like a huge problem — but at the ridiculously high speeds mentioned above, they are. A single 3mm piece of aluminum debris traveling at normal LEO orbital speed is equivalent in energy to a bowling ball traveling at 60mph.

Introducing an additional 42,000 satellites to the already crowded high-speed orbital highway greatly increases the chances of a devastating collision occurring. Indeed, that’s probably why Starlink already accounts for more than half of the close encounters in LEO. Such a collision will, at best, come at a huge financial cost and potentially create massive disruptions to worldwide communication. At worst, it may even lead to the loss of life. Just three months prior to NASA’s letter, a Chinese space station occupied by three astronauts had to take evasive action in order to avoid such a collision.

Starlink has also raised problems on the ground. The satellites are described as a “mega constellation” for a reason — they are clearly visible from the Earth’s surface. But the high speeds of these satellites mean they don’t move in concert with other constellations, and instead streak across the sky at a much faster rate. This is devastating for anyone (professional or amateur) seeking to photograph the night sky, since Starlink satellites appear as a bright line across any long-exposure astrophotography. As a result, these satellites now ‘photobomb’ a fifth of Caltech’s telescope images — images that are intended to detect (and warn us of) near-Earth orbit asteroids.

All of these problems have come about while Starlink has only around 1900 satellites (about 1/20th of its total expected network) in orbit. Things will only get worse as the network expands.

Limiting congestion in LEO is therefore good for a number of reasons: It reduces the likelihood of collisions (and the resulting potential for destruction and death); it gives us an improved ability to photograph and document the night sky; and — at its simplest — it provides all of us with a better chance of enjoying an unfettered view of the cosmos. In this way, then, an uncongested LEO is extrinsically valuable — that is, it’s valuable because it gets us other good things.

A simple thought experiment can show if such an idea has weight: Suppose that in a million years, humans no longer exist. Instead, in our place is a planet flourishing with a diverse range of animal life. Suppose, then, that one day — perhaps due to some astronomical cataclysm — the earth was to wink out of existence. Would this be a bad thing? If your answer is “yes,” then it’s likely that you think nature has value beyond what it can give humans. Put another way, you believe that the natural world has intrinsic value. Those plants, rivers, and mountain views might all provide some benefit to humans, but their value goes far beyond this. And we might argue that the same is true of space.

In this way, an unfettered view of the cosmos isn’t just good because of the benefits that it brings humans. It’s also intrinsically valuable. And polluting that vista just so that we can rewatch the Baby Shark Dance a little more easily is hard to justify.