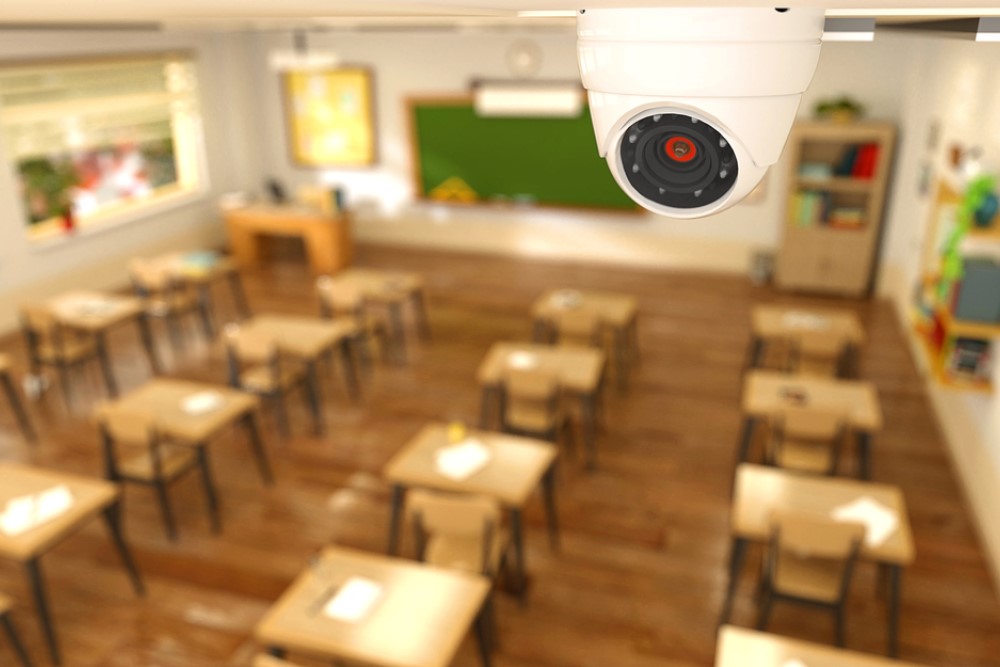 House Bill 5722 is a new proposal stirring up controversy in Michigan’s state Senate. The bill, introduced by Republican state representatives, would require teachers at public schools across the state to submit lesson plans, assignments, class readings, quizzes, and all other class material to a public database, in the name of “curriculum transparency.” Districts that fail to comply with these rules would lose 5% of their total state funding. The bill aims to address the concerns of parents who worry that their kids are being taught radical political agendas or curricula that are in opposition to their personal values. “This is a perfect opportunity for the schools and parents to work together instead of creating this perception of ‘what are you trying to hide?’” said Rep. Gary Eisen, of St. Clair Township. Over a dozen states have proposed similar curriculum transparency bills. The immediate context for the sudden flood of interest in public school curriculum is fueled by the ongoing national conversation concerning “critical race theory,” a little-understood academic discipline that has become a looming fear in the minds of a sizeable percentage of Republican voters. Specifically, conservatives worry that public school curriculum is teaching “critical race theory” along with other “racially and politically divisive materials” such as the 1619 Project.

Unsurprisingly, the bill has received pushback from public school teachers, who emphasize the unrealistic burden that such “transparency” would place on them. Lesson plans that may, after decades of teaching the same topic, exist only in the minds of the teachers themselves, would need to be transcribed, organized, and filed, before being uploaded. In Indiana, a bill proposing such measures requires teachers to upload the entire year’s collection of curricula, lesson plans, and assignments before the first day of school. Changes to the schedule after upload are not allowed. Because teachers often need to change plans at the last minute, educators allege that this would cause the quality of public education to suffer greatly. Additionally, many worry about the repercussions of — and motivations behind — such unprecedented parental oversight of the minutiae of each day’s lessons. Of course, there are already many ways that parents can access the details of their children’s education; for example, parent-teacher meetings, opportunities to join the Parent Teacher Association, or simply contacting the educators directly. Requiring teachers to put all of their lesson plans online — in addition to bills proposed in multiple states that would see teachers penalized for teaching material that makes students feel “uncomfortable” — understandably has educators worried about their careers. Recently, the ACLU tweeted: “Curriculum transparency bills are just thinly veiled attempts at chilling teachers and students from learning and talking about race and gender in schools.”

Aside from the specific background conditions undergirding this new flush of interest in their children’s lesson plans, is there good reason to think that parents of children enrolled in public education have the right to virtually access everything their children are being taught in school? Parental rights are extensive, and for good reason. As the 20th century political philosopher John Rawls argued, maintaining a pluralistic society necessitates allowing children to be brought up under many different parenting styles, value systems, and worldviews, insofar as those views area “reasonable” — that is, able to coexist alongside a shared vision for a unified pluralist state. Only under very extreme conditions do parents typically lose custody of their children; even then, the usual goal of protective services is to place the children back with parents or extended family as soon as it is safe to do so. Yet, parental rights have limits. Parents cannot legally prevent their children from accessing preventative medical care, life-saving procedures, or primary education. In most states, even families who choose to homeschool are required to have their children take standardized tests, to make sure that they are getting an adequate education at home.

Perhaps part of the worry is what is included in an “adequate” education. For example, some people accept flat-earth theory, and reject the idea that the earth is globular. Further, a much larger subset of Americans do not believe in evolution by natural selection. As of 2019, around 40% of Americans rejected the idea that human beings have evolved over time, accepting instead a view that God created humans in roughly the same form as present-day hominids. This makes evolution, if not scientifically controversial, extremely socially controversial. And throughout the 20th century court battles raged regarding the ethics of teaching evolution in the public schools. How can we think about the ethics of teaching socially-controversial issues — including issues related to race and the interpretation of historical events — especially when little or no controversy exists among scholars in the respective fields? And to what extent should parents be allowed to influence the curriculum of the public schools their children attend?

The answer, it seems, will require first answering another question: what is the role and purpose of public education? The obvious response would seem to be that the education of all citizens is a public good that all American citizens benefit from. It is a public good because a country of educated citizens will tend to have lower poverty rates, higher rates of employment, better health outcomes, and more innovation. This public benefit legitimizes the taxes that all citizens pay toward the system, regardless of whether they have children attending. The 20th century American philosopher John Dewey went even further, arguing that public education was a necessary condition for a flourishing democracy:

[A] government resting upon popular suffrage cannot be successful unless those who elect and who obey their governors are educated. Since a democratic society repudiates the principle of external authority, it must find a substitute in voluntary disposition and interest; these can be created only by education.

In order to secure these benefits, however, it is necessary that school curricula not be at the mercy of individual districts. If it were, we could expect to see wildly different educational outcomes between districts, due to students learning different material — and this would undermine the general public good served by the public education system. Because different districts across different states will differ dramatically in terms of political and social values, one thing everyone ought to be able to agree on is that all public-school students should all learn approximately the same things in the same subject areas. There is legal precedent to prohibit any form of educational policy changes that could lead to wildly disunified outcomes. In the landmark Supreme Court case, Brown vs. Board of Education, defendants of segregation argued for their position largely on the basis of parental choice: parents in a district should have some control over the way that district is run with respect to racial integration or segregation. The ruling in this case, which ultimately led to the desegregation of the public-school system, was based on the following line of reasoning: that leaving districts with the choice between segregation and integration would result in unequal educational outcomes across districts and states, and was therefore unviable as a public educational policy. If there is good reason to think that parental control over school curriculum would have similar results, then Brown provides a legal precedent for safeguarding individual districts from local efforts to make significant changes to the curriculum.

However, even the general consensus on the national benefit of a public education system appears to be waning. Bills across the nation are proposing states adopt a “voucher system” of school funding. In a voucher system, rather than each taxpayer paying a certain amount of tax dollars toward their public-school district, parents of children may instead use those dollars as a “voucher” that will follow their child/children into whatever form of schooling the parents decide on: public, charter, private, or homeschooling. In states where private school and homeschooling are very popular, such a distribution of tax dollars would leave the public-school system impoverished — likely beyond the ability to function, and certainly with far fewer resources than they had previously. Some states, like Indiana, already have a limited voucher system in place, which has seen districts such as Fort Wayne losing over $100,000 per year in annual government funding — and these numbers are rising exponentially. Indiana’s current voucher system is rather limited: capped at 7500 students, with earning limits on families who would like to take advantage of these benefits. Many bills currently sitting in state senates have no such restrictions. Until the nation can once again unite over the benefit and value of a national public education, arguments against maximal parental control may have no traction. A unified vision of the purpose and value of a public education system must therefore be urgently pursued.