The Colston Four and the Rule of Law 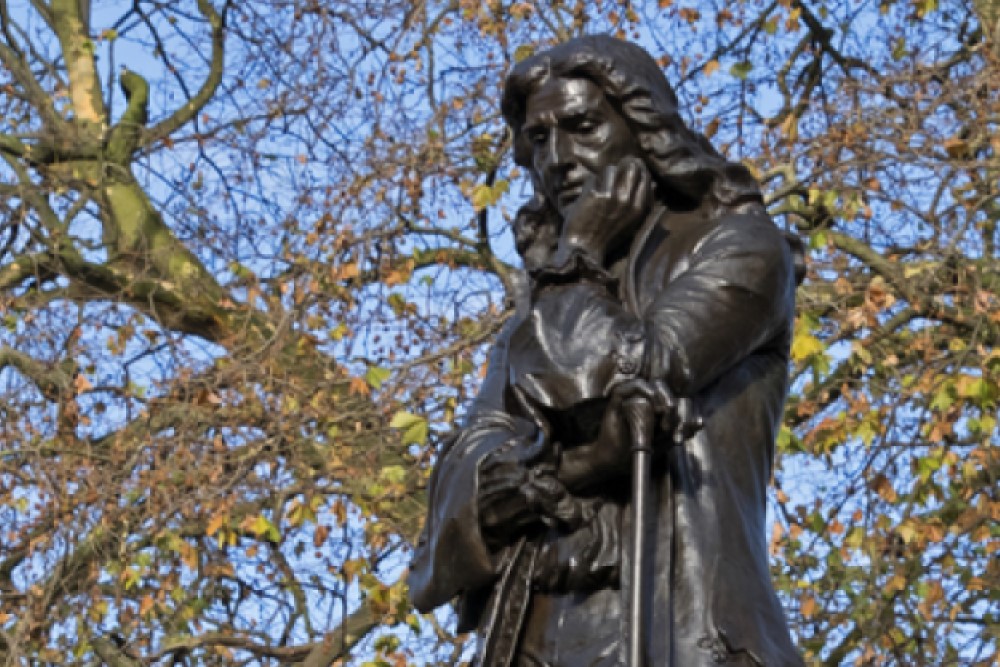 George Floyd’s murder sparked protests around the world. While Floyd’s death acted as a catalyst for demonstrations, the longstanding systemic injustice faced by Black and indigenous people of color helped fuel the 2020 demonstrations. In the U.K. city of Bristol, this anger found itself a lightning rod in the form of a statue of the 17th-century slaver Edward Colston. During the second day of protests, demonstrators tore down the monument, dragged it several hundred meters, and dumped it in Bristol’s harbor – no small feat given that the bronze statue stood over 8 ft tall (2.64m). The statue’s symbolic and literal dethroning was big news, reported by outlets like the BBC, Fox News, CNN, and Time, amongst numerous others.

Last week, four people implicated in the statue’s removal – nicknamed the Colston Four – were cleared of criminal damage charges by Bristol Crown Court. The defendants claimed that the statue’s presence represented a hate crime, so its removal was lawful. The prosecutors argued that it didn’t matter who the figure was; it was a simple case of criminal damage. The prosecution failed to convince the jury.

The Colston Four’s acquittal has been both celebrated and panned. Some, such as Professor David Olusoga, assert that the statue’s removal helps rectify an injustice started at its erection in 1895 (some 174 years after Colston’s death). Others, including several U.K. MPs like Tom Hunt, have criticized the decision, saying it highlights a weakness in the legal system itself and questions the role of juries. A quick perusal of the comment section of any news article about the case, and especially its outcome, shows just how divisive this topic has become.

Attributing some of this division to confusion, Suella Braverman, the U.K.’s Attorney General, suggested that she’s considering referring the case to the Court of Appeal. This referral would not look to overturn the outcome. Rather, as Braverman tweeted, it would ensure that “senior judges have the opportunity to clarify the law for future cases.” While she has not made any indication as to whether she will refer the case upwards, it wouldn’t be surprising if the matter is escalated (at least, given the British government’s recent attitudes towards the law, I wouldn’t be surprised).

The confusion here seems to come from the jury’s decision being so at odds with the law as previously applied – that people who have damaged public property have been punished. The Colston Four verdict may strike some as so contradictory to this principle that they feel justified in arguing that the jury’s verdict was wrong. But what does it mean to be wrong in the context of the law? Is it even possible?

Philosopher Ronald Dworkin thought the answer lay in the concept of integrity (he focuses on judges, but the work can also be applied to juries). Like how a person or a building can have integrity, Drowkin thought so could the law. He argued that when a judge decides a case’s outcome, that decision must have both ‘fit’ and ‘appeal’. Fit means the decision must, in some sense, follow the decisions of similar cases that have come previously. Appeal means that such decisions must adhere to the moral evaluations related to justice and rights. So a decision balancing the demands of precedent with broader jurisprudential concerns would be a, if not the, correct decision. If it fails in this regard, we’d be right in saying that the decision was incorrect. Dworkin uses the example of a chain novel – a single narrative where each section is written by different authors – as illustration, writing:

The novelist’s interpretation need not fit every bit of the text. It is not disqualified simply because he claims that some lines or tropes are accidental, or even that some elements of plot are mistakes because they work against the literary ambitions the interpretation states. But the interpretation he takes up must nevertheless flow throughout the text; it must have general explanatory power. [… Each contributor] may find that no single interpretation fits the bulk of the text, but that more than one does. The second dimension of interpretation then requires him to judge which of these eligible readings makes the work progress best, all things considered.

So, sentencing the Colston Four to 25 years in jail would be wrong as it would have neither fit nor appeal – it would not fit in with the chain novel of law as previously written.

But what happens when the demands for fit and appeal are opposed. How does one decide which should be emphasized? This seems to be the source of the tension in the Colston Four case. It has two opposing needs. Fit seems to require punishment for causing public property damage; appeal requires acquittal because removing racist memorials appears just.

For Dworkin, it is still possible to have a correct answer, and not just in a subjective sense (i.e., it’s wrong because I don’t like it). Instead, theoretically, at least, results can be right or wrong in an absolute sense. Much like how one figures out the correct answer to a crossword puzzle by interpreting clues and seeing how various solutions fit with those already given, the correct answer to hard cases can be revealed by considering existing case law and seeing how these fit with ethical concerns. In short, legal outcomes can be judged better or worse not according to external standards but by appealing to the nature of law itself.

What does this mean for the Colston Four, then? A black-letter reading of the law – looking only at case law and statutes – could conceivably indicate that, in the majority of cases, the four should have been charged. Most people who commit similar acts are sentenced – you break a public fountain, you get punished. This even fits in with the principles of justice and fairness (to a degree). People who damage public property should make amends through fines, community service, or time served.

Yet, to apply such reasoning here seems to overlook what that statue represented and why it was torn down. This wasn’t a phonebox or park bench that was damaged, but the effigy of someone responsible for the enslavement of over 84,000 men, women, and children. While one might argue that the case law required the Colston Four to be found guilty, the principles of justice and fairness seemingly demand the opposite. Such a rebellious act was coherent with such principles as the statue’s presence amounted to a grave injustice, one partially rectified by its removal.

One cannot begrudge the U.K.’s Attorney General for voicing concerns about confusion regarding the case’s outcome. Indeed, she echoes the concerns of many others. However, this confusion can be somewhat clarified when one remembers that law is not simply a series of rules about what one should(n’t) do. Instead, when one looks to Dworkin’s work and acknowledges the essential role principles play in law’s execution, the matter becomes at least a little more clear.