Meaning-as-Use and the Punisher’s New Logo 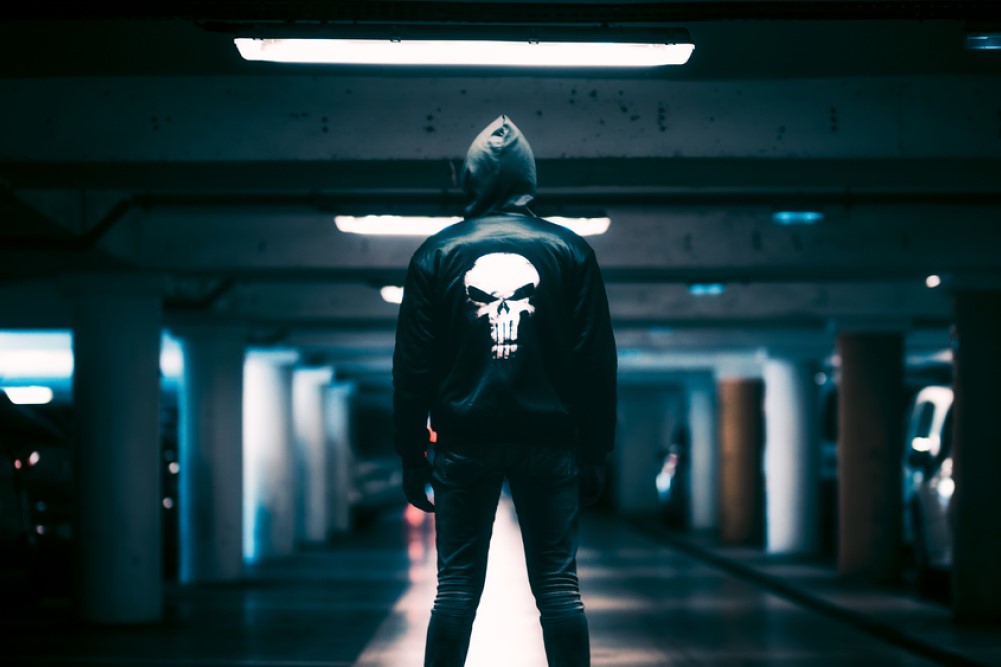 Recently, Marvel Comics announced plans to publish a new limited-series story about Frank “The Punisher” Castle, the infamous anti-villain who regularly guns down “bad guys” in his ultra-violent vigilante war on crime; set to premiere in March 2022, early looks at the comic’s first issue have revealed that the story will see Castle adopt a new logo, trading in the iconic (and controversial) skull that he’s sported since his introduction in the mid-70s. While some Marvel properties (like Spider-Man or the X-Men) could fill a catalog with their periodic redesigns, the Punisher’s look has remained roughly unchanged for almost fifty years.

From a business perspective, rebranding is always a risky move: while savvy designers can capture the benefits of adopting a trendy new symbol or replacing an out-of-date slogan, such opportunities must be balanced against the potential loss of a product’s identifiability in the marketplace. Sometimes this is intentional, as in so-called “rehabilitative” rebrands that seek to wash negative publicity from a company’s image: possible examples might include Facebook’s recent adoption of the name “Meta” and Google’s shift to “Alphabet, Inc.” But consider how when The Gap changed its simple blue logo after twenty years the company faced such a powerful backlash that it ditched the attempted rebrand after just one week; when Tropicana traded pictures of oranges (the fruit) for simple orange patches (of the color) on its orange juice boxes, it saw a 20% drop in sales within just one month. Similar stories abound from a wide variety of industries: British Airways removing the Union flag, Pizza Hut removing the word ‘pizza,’ and Radio Shack removing the word ‘radio’ from their logos were all expensive, failed attempts to re-present these companies to consumers in new ways. (As an intentional contrast, IHOP’s temporary over-the-top rebrand to “the International House of Burgers” was a clever, and effective, marketing gimmick.)

So, why is Marvel changing the Punisher’s iconic skull logo (one of its most well-known character emblems)?

Although it looks like the new series will offer an in-universe explanation for Castle’s rebrand, the wider answer has more to do with how the Punisher’s logo has been adopted in our non-fictional universe. For years, like the character himself, the Punisher’s skull emblem has been sported by numerous groups also associated with the violent use of firearms: most notably, police officers and military servicemembers (notably, Chris Kyle, the Navy SEAL whose biography was adapted into the Oscar-winning film American Sniper, was a Punisher fan who frequently wore the logo). Recent years have seen a variety of alt-right groups deploy variations of the skull symbol in their messaging and iconography, including sometimes in specific opposition to the Black Lives Matter movement, and multiple protests and riots (including the attempted insurrection in Washington D.C. last January) saw participants wearing Frank Castle’s emblem. In short, the simple long-toothed skull has taken on new meaning in the 21st century — a meaning that Marvel Comics might understandably want to separate from their character.

Plenty of philosophers of logic and language have explored the ways in which symbols mean things in different contexts, and the field of semiotics is specifically devoted to exploring the mechanics of signification — a field that can, at times, grow dizzyingly complex as theorists attempt to capture the many different ways that symbols and signs arise in daily life. But the case of the Punisher’s skull shows at least one crucial element of symbolization: the meaning of some sign is inextricably bound up in how that symbol is used. Famously codified by the Austrian philosopher Ludwig Wittgenstein (in §43 of his Philosophical Investigations), the meaning-as-use theory grounds the proper interpretation of a symbol firmly within the “form of life” in which it appears. So, while the skull logo might have initially been intended by its creator to symbolize the fictional vigilante Frank Castle, it now identifies violent militia groups and other real-world political ideologies far more frequently and publicly — its use has changed and so, too, has its meaning. Marvel has attempted to bring legal action against producers of unauthorized merchandise using the skull symbol, and Gerry Conway, the Punisher’s creator, has explicitly attempted to wrest the symbol’s meaning back from control of the alt-right, but the social nature of a symbol’s meaning has all but prevented such attempts at re-re-definition. Consequently, Marvel might have little choice but to give Frank Castle a new logo.

For another example of how symbols change over time, consider the relatively recent shift in meaning for the hand gesture made by touching the pointer finger and thumb of one hand together while stretching out the other three fingers simultaneously: whereas, for many years, the movement has been a handy way to mean the word “okay,” white supremacists have recently been using the same gesture to symbolize the racist idea of “white power.” To the degree that the racist usage has become more common, the meaning of the symbol has become far more ambiguous — leaving many people reluctant to flash the hand gesture, lest they unintentionally communicate some white supremacist idea. The point here is that the individual person’s intentions are not the only thing that matters for understanding a symbol: the cultural context (or, to Wittgenstein, “form of life”) of the sign is at least as, if not more, important.

So, amid calls to stop selling Punisher-related merchandise (and with speculation abounding that the character might be re-introduced to the wildly lucrative Marvel Cinematic Universe), it makes sense that Marvel would want to avoid further political controversy and simply give the Punisher a fresh look. But what a vaguely-Wittgensteinian look at the skull logo suggests is that it’s been years since it was simply “the Punisher’s look” at all.