The Vice of Ingratitude; or, How I’m Bad at Christmas 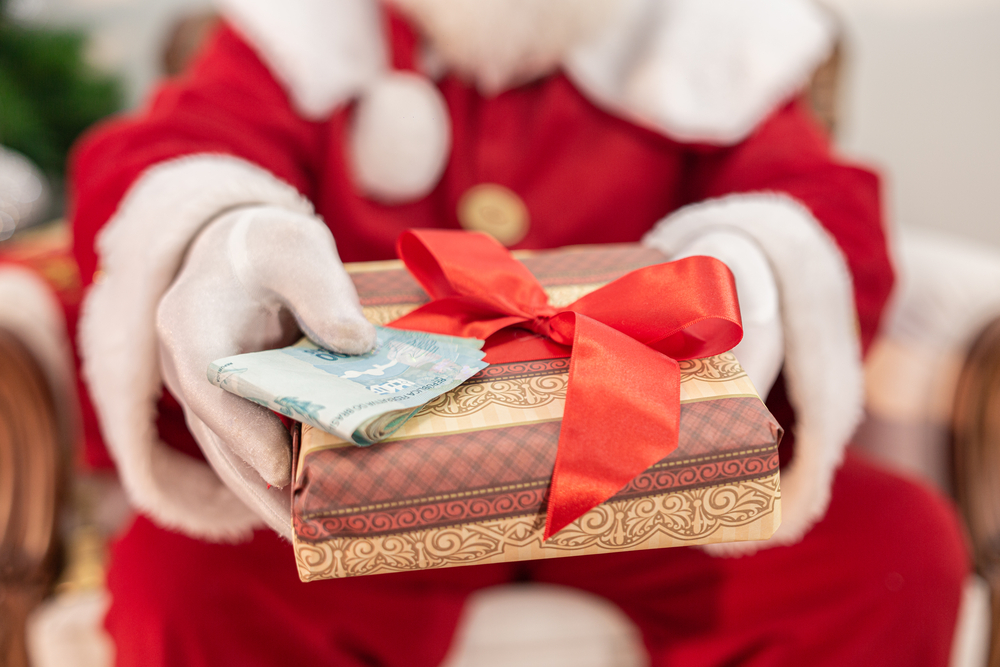 Christmas is, without question, my favorite holiday. I love the hymns, the flavors, and the decorations; I find the incarnation the most moving element of Christianity; I love the chance to spend time with family.

However, there is one part of Christmas I dislike: the presents.

Now, I could tell some philosophically sophisticated story to justify my dislike.

I really think each of these arguments is right, and really do believe we should stop giving presents for Christmas.

But none of these are the real reason I dislike presents. My deep dislike of presents stems from my struggles with gratitude. I find receiving presents awkward, and really struggle to appreciate what people get for me. (There are exceptions, one year my sister got me a Christmas ornament made from Plato’s Republic; it was an awesome gift and I remain extremely appreciative.)

So why do I find it awkward to receive presents?

My Struggle with Receiving Gifts

I suspect that this is my real issue with presents because if this is my issue, then it explains why I am OK with some gifts. For example, I find it easy to appreciate gifts that someone makes or bakes for me. I can’t buy delicious homemade brownies or apple butter, so it makes total sense as a gift assuming the homemade stuff really is better than the store-bought alternative. Similarly, I find it easier to appreciate gifts when someone gives me something that I would have bought myself had I known it exists (like the Republic Christmas ornament).

The thing is, this objection only makes sense because I lack the virtue of gratitude.

The Vice of Ingratitude

To understand why, let’s consider a passage of Seneca’s On Benefits:

A benefit cannot be touched with one’s hand; the business is carried out with one’s mind. There is a big difference between the raw material of a benefit and the benefit itself. Consequently, the benefit is not the gold, the silver, or any of the things which are thought to be most important; rather, the benefit is the intention of the giver.

So what is a benefit? It is a well-intentioned action that confers joy and in so doing derives joy, inclined towards and willingly prepared for doing what it does. And so it matters not what is done or what is given, but with what attitude, since the benefit consists not in what is done or given but rather in the intention of the giver or agent. . . . If benefits consisted in the things and not precisely in the intention of the benefactor, then the benefits would be greater to the extent that the things received are greater. But that is not the case. For often we are more obliged to the person who gave us a small gift in grand manner, who “matched the wealth of kings with his intention,” who gave little but did so freely, who ignored his own poverty while showing concern for mine, who was not just willing to help out but eager to do so, who felt like he was receiving a benefit because he was giving one, who gave as though he would later receive and received as though he had not given, who watched for, even sought out, an opportunity to serve. By contrast, as I have already said, benefits that have to be extracted from the donor or that fall carelessly from him—these benefits are not appreciated even if they seem large in bulk and in appearance . . .. What this other person gave is great; but he was hesitant, he put it off, he moaned while he was giving, he gave arrogantly, and he paraded the fact that he was giving, and did not intend to give pleasure to the recipient. He gave to his own ambition and not to me.

Seneca’s point is that, when one looks with the ‘eyes of gratitude’ it really is the ‘thought that counts.’ What the grateful person appreciates is not the actual thing given, but the good will that the gift expresses. We appreciate, not the token of love, but the love itself.

Ingratitude as the Source of My Problem

If instead, one values the gift in a grateful way — as an expression of another’s love and goodwill — then it’s impossible to purchase the gift for one’s self. Were I a more grateful person, were my attention to move naturally from the item to the other’s act of giving, then I’d not have any problem being appreciative of the gifts that I receive (so long as the gifts really do express love and good will, rather than mere social expectation to give around Christmas time).

Ingratitude, in my case, presents as an awkwardness in receiving presents. But that is not the only way it can present itself. Ungrateful people find gifts awkward when they also feel content with what they have. Because I have the items I want, and because I value gifts merely for the items that they are, I therefore struggle to value gifts people get for me.

However, ingratitude can also be present in people who focus too much on gifts. If an ungrateful person is not content with what they have, then they will value gifts. However, they will value the gift merely as the item they want, and not primarily as an expression of the other’s love and good will.

There are ways to test for this sort of ingratitude. For example, when you think about a gift, do you tend to also think about the person who gave it to you? Similarly, when you anticipate gifts do you hope for particular sorts of things? If so, that suggests that you value gifts primarily for what is given, and not the good will the gift expresses.

The grateful person appreciates gifts as an expression of good will. As such, grateful people care less about what they receive, and instead care more about the person who gave them the gift.

Of course, many of the norms that surround gift giving make it harder to appreciate gifts properly. For example, the expectation to give gifts for the holidays — or to give gifts to those who gave something to you — makes it harder to appreciate gifts as an expression of good will. We all know that many people buy gifts partly out of social expectation or because they know they are likely to receive a gift from us.

However, there are other ways to express love and good will beyond the giving of gifts. So while I doubt I can convince everyone to stop giving Christmas presents, perhaps I can encourage some change in our Christmas practices. Perhaps, given the various ways the gift-giving process has become corrupted, I can convince people to give fewer gifts, to spend less money, and to focus on other ways to express good will and love.