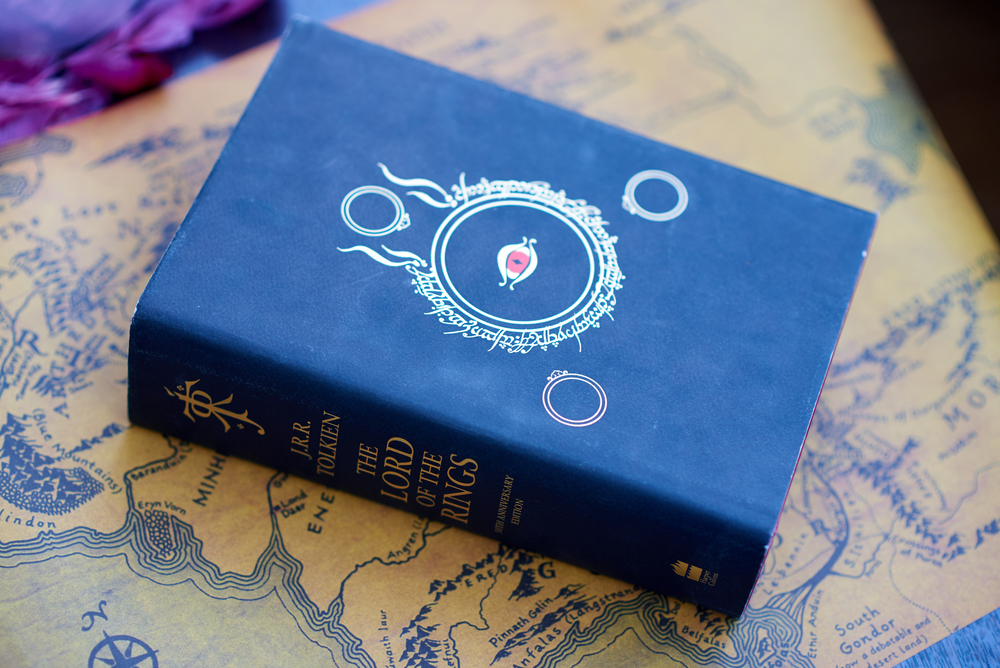 When I last reread J.R.R. Tolkien’s Lord of the Rings trilogy, one line in particular stood out to me. It was something that Faramir says when talking with Frodo about whether to abandon Gollum. I’ll quote the line in context:

‘Frodo, I think you do very unwisely in this,’ said Faramir. ‘I do not think you should go with this creature. It is wicked.’

‘No, not altogether wicked,’ said Frodo.

‘Not wholly, perhaps,’ said Faramir; ‘but malice eats it like a canker, and the evil is growing. He will lead you to no good. If you will part with him, I will give him safe-conduct and guidance to any point on the borders of Gondor that he may name.’

‘He would not take it,’ said Frodo. ‘He would follow after me as he long has done. And I have promised many times to take him under my protection and to go where he led. You would not ask me to break faith with him?’

‘No,’ said Faramir. ‘But my heart would. For it seems less evil to counsel another man to break troth than to do so oneself, especially if one sees a friend bound unwitting to his own harm.’

The last line rings true to my experience. It is one thing for me to take on a sacrifice to do what is right. It is another thing entirely to advise someone else to make that sacrifice.

It is easy to be frugal about stuff I buy for myself. Harder to be frugal about stuff I buy for my wife. Why? Because it is harder to ask someone else to sacrifice to do the right thing. I would never spend much money on jewelry for myself. And yet I felt tempted to spend too much money on an engagement ring for my wife. (Fortunately, my wife is as frugal as I am, and so independently insisted on a cheap $50 engagement/wedding ring.)

I want to talk about this phenomenon of expecting less of others than we expect of ourselves. I want to talk about it, because it first appears as almost noble. But the more I’ve thought about it, the more convinced I’ve become that it is actually a vice. It involves a neglected failure of character, a failure to take seriously the moral personality of others.

To see this, let’s consider possible explanations of the phenomenon. Two I’m sure are wrong, and three that might be right.

One possible explanation is that I really think my moral obligations are stricter than the obligations of others. Faramir thinks it would really be wrong for him to break his promise to Gollum, but that it would not be wrong for Frodo to do the same.

While I’m sure this sometimes happens, it does not explain the phenomenon I’m trying to understand.   The difference I’m responding to is not one of ‘weaker’ vs. ‘stronger’ but rather me vs. other. I will hold my close friends to higher standards than strangers, even if I think the strangers are better people. Likewise I am willing to hold myself to a higher standard than my close friends, even though I know many of my close friends are more virtuous than me.

So could it be selflessness? Could it be that I just care more about the sacrifices of others than I do about my own sacrifices?

Perhaps this occurs for some people, but it is not the explanation in my case. For one thing, I’m not nearly that selfless. I spend far more time working on my own job applications than helping friends with their applications. Why? Because I selfishly care about my own future more than the future of my friends.

One possible explanation is that the hesitancy follows our moral uncertainty combined with a fear of responsibility.

Suppose someone held a gun to my head and told me to renounce Christianity. I’d like to think I’d have the courage to die rather than commit apostasy – that is, the abandonment of my personal beliefs. (After all, I believe that to commit apostasy is one of the worst things a human can do.) But the thing is, I’m not sure it’s really that bad. After all, I was being coerced. Everyone would be able to tell I don’t really mean it. So is it really committing apostasy? Or is it instead just playacting to pacify the criminal?

Those replies ring hollow when I imagine facing the situation myself. But they ring less hollow when I imagine a friend facing a similar situation. If a friend asked me what to do, I’d be much more tempted to tell them to “just say what the person wants to hear, you don’t have to mean it.” If a friend felt guilty about committing apostasy in such a situation, I’d be tempted to tell them not to feel bad, they didn’t do anything wrong.

The uncertainties loom larger when I consider a friend making the sacrifice. But not only then. They also loom larger when I consider making the choice myself but sacrificing another. These same worries would ring less hollow if someone held a gun to another person’s head and told me to commit apostasy. The significance of my uncertainty is magnified when others are at risk, because if someone else dies as a result of my choice, it’s not just sad but a moral tragedy. It’s not similarly a moral tragedy if I die as a consequence of my own choice. It’s sad if I die while trying to free climb a mountain, but it’s not a moral tragedy. It’s a moral tragedy if I kill someone else after taking a risk. Ultimately, I don’t want to give advice to others, because if I’m wrong I’ll feel responsible for that choice.

If this explanation is right, then the phenomenon is vicious. It denies the moral personality of others. I’m failing to recognize that the choice is still up to the other person, even when I advise them what I think is right.

This is easiest to see if we think of ourselves as the one getting advice. If I ask for the advice of someone else, I recognize it is still up to me whether to listen. It is myself, not them, who is ultimately responsible for the choice. As such, I don’t want the other person managing me with their advice in order to assuage their own conscience. Rather, I want them to be honest so that I can fully take responsibility for my own choice.

But if I’d want others to be honest with me so that I can make my own choice. Then, if I fully appreciated the moral personality of others, I’d not be tempted to be dishonest with them in order to shield myself from responsibility.

My wife’s theory is that the phenomenon is explained by the role of shared values in moral advice. The more someone shares your values, the more appropriate it is for them to act on your advice. You share perfectly your own values, you share extensively your close friend’s values, But you only partially share the values of a stranger. So, if moral testimony involves giving advice in light of shared values, then the more uncertain you are that values are shared, the less certain you are whether to recommend sacrifice.

Of all the plausible explanations of the phenomenon, this one looks closest to being noble. But even here I think there is something vicious about the phenomenon. If you believe the person is under the same moral obligation, but that they don’t share your values, to that extent you must think their values are mistaken. But if they are mistaken, and if you take seriously their moral personality, that gives you reason to explain as best you can the value you see in the sacrifice. It does not, if you take the moral personality of another seriously, give you reason to shrug your shoulders and consign them to vice. That would be to treat them as a moral lost cause.

A final explanation of the phenomenon is that it is explained by a tension between the deliberative and external perspectives on action.

Once again the phenomenon would reveal an inability to appreciate the moral personality of others. It stems from a failure to see the other as a deliberating person, it instead looks at them merely from the outside as a sort of object. The phenomenon emerges when you look at a person, rather than when you look vicariously with a person at the choice they face.

I’m not sure which explanation is right. But I’m inclined to think all three plausible explanations reveal just how far I have to go before I really appreciate the full personhood of others.