Niti, Nyaya, and Kyle Rittenhouse: One Kind of Justice Is in the Details, but the Other Isn’t 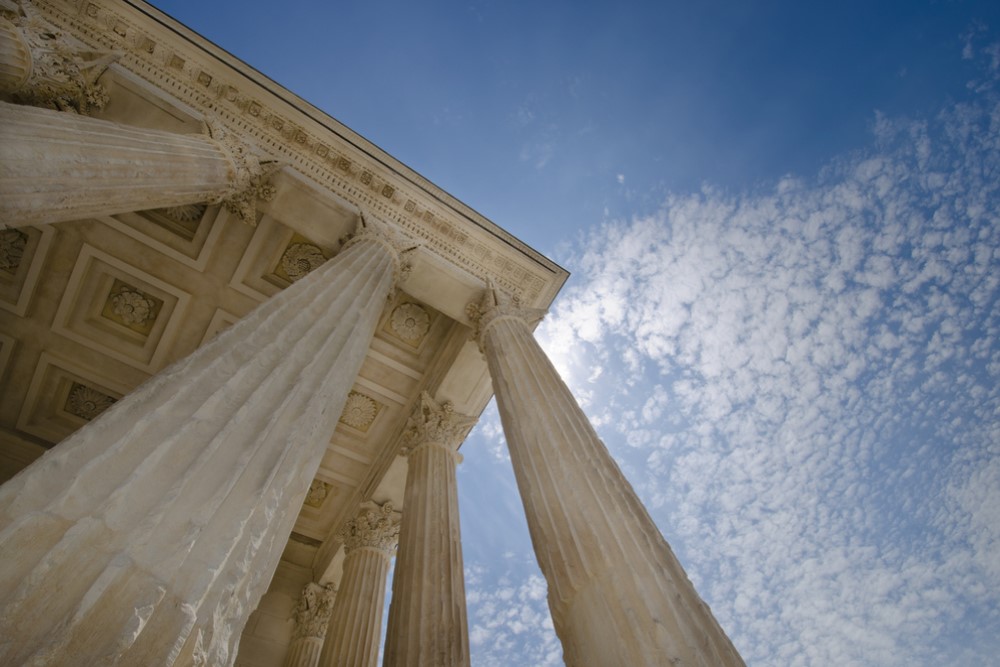 On November 19th, roughly two-and-a-half weeks after his trial began, Kyle Rittenhouse was acquitted of all charges levied against him for killing two people; after twenty-seven hours of deliberation across four days, the jury decided that Rittenhouse’s claims to self-defense were justified and thereby legally absolved him of his responsibility for the deaths. While some might have been surprised by the verdict, legal experts generally were not; as The Prindle Post’s own Benjamin Rossi explains, the facts of the case — when set apart from the many, many partisan performances flashing around this trial — led to a relatively plain judgment, given the relevant laws in question: “…certainly in a procedural sense, and at least partially in a substantive sense, the verdict itself was not a miscarriage of justice.”

But, if I can briefly evoke Socrates before Thrasymachus here, what is ‘justice,’ anyway?

To listen to much of the commentary following the wake of the Rittenhouse verdict, ‘justice’ is a matter of careful adherence to the regulations of the justice system, with the understanding that said institution has been carefully crafted in a way that produces just results. This is, I take it, what we mean when we refer to justice in a “procedural sense” — it indicates that the processes and procedures undertaken to render the verdict were proper, so we can therefore be confident that the defendant’s rights and interests were protected throughout the trial. Insofar as those defendant-protecting processes constitute the “due process” owed and doled out fairly to all accused people in the system, then, this view of justice focuses on the arrangement of the institution and the technical application of its mechanisms to determine whether or not justice has been done.

This is markedly different, though, from the broader, perhaps more philosophical (or at least less-technical), sense of ‘justice’ as the realization of a just society or world filled with people who behave and are treated well, all things considered. To be concerned about ‘justice’ as a matter of promoting a flourishing community filled with well-respected individuals is far more complicated than merely maintaining a focus on the operations of particular social institutions (like the legal system), but it is, arguably, what we actually care about at the end of the day.

This distinction between an “arrangement-focused” and a “realization-focused” view of justice plays a key role in the work of philosopher, economist, and Nobel-prize winner Amartya Sen; calling the former niti and the latter nyaya, Sen points out that both of these are key concepts for socio-political theorists to consider, but that the latter should hold a priority. Both niti and nyaya are classical Sanskrit terms for ‘justice,’ but niti focuses primarily on technical applications of “organizational propriety” while nyaya is the more comprehensive concept upon which a “just society” can be recognized; so, in The Idea of Justice, Sen argues that “the roles of institutions, rules and organization, important as they are, have to be assessed in the broader and more inclusive perspective of nyaya, which is inescapably linked with the world that actually emerges, not just the institutions or rules we happen to have.”

Consider, for example, another imaginary case of Brian the 17-year-old who has been forced to regularly steal from his local grocery store to provide food for himself and his younger sister after his parents were hospitalized in a car accident. Knowing that thievery is illegal, we might simply conclude that Brian is a criminal and charge him accordingly; the hunger felt by Brian and his sister is regrettable, but it is well outside the scope of what niti is designed to care about. If you would hesitate to charge Brian with a crime, or even harbor a desire to see that the court system treat him with leniency, given the mitigating circumstances, then this likely stems from your desire to see nyaya (rather than just niti) upheld: we moral agents can recognize the difference between malicious or self-centered embezzlement (of the sort that anti-theft laws are typically designed to prevent) and Brian’s desperate attempt to care for his sister, even though Brian’s actions still violate the letter of the law. In a similar fashion, Sen illustrates the niti-nyaya distinction with a reference to the Holy Roman emperor Ferdinand I who (in)famously declared “Let justice be done, though the world perish”; says Sen, “if indeed the world does perish, there would be nothing much to celebrate in that accomplishment,” no matter how much niti might have been respected along the way.

What, then, of the Rittenhouse verdict?

It seems clear that, in terms of niti, justice might well have been upheld regarding the specific question of the killings for which Rittenhouse was charged. The morality of killing in self-defense is a wrought notion, but the legal precedents regarding its allowability are well-established and, by most accounts, the actual proceedings of the Rittenhouse trial centered almost entirely on these concerns.

But it is not at all clear that the Rittenhouse verdict protects justice in the sense of nyaya — indeed, the problem for many is that it can’t.

According to Rittenhouse, he drove to Kenosha, Wisconsin (from his home about 20 minutes away in Illinois) to serve as a “medic” for people trying to “protect businesses” from protestors after police officer Rusten Sheskey repeatedly shot Jacob Blake in the back a few days earlier. Although misrepresentations of the details have abounded, as Rossi points out, those details matter: although Rittenhouse did cross state lines to get to Kenosha, his rifle was already in Wisconsin waiting for him. Although the relevant regulations are complicated, if the gun was purchased illegally (as it apparently was), the blame falls on the purchaser, not on Rittenhouse; moreover (despite the intention of the law in question probably pertaining to hunting contexts) Rittenhouse was, technically, apparently acting legally by wielding it in public as he did.

Or rather, those details matter for procedural reasons. Although questions of the gun’s legality might not pertain directly to the charges Rittenhouse faced regarding the deaths he caused, we might still wonder why he chose to arm himself heavily and insert himself into the situation in Kenosha in the first place. We could, for example, doubt that the protestors in Kenosha ever posed an actual threat to businesses or anything else (indeed, with the exception of Rittenhouse’s shootings, the Kenosha protests — like most protests — were quite peaceful); it’s not clear why anyone on the streets of Kenosha would have actually needed either rifles or medics in August 2020. That is to say, it seems perfectly reasonable to think that Rittenhouse was breaking no laws by being in Kenosha on August 25th, 2020, and yet he still had no good reason to be in Kenosha.

And, of course, if he hadn’t chosen to go to Kenosha, then Rittenhouse wouldn’t have been in the situation where he feared for his life and was forced to act, according to the jury, in justifiable self-defense. But this focus extends far beyond the niti-based concerns of the legal system to broader questions about how we want society to operate, how we hope people will freely behave, and how we desire for virtuous individuals to flourish and help those around them to flourish likewise. On its own, “traveling to Kenosha” seems morally neutral, but “traveling to Kenosha because I should protect it — possibly even with violence — from the rioters threatening it” is a perspective loaded with serious moral assumptions and judgments that are not clearly virtuous. To criticize Rittenhouse’s actions in this broader sense (beyond simply asking “was he legally allowed to pull the trigger at the moment he chose to do so”) depends on one’s much richer perspective about what constitutes nyaya, or justice fully realized, altogether.

Consider this from a different perspective: the marches over the shooting of Jacob Blake were not protesting niti-related procedural infelicities that merely treated Blake inappropriately: they were outcries about the nyaya-based injustice of yet another black man (Blake) being attacked by a white police officer (Sheskey) and, in this case, left paralyzed (Sheskey faced no charges for shooting Blake). As many have pointed out, if Rittenhouse himself were not white, his trial — to say nothing of his arrest — would likely not have proceeded exactly as it did (nevermind the multiple literal job offers Rittenhouse has received since). So, although the niti-based details of the Rittenhouse trial might not have substantively included race, the nyaya-based context of the broader conversation certainly does: Rittenhouse’s experience is just one more example of the deference shown institutionally to specifically white bodies: a clear violation of nyaya, no matter how much it comports with niti.

In short, it seems clear and uncontroversial that people can commit injustices without technically breaking laws (consider how folks might escape just punishment on some “legal technicality” or other). Sen’s distinction between niti and nyaya can help us to speak more clearly about the dissatisfaction we feel at those times, even if technical procedures are perfectly honored. The problem might well lie in the broader, unjust context altogether.