Ivermectin, Hydroxychloroquine, and the Dangers of Scientific Preprints 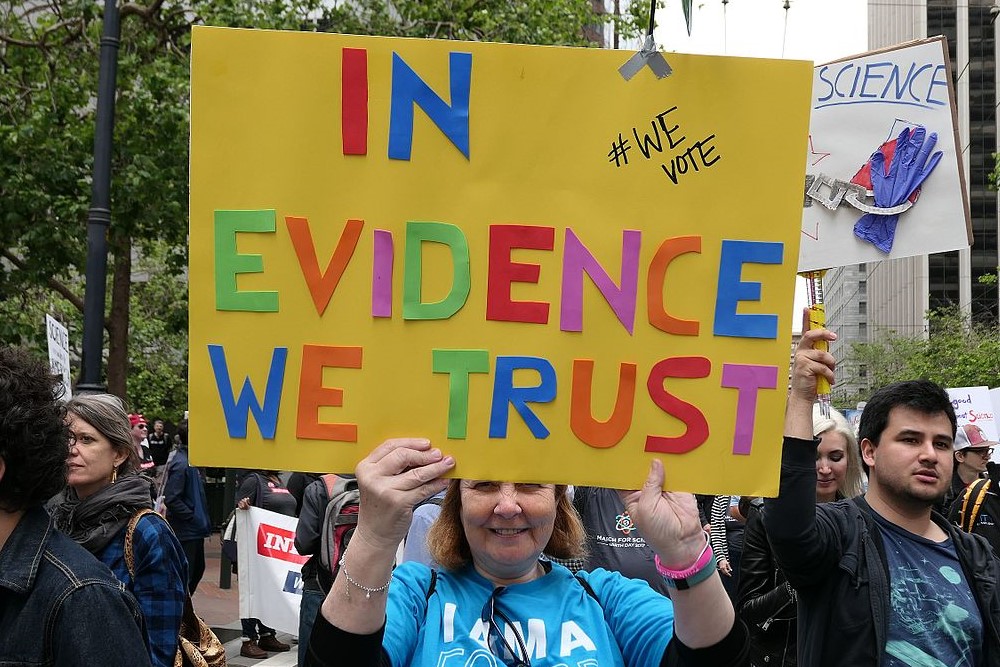 There is a new drug of choice among those who have refused to get vaccinated for COVID-19, or are otherwise looking for alternative treatments: ivermectin, an antiparasitic drug that is used primarily in farm animals. The drug recently made headlines in the U.S. after a judge in Ohio ordered a hospital to treat a patient with it, and a number of countries in Latin America and Europe have begun using it, as well. It is not the first time that a drug that was developed for something else entirely was touted as the new miracle cure for COVID-19: hydroxychloroquine, an anti-malarial, was an early favorite for alternative treatments from former president Trump, despite the FDA’s statement that it had no real effect on patients with COVID-19, and indeed could be very dangerous when used improperly. The FDA has recently issued a statement to a similar effect when it comes to ivermectin, warning that the drug can be “highly toxic in humans.”

It is not surprising that there has been continued interest in alternative treatments to COVID-19: given the existence of vaccine skepticism and various surrounding conspiracy theories, people who do not trust the science of vaccinations, for one reason or another, will look for other ways of fighting the disease. What is perhaps surprising is why this particular drug was chosen as the new alternative treatment. There is, after all, no seemingly good reason to think that a horse de-wormer would be effective at killing the coronavirus. So where did this idea come from?

Not, it turns out, from nowhere. As was the case with hydroxychloroquine, the U.S.-based health analytics company Surgisphere produced a study that purported to show that ivermectin was effective at treating COVID-19, albeit in just “a handful of in vitro and observational studies.” The study was not published in any peer-reviewed outlet, but was instead uploaded as a preprint.

A preprint is a “version of a scientific manuscript posted on a public server prior to formal review”: it’s meant to be a way of rapidly disseminating results to the scientific community at large. Preprints can have significant benefits when it comes to getting one’s results out quickly: peer-review can be a lengthy process, and during a global pandemic, time is certainly of the essence. At the same time, there are a number of professional and ethical considerations that surround the use of preprints in the scientific community.

For example, a recent study on preprints released during the pandemic found a “remarkably low publication rate” for sampled papers, with one potential explanation being that “some preprints have lower quality and will not be able to endure peer-reviewing.” Others have cautioned that while the use of preprints has had positive effects in the physical sciences, when it comes to the medical sciences there is potentially more reason to be concerned: given that developments in medical science is typically of much more interest to the general public, “Patients may be exposed to early, unsubstantiated claims relevant to their conditions, while lacking the necessary context in which to interpret [them].” Indeed, this seems to be what happened with regards to alternative treatments for COVID-19, which have been uploaded online amongst an explosion of new preprint studies.

Additional problems arise when it comes to the use of medical preprints in the media. Another recent study found that while online media outlets linking to preprints was a common practice, said preprints were often framed inconsistently: media outlets often failed to mention that the preprints had not been peer reviewed, instead simply referring to them as “research.” While the authors of the study were encouraged that discussions of preprints in the media could foster “greater awareness of the scientific uncertainty associated with health research findings,” they were again concerned that failing to appropriately frame preprint studies risked misleading readers into thinking that the relevant results were accepted in the scientific community.

So what should we take away from this? We have seen that there are clearly benefits to the general practice of publishing scientific preprints online, and that in health crises in particular the rapid dissemination of scientific results can result in faster progress. At the same time, preprints making claims that are not adequately supported by the evidence can get picked up by members of the general public, as well as the media, who may be primarily concerned with breaking new “scientific discoveries” without properly contextualizing the results or doing their due diligence in terms of the reliability of the source. Certainly, then, there is an obligation on the part of media outlets to do better: given that many preprints do not survive peer review, it is important for the media to note that, when they do refer to preprint studies, that the results are provisional.

It’s not clear, though, whether highlighting the distinction would make much of a difference in the grand scheme of things. For instance, in response to the FDA’s statement that there is no scientific basis for studying the effects of ivermectin on COVID-19, Kentucky senator Rand Paul stated that it was really a “hatred for Trump” that stood in the way of investigating the drug, and not, say, the fact that the preprint study did not stand up to scientific scrutiny. It seems unlikely that, for someone like Paul, the difference between preprints and peer-reviewed science is a relevant one when it comes to pushing a political narrative.

Nevertheless, a better understanding of the difference between preprints and peer-reviewed science could still be beneficial when helping people make decisions about what information to believe. While some preprints certainly do go on to pass peer review, if the only basis that one has for some seemingly implausible medical claims is a preprint study, it is worth approaching those claims with skepticism.