Vainglories Are Like Ogres — Part III: The Layer Problem 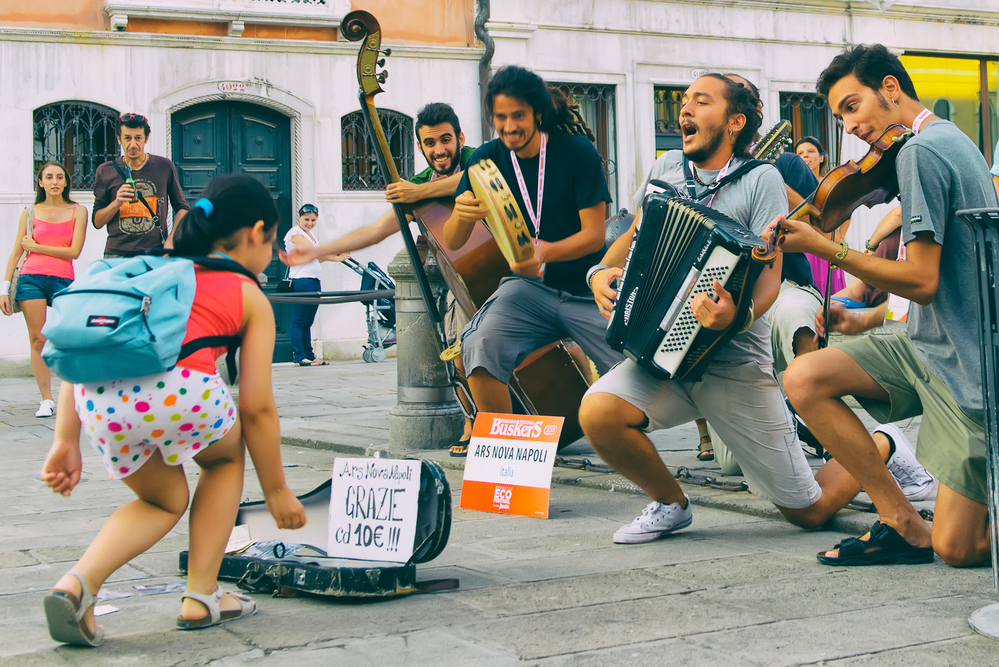 In this series of posts, we’ve been talking about a particular challenge with the vice of vainglory. In this particular post, I’m going to talk about the fact that vainglory comes in layers, and about how, even when one attempts to combat vainglory, one immediately becomes vainglorious about that very attempt.

If you are not already familiar with the concept of vainglory, you should first look back at the first and second post in this series.

A Bit of Auto-Biography

To introduce this problem of vainglory, it will be useful to give a bit of biography. I was first introduced to the vice of vainglory in the Sermon on the Mount. In Chapter 6 of the book of Matthew (you don’t have to be Christian to appreciate this passage as a profound bit of moral psychology), Jesus says:

“‘Be careful not to practice your righteousness in front of others to be seen by them. . . . So when you give to the needy, do not announce it with trumpets, as the hypocrites do in the synagogues and on the streets, to be honored by others. Truly I tell you, they have received their reward in full. But when you give to the needy, do not let your left hand know what your right hand is doing, so that your giving may be in secret. . . .

‘When you fast, do not look somber as the hypocrites do, for they disfigure their faces to show others they are fasting. Truly I tell you, they have received their reward in full. But when you fast, put oil on your head and wash your face, so that it will not be obvious to others that you are fasting, but only to your Father, who is unseen; and your Father, who sees what is done in secret, will reward you.’”

Here, there is a warning against doing good things just for the reputational advantage, and a suggestion that to combat that temptation you do good works in secret.

I took this to heart, not in the sense that I always did my good deeds in secret, but I often would. For example, when donating to a cause I almost always make sure the donation is anonymous. I do this, because each and every time I donate, I’m still hopeful that people will notice and be impressed by my generosity. To put this in more contemporary parlance, I try extremely hard to avoid virtue signaling, because I want to make sure I’m doing these things for the right reasons. Or, at least, that is what I’ve told myself. But here is the problem that I have noticed. If I really look at my own behavior, it becomes clear that at least part of my motivation for doing these things in secret is because I don’t want people to think I’m vainglorious or virtue signaling.

Most of my Facebook friends are either Christians who know the Sermon on the Mount, philosophers familiar with the vice of vainglory, or debaters familiar with the concept of virtue signaling. So, when I donate to a cause and don’t share it on Facebook, am I really doing that to help the poor, or am I doing so because I care about my reputation as not being vainglorious?

Sometimes I’ll donate to a cause and it will say that if I post about it on Facebook others are likely to donate. I would increase the help I give to the poor by bragging a little bit. When I refuse to do so, what is my real motive there? Is it my concern for the poor, or is it instead that I’m too embarrassed others will think that I’m trying to show off?

Rebecca DeYoung, in her book Glittering Vices, says that the best way to combat vainglory is by the practices of “silence and solitude.” That is, we are to do good things alone and then keep silent about them. This does seem to be the best way to train yourself out of vainglory, and yet the vice is so pernicious that I become vainglorious even about that practice itself.

I am not the first person to notice this problem about vainglory. The problem was put particularly well by John Cassian, the great fourth century mystic:

“Our elders admirably describe the nature of [vainglory] as like that of an onion, and of those bulbs which when stripped of one covering you find to be sheathed in another; and as often as you strip them, you find them still protected. . . . [T]his one when it is beaten rises again keener than ever for the struggle; and when we think that it is destroyed, it revives again, the stronger for its death. The other kinds of vices usually only attack those whom they have overcome in the conflict; but this one pursues its victors only the more keenly; and the more thoroughly it has been resisted, so much the more vigorously does it attack the man who is elated by his victory over it.”

Cassian gives us particular examples. I hate this passage, because it is far to easy to recognize myself in it (note, the point is a good one even without employing the notion of an anthropomorphic devil):

“For where the devil cannot create vainglory in a man by means of his well-fitting and neat dress, he tries to introduce it by means of a dirty, cheap, and uncared-for style. If he cannot drag a man down by honour, he overthrows him by humility. If he cannot make him puffed up by the grace of knowledge and eloquence, he pulls him down by the weight of silence. If a man fasts openly, he is attacked by the pride of vanity. If he conceals it for the sake of despising the glory of it, he is assailed by the same sin of pride.”

For a long time, I thought I had done well in not caring about frivolities like clothing. I did not care about my reputation. Except, further reflection revealed that I did care a lot about what people thought about what I wear. I would have been embarrassed if people thought I was the sort of person who cared about something as frivolous as style. My disregard of style was a style all its own, a style I could be proud of without recognizing the vice.

And so we reach the central lesson of this series: vainglories, like ogres, are like onions. They come in layers, and so even once you have peeled away one form of vainglory, it leaves vainglory of another form underneath. To combat run-of-the-mill vainglory, I ended up adopting a meta-vainglory. And indeed, a part of me is worried that in writing this series I’m actually engaged in a sort of meta-meta-vainglory — it really is hard at times to tell.

Does Peeling Away Layers At Least Make Progress?

How far can we take this analogy with onions? If we take it far enough, we might find something at least somewhat comforting in it. Perhaps, even as you peel away layers of vainglory there is yet new vainglory underneath, but just as an onion gets smaller each time a layer is peeled away, so too maybe the vainglory gets smaller and less troublesome the more times we work through the process.

But if Cassian is right, vainglory actually gets more dangerous as it moves from the more earthly to the more spiritual. According to Cassian, as vainglory gets mixed in with virtue, it becomes harder and harder to recognize and combat the vainglory that remains: “but this being interwoven with our virtues and entangled in the battle, fighting as it were under cover of the darkness of night, deceives the more dangerously those who are off their guard and not on the lookout.”

To make this concrete, let’s consider my own case again.

Part of the danger of vainglory, usually, is that we prioritize our own reputation over help we can give to those in need. We invest our time in energy, for example, in high-profile causes rather than ones where we can really make the biggest difference. Does my own meta-vainglory avoid that problem? No. After all, I chose not to post about the charity I donate to on Facebook, an act which would indeed help raise awareness and funds, because I don’t want to appear to be virtue signaling.

But not only does the same problem occur, Cassian also says that it deceives more dangerously as if under the cover of darkness. Is he right that this vainglory was harder to notice? Yes, I think so. First, I was able to trick myself not only into thinking I was acting just to help the poor, but I also thought I was specially avoiding a concern for my own reputation. Thus, there were two layers of self-deception I had to work through before I could see the truth. Second, it was much harder for others to point out my own vainglory, because it was precisely that vice that I was in the process of hiding from them. I have seen people called out and corrected for virtue signaling before. It is pretty easy to do when someone is engaged in run-of-the-mill vainglory. But no one has ever called me out for my meta-vainglory, because, of course, the whole point is no one sees that as what I’m doing. So, this meta-vainglory is not only still damaging, it is doubly hidden both from myself and from others.

So What Do We Do?

Honestly, I have no idea. John Cassian thought that vainglory could not just be treated, the root cause had to be weeded out as well. For Cassian, you have to get to the bottom of why we care about our reputation in the first place. To excise that vicious tendency in its entirety, you won’t be able to just counteract the various forms in which the vice arises in piecemeal fashion. The problem is that Cassian is not clear on how that excising is to be accomplished — and indeed he seems to agree with Augustine and Aquinas that the vice could in principle only be overcome with divine assistance.

As best I can tell, the most practical secular solution involves two discrete steps. First, one should engage in regular practices of silence and solitude. One should make sure that, when there is no reason for one’s good works to be known, that they are not known. However, one should also inculcate a greater concern for the poor and greater love for the common good. The only way to root out vainglory, in the end, is to be so absorbed looking outward at what is good, that one does not even attend to one’s own reputation (except where that reputation is important to the goods that one pursues). We return, perhaps, to the lesson of Augustine from Part I: to overcome vainglory, it is not really about coming to care less about our reputation, but coming to care about other things more.