Life Imitates Art (and So Does the News) 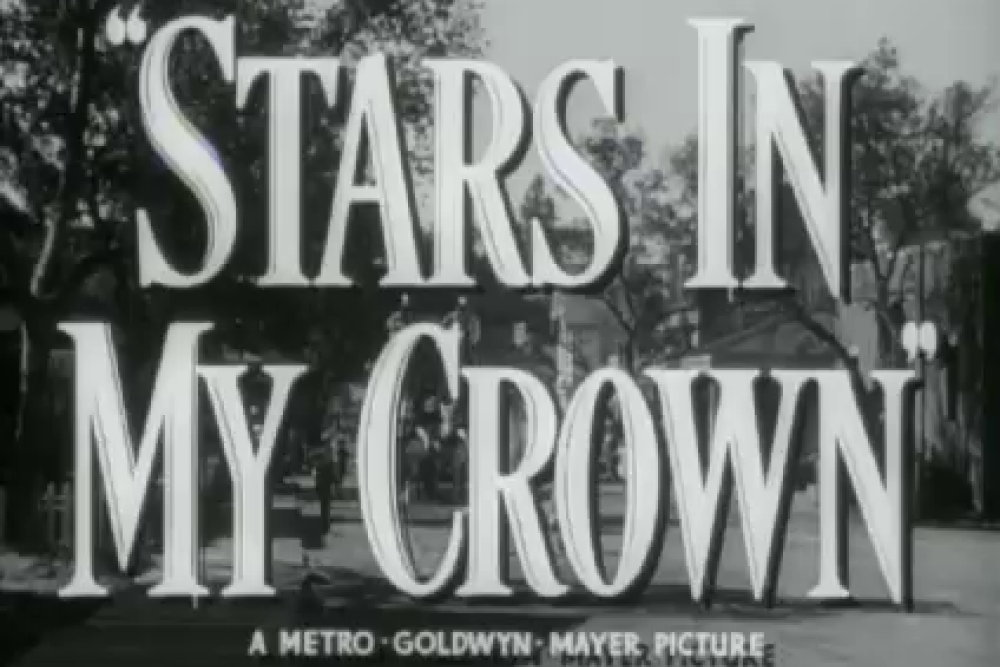 There is an old saw that life imitates art. But what exactly does it mean? Is it not the other way around – that art imitates life?

Many answers have been given to this question, but here’s one that I find plausible: life imitates art insofar as it reveals truths about us and our world. Such truths are not true because we find them corroborated by personal experience or the annals of history. The truths of art are true because they frame how we understand ourselves and our history in the first place. We might say, then, that life imitates art insofar as the truths of art help us make sense of life. They help us make sense of our human condition and what we value in it.

Take Homer’s Odyssey. According to one classicist, the great epic poem tells us “something true about life…It’s about homecoming…It’s about the bonds that connect family members over many years despite time and distance.” This is platitudinous, but nonetheless correct. The poem still speaks to us today partly because it transfigures our conceptions of what home and family are. That is, the poem compels us to understand homes and families differently, including our own. And we can appreciate such truths even when we have never left home, much less been to war.

If life imitates art, then so does the news. And there is one little-known artwork that seems to ring especially true given the current state of our union. The work I have in mind is “Stars in My Crown” (1950), a small-budget western film directed by Jacques Tourneur. The film tells the story of Walesburg, a small, predominantly white town in the postbellum South. Their story is strikingly similar to ours. Or we could say that our story imitates theirs.

Like our country right now, Walesburg is sick in body and soul. The town is not only plagued by an epidemic, but also struggling with the scourge of racism. The nature of these ills, as well as the town’s responses to them, are telling.

The racial troubles start – at least in the film – one lazy afternoon. An orphan named John Kenyon is fishing with his dear friend, a former slave named “Uncle” Famous Prill. John is a wide-eyed and well-mannered boy who is deeply loyal to Famous, and with good reason. Famous is a humble old man with a heart of gold. He has long been a guiding light in the community. As John tell us: “I don’t guess there was a boy or man in Walesburg who hadn’t had him for a teacher.”

While John and Famous are sitting along the creek beside their fishing rods, Lon Backett pulls up on his buckboard. Lon runs the general store, as well as a small mining operation outside of town. He wants to speak with Famous because the mica vein his workers have been mining runs under Famous’s property, and Lon wants to buy him out.

Lon makes several offers, but Famous graciously declines each one: “I got a long-tailed coat for Sundays. A house, got a bed, And I gets my vittles three times every God’s day, don’t I? Mr. Backett, what does I want with $16?” Lon drives off in a huff.

A few minutes later, Parson Josiah Gray comes along. The three discuss what had just transpired. They try to calm Famous down, assuring him that he is entitled to his land. After all, he is a free man under the law. But Famous knows better: “just saying a good thing don’t make it so.” The parson gets it. He acknowledges that no matter what assurances he gives, Famous will not have it easy: “I guess Lon Backett will have to kick up an almighty big stink before he learns his lesson.” This is a terrible understatement. Lon’s “stink” will nearly cost Famous his life.

While Lon drums up hostilities against Famous, the citizens of Walesburg start falling deathly ill with “slow fever.” Typhoid. Eventually they will discover that it is from the contaminated school well. Until then, the town goes into a lockdown. School closes and the church is shuttered. The graveyard begins to fill. The doctor and parson work double-time to serve the sickly and dead. (It is only then, by the way, that the doctor becomes integrated into the community. He was an educated elite from the big city and with a disdain for small town life. Townspeople sensed it, and for a long while they distrusted him. Sound familiar?)

During the epidemic, the threats against Famous intensify. Lon’s men are out of work and angry. One night they tear up his corn crop, destroy his winter food stores, and set loose his livestock. They come back another night as Night Riders, clad in white hoods and brandishing torches. They leave a burning cross in front of the porch and pin on Famous himself a note demanding that he give up his land or suffer the consequences.

When the note reaches Parson Gray the next day, he storms into the saloon where Lon and his clansmen hang: “Haven’t you seen one poisoned well spread grief and trouble through half the town? Don’t you realize the poison in that well was catlap compared to this?” The men are unmoved. If the parson wants a fight, they will give it to him.

Later that night the lynch mob surrounds the home of Famous, rope in hand, and orders him to come out. The parson intervenes. He asks that he be permitted to read Famous’s will before the dreadful deed is done. As the parson reads the will, he names each of the hooded men one by one. Famous intends to bequeath something to each of them: a razor for Bill Cole, who had wanted a beard since he was “knee-high to a hop toad,” an axe for Matt Gibson, his dog to Justin Briley, and even the mica vein for Lon Backett, since he seems to want it “powerful bad.” The men realize that they cannot go through with their plans. Not against Famous.

The film closes with a scene from church the next Sunday. The parson and his flock are singing:

“I am thinking today of that beautiful land
I shall reach when the sun goeth down;
When thro’ wonderful grace by my Savior I stand,
Will there be any stars in my crown?”

The camera pans the room, showing many of the townsfolk we have come to know. Most of them have been regularly attending services, but some have come for the first time. Everyone in the town seems to be there, celebrating together. The camera trains on Lon, with his hands piously clasped as he pours himself into the hymn. He looks as though he has, finally, learned his lesson and is now praying that there may still be stars in his crown.

This wholesome final scene has all the trappings of a feel-good Hollywood ending. A community looks healed and the credits will soon scroll. But then, just behind Lon through a church window, we catch a quick glimpse of Uncle Famous walking down the road, alone. The shot is easily missed. It is a subtle indication that the devastating effects of the peculiar institution continue, and often in ways that go unnoticed by those not suffering from them. The joyous churchgoers are unaware. And to the extent that we viewers believed everything in the town to be turning out alright, we, too, were complicit in the self-deception.

Today we face a similar situation. Coronavirus vaccinations promise an end to this terrible pandemic. Yet while our body politic has a path to health, there is no easy inoculation for the racism that has been poisoning our collective soul. And while most of us acknowledge the difficulties of combating racism, “Stars in My Crown” presents those difficulties in an especially perspicacious way.

First, the film shows how deep-rooted racism is often sustained because it advances the interests of the rich and powerful. This is not to say that racism is reducible to economic or class warfare. The point is rather that racist beliefs and practices are often reinforced because they serve the privileged. Lon Backett foments racial tensions in Walesburg because it advances his business interests. In America today there are many such people who sow racial division for their own gain. The billionaire businessman Charles Koch recently confessed that he and his political associates had “screwed up by being so partisan.” Koch seems well-intentioned. He seems to believe in equality and justice for all. But he and his Koch Network (now named, and not without irony: Stand Together) have invested millions of dollars in the very political messaging that has helped bring racial tensions in America to a fever pitch. This is hardly a new problem. And it persists because those who stand to benefit from systemic racism, however well-intentioned they may be, are easily blinded to the unjust reality they help create.

The film also shows the complexities of the human heart and how it so readily accommodates brotherly love, racial resentment, and economic anxiety. The Night Riders are undeniably racist, and their hate is further stoked by fears that without mining work they will be unable to feed their families. Yet however much racial hate they have, and however much that hate is exacerbated by worries about money, their enmity is nevertheless counterbalanced by a love and respect for Famous. “Sinners also love those that love them” (Luke 6:32). This is a complicated psychology, but not an uncommon one. What makes it complicated is that we cannot easily determine root causes. What is the real reason behind the Night Riders acting as they did, and what was mere pretense? Was their economic anxiety heightened by racial resentment? Or vice versa? Was their brother-love genuine, or just racism suffering from weakness of will? These very sorts of questions are being intensely debated right now (see, for example, here, here, and here).

Above all, the film reminds us how easily we ourselves are prone to overlook these challenges. When “Stars in My Crown” first debuted, The New York Times praised it: “The true spirit of Christmas – Peace on Earth, Goodwill Toward Men – is reflected both in word and deed in the heartwarming Metro-Goldwyn-Mayer picture.’” How far from the truth. The film does not warm our hearts, but rather warns us about our hearts. The film enjoins us, Ta-Nehisi Coates does, to “resist the common urge…toward fairy tales that imply some irrepressible justice.”

Now some readers might be saying to themselves: “I’ve read Coates, and I’ve thought quite a bit about these issues. I doubt that I really need to watch some B-western made nearly a century ago by an aristocratic Frenchman.” This may very well be true. Or it may not be. As Famous tells us in the film, just saying a good thing don’t make it so. We may think we understand what’s going on around us and in the news, and yet we may also be poorly mistaken.

Carlo DaVia is an Advanced Lecturer in philosophy at Fordham University, as well as an instructor at the CUNY Latin/Greek Institute. During the upcoming academic year he will also be a fellow at the National Center for Free Speech and Civic Engagement. Learn more at www.carlodavia.com
View All Articles By Carlo DaVia
Related Stories