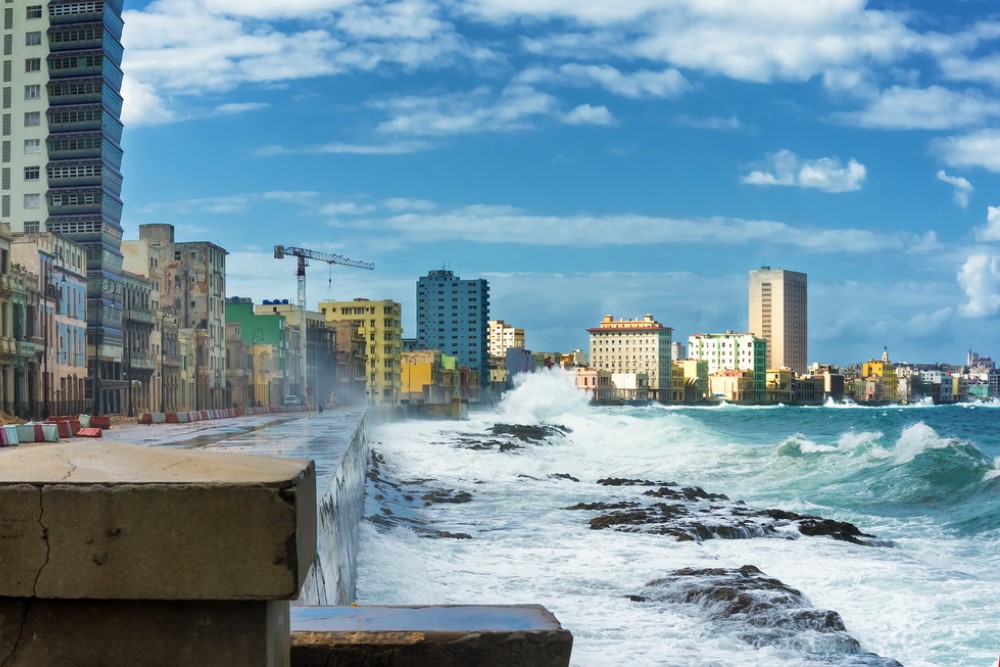 According to projections, by 2060 the lower third of Florida, home to 8 million residents, will be underwater. Within just a few decades many of Miami Beach’s landmarks will be lost. In response, some areas plan to fight rising sea levels with new infrastructure and new sea walls while other areas plan for a “managed retreat.” However, there are many more places around the world where there isn’t the money or capability to prevent homes from slipping into the water. People losing their homes to the sea means that they will need to go somewhere, and as time goes on we can expect to see a rising number of climate refugees. So, what are our ethical obligations to those being displaced?

Climate change is causing the melting of ice sheets and glaciers and the expansion of sea water. Current estimates show that sea levels are rising by 3.6 mm per year. A 2019 study projected that sea levels will rise by 69-111 cm by 2100. (In February, however, a paper in Ocean Science argued that previous projections have been conservative and that sea level rises will be higher.) What this means is that by 2100, we can expect significant threats to many areas of human habitation. In addition to Florida, which faces a number of climate challenges, Brazil, Egypt, Cameroon, China, India, and Indonesia will all face serious problems. For Bangladesh, rising sea levels represents a growing existential threat. Flooding owing to rising sea levels could result in the displacement of hundreds of millions of climate refugees. Indeed, while 2011 estimates had 187 million people potentially having to flee their homes, recent figures now project that as many as 630 million people (that is roughly 12% of Earth’s population) may be displaced.

But this is not simply a humanitarian crisis where we might feel obligated to lend a hand. The fact that the relationship between rising sea levels and climate change is generally well known changes the moral situation. Our intervention is demanded not (only) as a response to those desperately in need of help, but as a matter of justice given the harms we’re responsible for. If a nation or group of nations emits carbon, which in turn raises sea levels, and thus causes people to be displaced from their homes, surely there is an added moral dimension concerning what aid is owed to climate refugees. Given their particular contribution to the problem, what unique obligations might Western nations, for example, bear?

First, there are potential legal obligations. According to international law, people who are fleeing persecution in their country can seek to enter another. However, the current definition of “refugee” doesn’t apply to people who flee their homes because of climate displacement. Recently this controversy was addressed by the UN Human Rights Committee, who in 2020, ruled that climate migrants cannot be returned to countries where their lives might be threatened by climate change. Unfortunately, this is not binding; the issue is controversial and remains disputed. There are some who believe that the original 1951 convention on refugees should be interpreted to include those who are fleeing climate disasters. Others, like Alexander Betts and Nina Birkeland have argued against trying to redefine what it means to be a refugee because it would be impractical; renegotiating the convention would likely result in a worse deal for refugees.

Where does this leave us? According to the “conventional view” as described by Joseph Carens, states are free to exercise considerable discretionary control over the admission and exclusion of immigrants. As this is a power often considered an inherent part of what it means to be sovereign, it would seem that nations are not obligated to help climate refugees. Indeed, international libertarians argue that the only obligations that extend beyond a state’s border concern respecting other nations’ right to self-determination and refraining from harming them. (Though an important exception to this is refugees who are governed under international agreement.)

Putting aside the legal matter of potential obligations, there are those who argue that a state should provide aid and accept climate refugees if that nation has disproportionately benefited from the combustion of fossil fuels. Since many Western nations are largely responsible for the increased carbon emissions, the rising sea levels, and thus the environmental disasters that follow, it is argued that the developed world has a special responsibility not only to restrict emissions, but to protect and assist the global poor who are facing fallout from said disasters. On the other hand, there are critics who argue that historical responsibility as a justification for an obligation to assist migrants is problematic.

The polluter pays principle, for example, holds that those who pollute should bear the costs of managing the fallout. In other words, responsibility is tied to historical facts. It suggests that a nation like the United States should be obligated to aid climate refugees because of its role in causing the problem. However, there are difficulties in attributing blame in this way because of our inability to identify the specific harms done and to trace them back to specific causal factors. This complicates our ability to say that any particular nation might be obligated to accept certain refugees. There is also disagreement about how far back this kind of responsibility goes. Should a nation be held just as accountable for emissions dating back to a time when the effects of climate change were not well known? Theorists, like David Miller, have argued that emissions prior to the 1980s were not inherently harmful and so don’t count towards historical responsibility.

On the other hand, some philosophers argue that considerations of historical responsibility are beside the point; what we owe to climate refugees need not depend on establishing causality. For example, Jamie Draper argues that high-emitting states have a responsibility to climate refugees because even since the 1980s there has been a foreseeable connection between rising carbon emissions and harmful consequences of climate change. Because of this a nation like the United States can be said to be obligated to help regardless of the specifics concerning the causal relationship. These nations were well aware of the risks; they knew their emissions would generate harmful effects. Their failure to take the appropriate precautions render them a guilty party. For Draper, it isn’t a causal connection, but a failure to take due care that obligates nations to aid climate refugees.

It is to recognize that this is a problem being felt today, not merely one we must plan to confront in the future. There are already millions of people facing the prospect of fleeing their home. Addressing this problem means answering difficult questions: Does it matter who caused climate change? Should one’s ability to bear these costs be factored in? Do nations, or regions, or corporations, or individuals bear the blame? Is there such a thing as collective responsibility that we all share? Will our moral and legal frameworks catch up before it’s too late?