What Morgellons Disease Teaches Us about Empathy 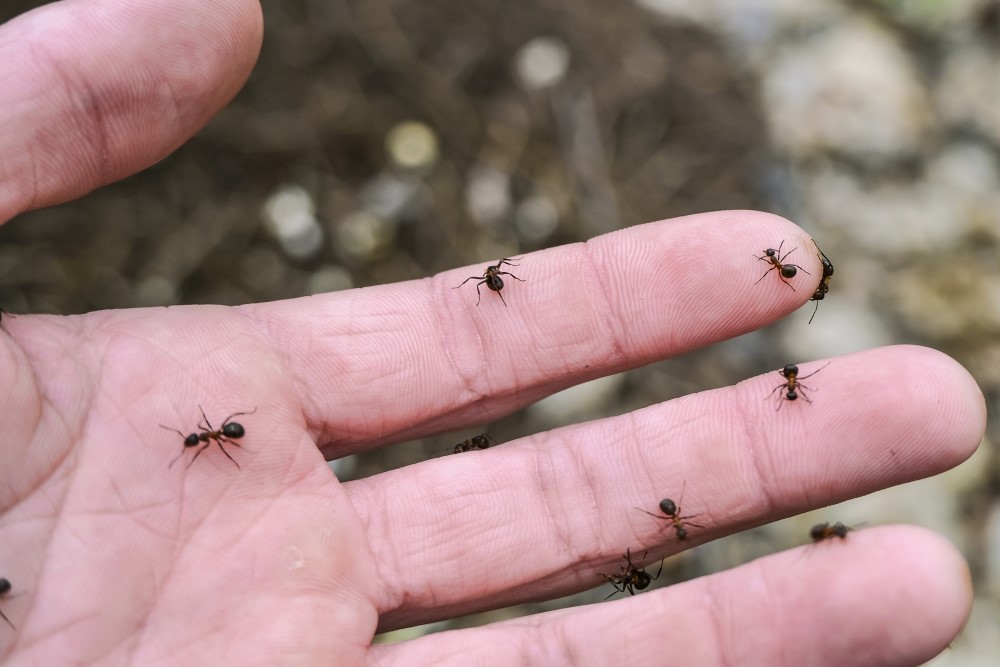 For better or for worse, COVID-19 has made conditions ripe for hypochondria. Recent studies show a growing aversion to contagion, even as critics like Derek Thompson decry what he calls “the theater of hygiene,” the soothing but performative (and mostly ineffectual) obsession with sanitizing every surface we touch. Most are, not unjustifiably, terrified of contracting real diseases, but for nearly two decades, a small fraction of Americans have battled an unreal condition with just as much fervor and anxiety as the contemporary hypochondriac. This affliction is known as Morgellons, and it provides a fascinating study in the limits of empathy, epistemology, and modern medical science. How do you treat an illness that does not exist, and is it even ethical to provide treatment, knowing it might entrench your patient further in their delusion?

Those who suffer from Morgellons report a nebulous cluster of symptoms, but the overarching theme is invasion. They describe (and document extensively, often obsessively) colorful fibers and flecks of crystal sprouting from their skin. Others report the sensation of insects or unidentifiable parasites crawling through their body, and some hunt for mysterious lesions only visible beneath a microscope. All of these symptoms are accompanied by extreme emotional distress, which is only exacerbated by the skepticism and even derision of medical professionals.

In 2001, stay-at-home mother Mary Leiato noticed strange growths on her toddler’s mouth. She initially turned to medical professionals for answers, but they couldn’t find anything wrong with the boy, and one eventually suggested that she might be suffering from Munchausen’s-by-proxy. She rejected this diagnosis, and began trawling through historical sources for anything that resembled her son’s condition. Leiato eventually stumbled across 17th-century English doctor and polymath Sir Thomas Browne, who offhandedly describes in a letter to a friend “’that Endemial Distemper of little Children in Languedock, called the Morgellons, wherein they critically break out with harsh hairs on their Backs, which takes off the unquiet Symptoms of the Disease, and delivers them from Coughs and Convulsions.” Leiato published a book on her experiences in 2002, and others who suffered from a similar condition were brought together for the first time. This burgeoning community found a home in online forums and chat rooms. In 2006, the Charles E. Holman foundation, which describes itself as a “grassroots activist organization that supports research, education, diagnosis, and treatment of Morgellons disease,” began hosting in-person conferences for Morgies, as some who suffer from Morgellons affectionately themselves. Joni Mitchell is perhaps the most famous of the afflicted, but it’s difficult to say exactly how many people have this condition.

No peer-reviewed study has been able to conclusively prove the disease is real. When fibers are analyzed, they’re found to be from sweaters and t-shirts. A brief 2015 essay on the treatment of delusional parasitism published by the British Medical Journal notes that Morgellons usually appears at the nexus between mental illness, substance abuse, and other underlying neurological disorders. But that doesn’t necessarily mean the ailment isn’t “real.” When we call a disease real, we mean that it has an identifiable biological cause, usually a parasite or bacterium, something that will show up in blood tests and X-rays. Mental illness is far more difficult to prove than a parasitic infestation, but no less real for that.

In a 2010 book on culturally-specific mental illness, Ethan Watt interviewed medical anthropologist Janet Hunter Jenkins, who explained to him that “a culture provides its members with an available repertoire of affective and behavioural responses to the human condition, including illness.” For example, Victorian women suffering from “female hysteria” exhibited symptoms like fainting, increased sexual desire, and anxiety because those symptoms indicated distress in a way that made their pain legible to culturally-legitimated medical institutions. This does not mean mental illness is a conscious performance that we can stop at any time; it’s more of a cipherous language that the unconscious mind uses to outwardly manifest distress.

What suffering does Morgellons make manifest? We might say that the condition indicates a fear of losing bodily autonomy, or a perceived porous boundary between self and other. Those who experience substance abuse often feel like their body is not their own, which further solidifies the link between Morgellons and addiction. Of course, one can interpret these fibers and crystals to death, and this kind of analysis can only take us so far; it may not be helpful to those actually suffering. Regardless of what they mean, the emergence of strange foreign objects from the skin is often experienced as a relief. In her deeply empathetic essay on Morgellons, writer Leslie Jamison explains in Sir Thomas Browne account, outward signs of Morgellons were a boon to the afflicted. “Physical symptoms,” Jamison says, “can offer their own form of relief—they make suffering visible.” Morgellons provides physical proof of that something is wrong without forcing the afflicted to view themselves as mentally ill, which is perhaps why some cling so tenaciously to the label.

Medical literature has attempted to grapple with this deeply-rooted sense of identification. The 2015 essay from the British Medical Journal recommends recruiting the patient’s friends and family to create a treatment plan. It also advises doctors not to validate or completely dispel their patient’s delusion, and provides brief scripts that accomplish that end. In short, they must “acknowledge that the patient has the right to have a different opinion to you, but also that he or she shall acknowledge that you have the same right.” This essay makes evident the difficulties doctors face when they encounter Morgellons, but its emphasis on empathy is important to highlight.

In many ways, the story of Morgellons runs parallel to the rise of the anti-vaccination movement. Both groups were spear-headed by mothers with a deep distrust of medical professionals, both have fostered a sense of community and shared identity amongst the afflicted, and both legitimate themselves through faux-scientific conferences. The issue of bodily autonomy is at the heart of each movement, as well as an epistemic challenge to medical science. And of course, both movements have attracted charlatans and snake-oil salesmen, looking to make a cheap buck off expensive magnetic bracelets and other high-tech panaceas. While the anti-vaxx movement is by far the most visible and dangerous of the two, these movements test the limits of our empathy. We can acknowledge that people (especially from minority communities, who have historically been mistreated by the medical establishment) have good reason to mistrust doctors, and try to acknowledge their pain while also embracing medical science. Ultimately, the story of Morgellons may provide a valuable roadmap for doctors attempting to combat vaccine misinformation.

As Jamison says, Morgellons disease forces us to ask “what kinds of reality are considered prerequisites for compassion. It’s about this strange sympathetic limbo: Is it wrong to speak of empathy when you trust the fact of suffering but not the source?” These are worthwhile questions for those within and without the medical profession, as we all inevitably bump up against other realities that differ from our own.