The Virtuous Life and the Certainty of Death 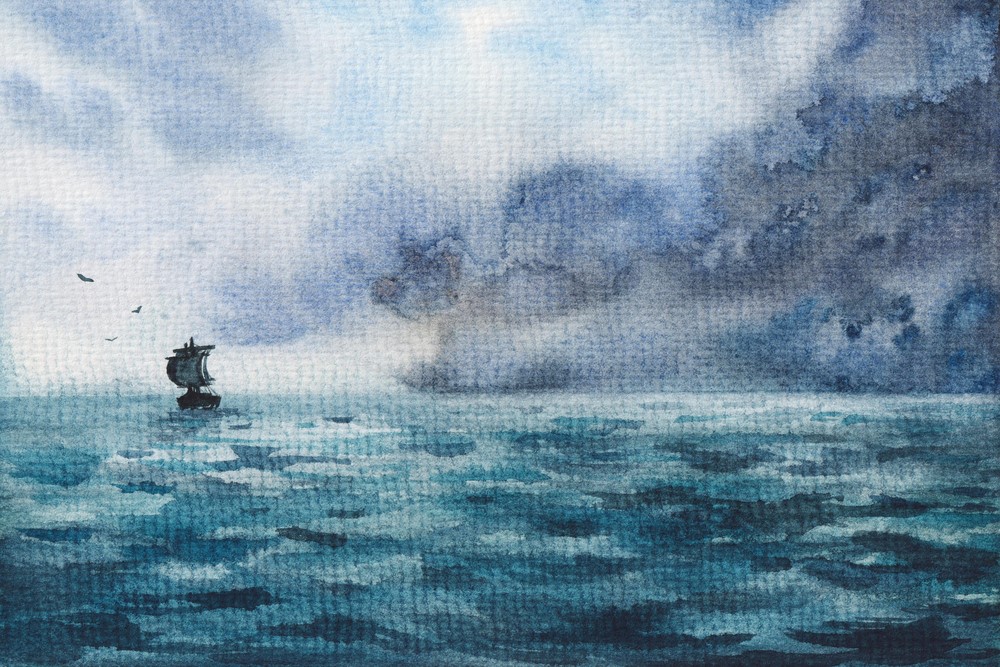 In the winter of 2019-2020, people in the United States and around the world watched the events unfolding in Wuhan, and, later, across China more broadly, with disbelief. News coverage showed hauntingly empty streets occasionally populated by isolated figures wearing hazmat suits and facemasks. The mystery illness unfolding there was horrifying, but it seemed to many of us to be a distant threat, something that could affect others, but not us, not here.

The human tendency to think of illness and death as misfortunes that happen only to other people is a form of bad faith that is discussed at length in existential literature.

Tolstoy explores these themes in The Death of Ivan Ilyich. The titular character suffers a minor accident which leads to his unexpected and untimely demise. He discovers with horror that he must die alone — no one around him is having his set of experiences, so no one can empathize with what he is going through. His friends and family can’t relate because they live their lives in denial of the possibility of their own respective deaths. Tolstoy describes the reaction of one of Ilych’s friends and colleagues on the occasion of his funeral,

“Three days of frightful suffering and then death! Why, that might suddenly, at any time, happen to me,” he thought, and for a moment he felt terrified. But—he did not himself know how—the customary reflection at once occurred to him that this had happened to Ivan Ilyich and not to him, and that it should not and could not happen to him, and that to think it could would be yielding to depression which he ought not to do…After which reflection Peter Ivanovich felt reassured, and began to ask with interest about the details of Ivan Ilych’s death, as though death was an accident natural to Ivan Ilyich but certainly not to himself.

There is something relatable about Ivanovich’s response to his friend’s death, but when Tolstoy presents it to us in the third-person we can’t help but to recognize the absurdity of it. Of course death will come for Ivanovich — as it will for us all. Denial doesn’t change anything. Yet, denial is a common response when death and devastation surround us.

The COVID-19 pandemic is a tragic example of this. At the time of this writing, it has killed a (conservative) estimate of over 4 million people. Despite this fact, many refuse to recognize the severity of the threat and resist safety measures and vaccination. Throughout the pandemic, news agencies have reported the stories of families who deeply regret that they did not take COVID-19 seriously, often because they contracted a debilitating case themselves, or they have lost a friend, family member, or significant other to the virus. Missouri resident David Long commented, after losing his wife to the virus, “If you love your loved ones, take care of them.”

In times like this (and in all times, really) the attitude that senseless death won’t or can’t affect you or those you love is the very thing that hastens it.

Unsurprisingly, many schools of philosophy have focused on adopting a healthy and virtuous perspective toward death. The ancient Stoics taught that we ought not to live in denial of it; living virtuously involves accepting the inevitable features of existence over which we have no control. This approach to death emphasizes coming to terms with that which we cannot change rather than denying our powerlessness.

Some schools of Buddhism offer similar guidance. Mindfulness of death (maaranasati) is an important aspect of right living. Diligent Buddhists frequently engage in the practice of focusing on the image of a corpse during meditation. Doing so reminds the practitioner of the inevitability of death, but at the same time reduces anxiety related to it through a process of familiarization and acceptance.

The senseless ways in which pandemics maim and kill threaten our sense of control over our circumstances. They reveal to us the absurdity of the human condition. This is something that many people would rather not think about, and the result is that many refuse to do so. As Camus writes in The Myth of Sisyphus,

Eluding is the invariable game. The typical act of eluding, the fatal evasion … is hope. Hope of another life one must “deserve” or trickery of those who live, not for life itself, but for some great idea that will transcend it, refute it, give it a meaning, and betray it.

Escapism has the potential to do much harm, not just to the self, but to others. When we think of death and disease as experiences that happen not to us, but only to others, we create in-groups and out-groups, as humans predictably do. When we see another living being as a member of an out-group, we have less compassion and empathy for their suffering.

We all die alone, and COVID-19 reminds us of that more starkly than other ways of dying. Often, the victims are quite literally alone when they experience their last moments. When we see suffering and death as a universal experience for sentient beings and that we are no different, the barriers that keep us from understanding one another fall away. We all are in a position to relate to the suffering and death of another regardless of the identity categories to which that other belongs.

As Camus puts it in The Plague,

One can have fellow-feelings toward people who are haunted by the idea that when they least expect it plague may lay its cold hand on their shoulders, and is, perhaps, about to do so at the very moment when one is congratulating oneself on being safe and sound.

And as his character Tarrou says of another character, Cattard, while in lockdown due to plague,

like all of us who have not yet died of plague he fully realizes that his freedom and his life may be snatched from him at any moment. But since he, personally, has learned what it is to live in a state of constant fear, he finds it normal that others should come to know this state. Or perhaps it should be put like this: fear seems to him more bearable under these conditions than it was when he had to bear its burden alone.

All of these considerations provide us with compelling reasons to think of the COVID-19 pandemic as relevant to each of us, regardless of whether we are young or old, or suffer from health ailments or are temporarily healthy. We should treat the frailty of human life as seriously in the case of others as we would want it treated in our own case.