The Ethics of Animal Dis-Enhancement 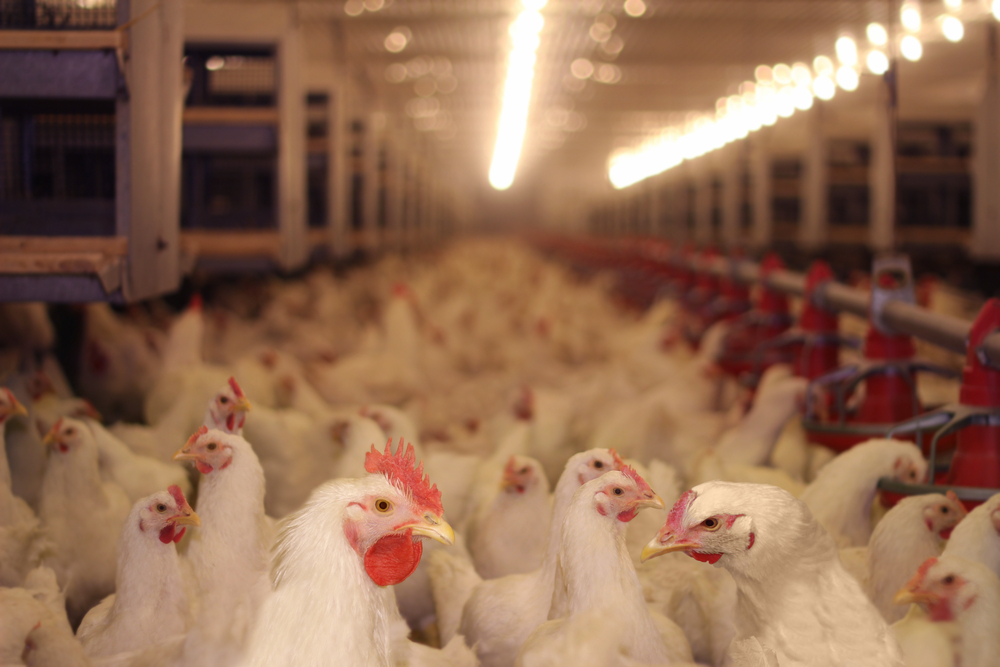 Human beings have long treated animals not as sentient beings, but as objects or products to be used and consumed. We do this in spite of the fact that animals demonstrate every sign of having mental lives. We have the same reasons to believe that animals have mental lives that we do to believe that other human beings have mental lives; the best evidence we have is behavior. Humans report having affection for animals. Nevertheless, we intensively farm them for food and use them for medical experiments, activities which are quite painful and lead to suffering, permanent disability, and/or death. Engaging in these activities requires compartmentalization and moral disengagement.

The tension arises because humans want to use animals for all of the purposes that they typically use them for, but they also don’t want the animals to feel pain or to suffer if it can be prevented. Under ordinary conditions, when faced with this choice, humans use animals rather than exhibit care for their suffering. Recently, some scientists and philosophers have suggested an alternative solution: genetically engineering farm and research animals to experience little to no suffering. Recent research on pain suggests that it is registered in the brain in two places. The first is in the primary or somatosensory cortex, which establishes the nature of the pain (burning, throbbing, etc.). The second involves the affective dimension which happens in the anterior cingulate cortex. This area controls not the pain itself, but how much the sentient creature minds the pain. Either area could be genetically engineered to reduce the discomfort experienced by the animal.

Advocates of this approach care about animal pain and suffering; if they didn’t, they would remain satisfied with the status quo. They are advocating what philosophers frequently refer to as an approach in line with non-ideal theory. The distinction between ideal and non-ideal theory is a meta-ethical distinction, that is, it is a distinction between different theories of what ethics is and how we ought to approach it. Ideal theorists argue that ethics should be concerned with identifying the correct moral theory and then directing behavior so that it conforms to that standard. The non-ideal theorist, on the other hand, acknowledges that everyone would follow the ideal theory in a perfect world, but emphasizes that we don’t live in such a world. As such, our ethical theorizing should situate itself in the world that we actually inhabit, with all of its flaws and imperfections — a world where we perhaps can’t or shouldn’t expect everyone’s compliance or agreement on all things at all times.

When it comes to dis-enhancement, these non-ideal theorists often acknowledge that it would be best if we simply stopped exploiting animals and using them as objects for human purposes. They also recognize, however, that animal advocates have been shouting their messages from the rooftops for decades, even centuries in some parts of the world. To the extent that these messages are being heard, they are also largely being dismissed. If we are going to continue to use animals for food and research, at least we could do so in a way that minimizes pain. This may not realize what true justice demands, but it may represent incremental change toward that ideal state of affairs.

Opponents of dis-enhancement make several different kinds of arguments. First, they argue that dis-enhancement leaves animals vulnerable. The ability to experience and to care about pain is an evolutionary mechanism that helps creatures to avoid danger. If there is no longer any fear of pain because dis-enhanced animals do not feel it, then animals could die from otherwise avoidable risk. In response to these claims, the non-ideal theorist might argue that the unfortunate truth is that these animals aren’t going to be venturing out into the wide world in which they might make bad decisions. Their fate is certain — they are destined to live lives during which they are imprisoned and used and then discarded. If this is the case, why not do what we can to make their existences less unpleasant?

Opponents argue further that our willingness to do this to non-human animals highlights the extent of our speciesism — our tendency to direct our moral concern only to members of certain species on the basis of species membership alone. Imagine that a scientist wanted to create a group of people to enslave and abuse. The scientist doesn’t want to cause the resultant humans any pain, so he creates them without the ability to experience it. It is reasonable to suppose that many people would object to this experiment. Would their objections be justified? How is this different from creating a horde of robotic slaves? If we react negatively to this thought experiment, but not to dis-enhancing animals, what could explain our reaction other than speciesism?

Margaret Atwood’s novel Oryx and Crake takes place in a futuristic universe that is increasingly bioengineered. At one point, Crake, who is working in the “Neo-agricultural Department” at a research university takes the main character, Jimmy, to observe a new method of food production. They are growing parts of chickens — only the breasts — for the purposes of food. Crake says,

“You get chicken breasts in two weeks – that’s a three-week improvement on the most efficient low-light, high-density chicken farming operation so far devised. And the animal-welfare freaks won’t be able to say a word, because this thing feels no pain.”

Crake’s laboratory is experimenting with animal parts, but, at least at this point in the story, they are not creating sentient beings. They are just chicken breasts, they aren’t having lived experiences of the world, they don’t have preferences or a dignity to contend with. (Consider in vitro meat, which allows scientists to create meat and organs to eat or to test on without changing the genetic structure of future sentient animals.)

When it comes to farm and research animals who have been “dis-enhanced,” we are still dealing with sentient creatures that have experiences of their world. They may lack the ability to feel or to care about feeling their own pain, but they still have a set of dispositions to behave in certain ways and have the ability to develop preferences. This makes them different from robots or disembodied chicken breasts. They are aware of their own experiences. Some opponents argue that respect for the lived experiences of sentient creatures demands that researchers refrain from playing Frankenstein with their bodies in ways that have serious consequences.

In response, advocates of dis-enhancement might appeal again to the non-ideal nature of the theory under which they are operating. They might agree that it would be wonderful if everyone respected the dignity of sentient creatures. Unfortunately, that isn’t going to happen. Given this, dis-enhancement might be our best chance at reducing or eliminating the massive amounts of suffering that these processes entail.

Another objection to dis-enhancement comes from the perspective of environmental virtue ethics. Are we oriented virtuously toward the natural world and the living creatures on it if we respond to the crises that we face with dis-enhancement? Consider the following parallel case. One way of responding to climate change is to engage in geoengineering. One form that this can take is changing the chemical constitution of our atmosphere in such a way as to roll back or lessen the effects of global warming. Opponents of geoengineering point out that when a child messes up their room, the right thing to do is get them to clean it and teach them how to keep it clean rather than searching for ways to mess it up ever further without consequences. By analogy, we should limit our greenhouse gas emissions and try to clean up the mess we’ve made rather than pursuing geoengineering strategies that threaten to produce ever more mess.

Critics of dis-enhancement argue that we should adopt the same standard of responsibility when it comes to cruelty to animals. Instead of finding ways to engage in cruel behavior without causing pain, we should simply stop engaging in cruel behavior. Treating animals in the way that we do is an exhibition of vicious character. Even if it has little effect on the animals because they have been dis-enhanced and don’t feel pain, the philosopher Immanuel Kant’s observations may be useful here. He says that we “must practice kindness towards animals, for he who is cruel to animals becomes hard also in his dealings with men. We can judge the heart of a man by his treatment of animals.” If we behave callously toward dis-enhanced sentient animals because they don’t experience pain, the consequence may be that we are increasingly callous and cruel toward the beings that do.

The question of dis-enhancement is ultimately a question of how we should view the relationship between human beings and the natural world. Should it be a conqueror’s relationship to the conquered? Are we so depraved as a species that it would be naïve for us ever to expect broad scale changes? Or is there hope that we can someday view ourselves as empathetic fellow participants in biotic communities?