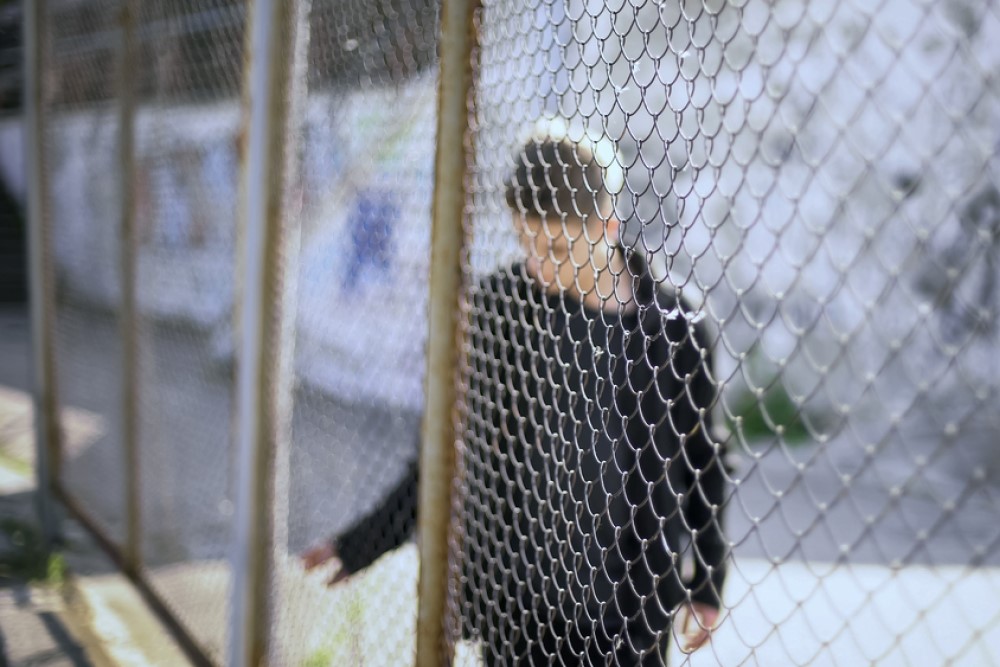 In the United States, summer camps for kids across the nation make up a $4 billion dollar industry. However, not all summer camps are designed to be fun. “Scared Straight” programs are designed to deter at-risk youth by forcing them into an exaggeratedly violent and threatening prison setting for 1-3 days. The purpose of these programs is to encourage children to change their actions which could eventually lead to adult conviction. Parents voluntarily pay for their children to be sent to these programs, a decision which some child psychologists have labeled as “child abuse.”

Are prison camps for kids ethical? Is it right to use fear to elicit a change in behavior? Are there certain disciplinary tactics which should be off-limits to parents?

Public awareness of these camps first began with the documentary “Scared Straight!” which aired in 1978, and won an Emmy and Academy Award for its depiction of children sent to prison camps. Awareness increased due to the A&E TV series “Beyond Scared Straight” which documented the experiences of children in prison camp programs for 9 seasons. Most recently, Vice ran a mini-documentary feature in 2018, which contained highly disturbing footage. One of the most documented “scared straight” prison camps for kids in the U.S. is “Project STORM,” a camp based in North Carolina, whose existence is predicated on the belief that “punishment and fear (i.e. getting tough on crime), is one approach to reducing juvenile crime.” Participation in the program costs between $75-100 and lasts 12 hours, including an overnight stay.

While many would agree there is some utility in allowing parents agency over personal parenting decisions, where should the line between children’s rights and parental discipline lie? One place to turn for answers might lie in the Convention on the Rights of the Child, an international agreement with 140 signatory countries, including the U.S. who has signed but failed to ratify. The Convention recognizes 40 rights that children are entitled to, including protection from abuse and violence as well as the prioritization of their best interests by parents and governments. Though the Convention does not define abuse and violence, child abuse is defined by the U.S. Department of Health and Human Services as ”any recent act…on the part of a parent or caretaker which results in death, serious physical or emotional harm, sexual abuse, or exploitation.” Studies have shown that certain forms of punishment, such as corporal punishment, negatively impact the emotional and physical well-being of children. With this in mind, it is clear that any program which uses physical and emotional violence, or the threat of violence, against children would be widely recognized as immoral in violating the rights of children. It is also hard to justify “scared straight” programs even from a consequentialist perspective. The American Psychological Association maintains that physical discipline is ineffective as well as harmful. In fact, Scared Straight programs have been found to actually increase the likelihood of criminal conviction for children who partake in them.

However, even if such camps appear to violate the rights of children, do the rights of parents to choose their own disciplinary methods present an irresolvable tension? Legally, parents have the right to exercise “reasonable force or reasonable punishments on their child to control, train, and educate.” This right is often referred to as the “parental discipline privilege.” While many states recognize this right as a defense during allegations of child abuse, the legality of an action does not necessarily make it moral. However, there is some utility in generally allowing parental autonomy in raising children. After all, parents often know their children better than anyone else, and therefore are the most qualified to make disciplinary decisions which will be simultaneously effective and appropriate to the child’s temperament. Additionally, giving parents more autonomy may lead to better outcomes for children, as some advocates claim. Parents who feel criticized or judged may also be more likely to react harshly to their child’s misbehavior due to embarrassment.

It’s also worth examining whether the moral culpability of parents rides partially on their motivation. The decision to send one’s child into a Scared Straight program might be the best decision a parent believes they can make, or they might see it as a last resort to teach their children to stay out of trouble. Parents who turn to these programs may feel they do not have the time, money, or energy to invest in helping their children make better decisions, so they rely on fear as a remedy. While generally ineffective and arguably abusive, parents who believe the promises of Scared Straight programs may ultimately be making a decision which they believe is ultimately positive for the child. For example, a single-parent trying to make ends meet, whose child has been expelled might believe that the program is the most manageable option for helping their child choose a different path. While parents who send their children to such programs for minor problems or who have historically abused their child, might be less excusable in their decision. Whether or not one believes that even well-intentioned parents should know better is likely the determining factor in whether or not one believes parents are fully culpable for the immoral and inhumane treatment of children in these programs.

Turning to Scared Straight programs themselves, is using fear as a method to elicit “positive” behavioral changes okay? If the programs were indeed highly effective, one might argue that the cost of such deterrence is worth the benefits. Incarceration has severely negative impacts on an individual, and some might believe that one traumatic weekend at a scared straight program is well-worth it. On the other hand, perhaps it is never okay to use such methods, as they are irreconcilably wrong in themselves. The use of fear to elicit or deter certain behaviors is highly debated within the psychological and sociological fields. “Fear appeal,” as it is often referred to, is “a persuasive message that attempts to arouse fear in order to divert behavior through the threat of impending danger or harm. Though the concept of fear appeal is commonly used in public health and marketing-based settings, this strategy is also clearly present in Scared Straight programs which use extreme, and arguably exaggerated circumstances of prison, to encourage kids to do everything they can to avoid criminal prosecution. This overload of fear might be the reason for its ineffectiveness as studies have found that extreme fear can effectively shut down the subject and may even lead to risk denial for those especially susceptible to the threat. If one believes that effective use of fear which leads to positive outcomes is justified, then the moral problem with Scared Straight programs is their ineffectiveness. On the other hand, if one believes that no matter the outcomes, the violent and threatening methods employed by these programs are wrong in itself, the most ethical answer is to simply abolish the programs altogether.

Parents are not only the main legal guardians of their children, but also the protector of their rights. Sometimes, parents make decisions which they believe will benefit the child, but lead to more harm than good. It is clear that Scared Straight programs which mentally and physically torment children have severely negative impacts on children and are highly ineffective. Until they are fundamentally reformed or ultimately abolished, they will likely continue to motivate shocking documentaries and critical exposes.