UFOs and Hume on Miracles 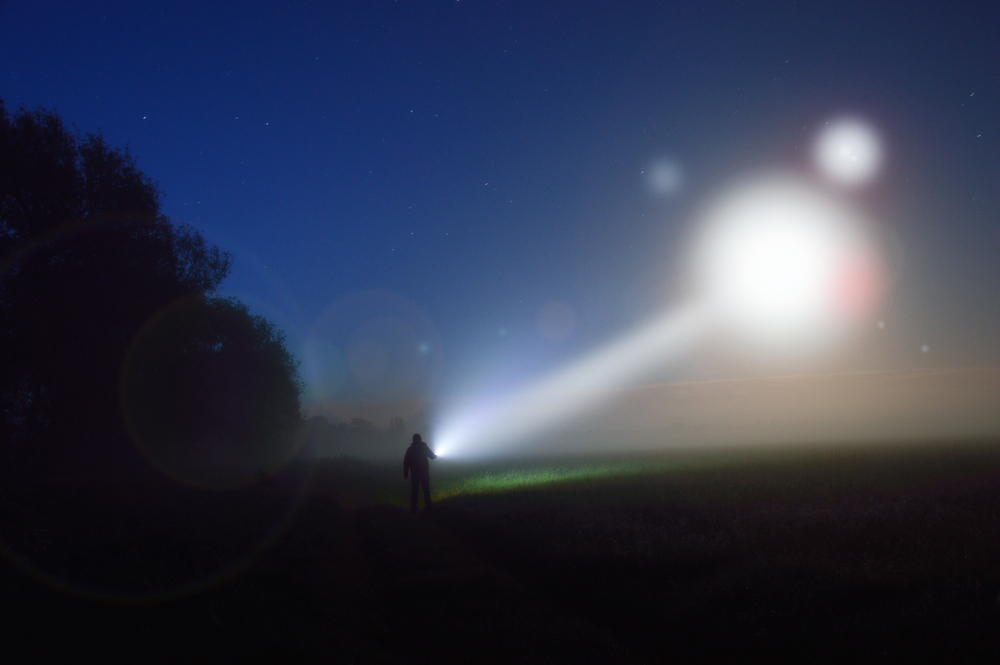 UFOs appear to be having a cultural moment. A Pentagon report laying out what U.S. intelligence agencies know about UFOs — or, to use the government’s preferred acronym, UAPs (unidentified aerial phenomena) — is expected at the beginning of June. A recent “60 Minutes” segment included interviews with two former Navy pilots who described their encounters with a UFO. The New Yorker ran a long piece about UFOs in its May 10th issue. And last week former Nevada senator Harry Reid penned a long reflection in The New York Times about his interest in the phenomenon.

It is relatively common to see UFOs, such as those tracked by Navy fighters’ infrared weapons cameras, described as “defying the laws of physics”; for example, flying at many times the speed of sound and then coming to an abrupt halt, without any visible means of propulsion. Being woefully ignorant about those laws, it is difficult for me to tell whether this is journalistic hyperbole or a claim to be taken literally. But if we do take it literally, then we can call on the great Scottish philosopher David Hume to help us decide what to believe.

Hume famously defined a “miracle” as a violation of a law of nature. For Hume, a law of nature obtains only when we have an extensive, and exceptionless, experience of a certain kind of phenomenon: for example, our extensive experience of human beings dying “establishes” the law that all human beings die. (As this example suggests, violations of laws of nature are not impossible or inconceivable; they are simply counterinstances to our extensive, exceptionless experience.) If UFOs really defy the laws of physics, then they perform miracles in the Humean sense.

Hume argued that no testimony — i.e., a person’s statement that something is true — can establish the existence of miracles. His argument can be summarized as follows:

1. The evidence against the existence of a miracle is as strong as it possibly could be.

A law of nature is established on the basis of experience, which is the only kind of evidence we can have for a causal proposition. And our experience is both extensive and exceptionless, so it furnishes evidence that is as strong as experiential evidence could be.

Hume avers that it is always more probable that testimony is false — that the person giving the testimony “either deceive[s] or [has been] deceived” — than that a miracle has occurred. Put another way: to constitute stronger evidence than that which we have against the existence of a miracle, testimonial evidence for a miracle must be such that its falsehood would itself be a miracle — in fact, would itself be a greater miracle than that which the testimony is evidence for.  But for any given piece of testimony, there is always a non-miraculous possibility of its falsehood.

3. We ought to proportion our belief according to our evidence, and evidence for contradictory conclusions cancels out.

Hume here appeals to “evidentialism,” the commonsense idea that we ought to proportion our belief in a proposition to the evidence we have for it. In addition, he says that evidence for a proposition and evidence for its negation “destroy” each other.

4. Therefore, whenever our evidence for a miracle is based entirely on testimony, we ought to believe that it did not occur.

It might be objected that we have non-testimonial evidence for UFOs, such as the infrared camera videos. However, these videos are by themselves difficult for most people to interpret or understand, as are most of the alleged photographs of UFOs. The layman must instead rely on the testimony of experts to interpret the videos or photographs for him or her. Thus, even when photographs or videos are held up as evidence of UFOs, it is really the testimony of experts, who provide authoritative interpretations of these materials, that is doing the evidentiary work. And this leads us back to Hume’s problem.

Of course, Hume’s argument is not without its many detractors; objections are legion. One objection revolves around what Hume says about the “Indian prince, who refused to believe the first relations concerning the effects of frost …” The Indian prince had an extensive, exceptionless experience of water in a liquid state. Frost is a counterinstance of the “law” that water is always liquid. Does it follow, then, that the Indian prince could not justifiably believe in frost on the basis of any testimony, no matter how strong? Hume’s response is that solid water is an experience that is not contrary to the prince’s experience, although it is also not conformable to it. The more general problem is that Hume needs to allow for progress in the sciences, including the revision of our understanding of the natural laws. Like many of Hume’s arguments, his argument about miracles set the agenda for much of the succeeding discussion, but left many questions unanswered.

Still, Hume’s argument against miracles is undeniably compelling. As applied to UFOs, the argument shows us the limits of testimony, however well-intentioned or authoritative.