“Politicians in Robes”: Neutrality in the Supreme Court 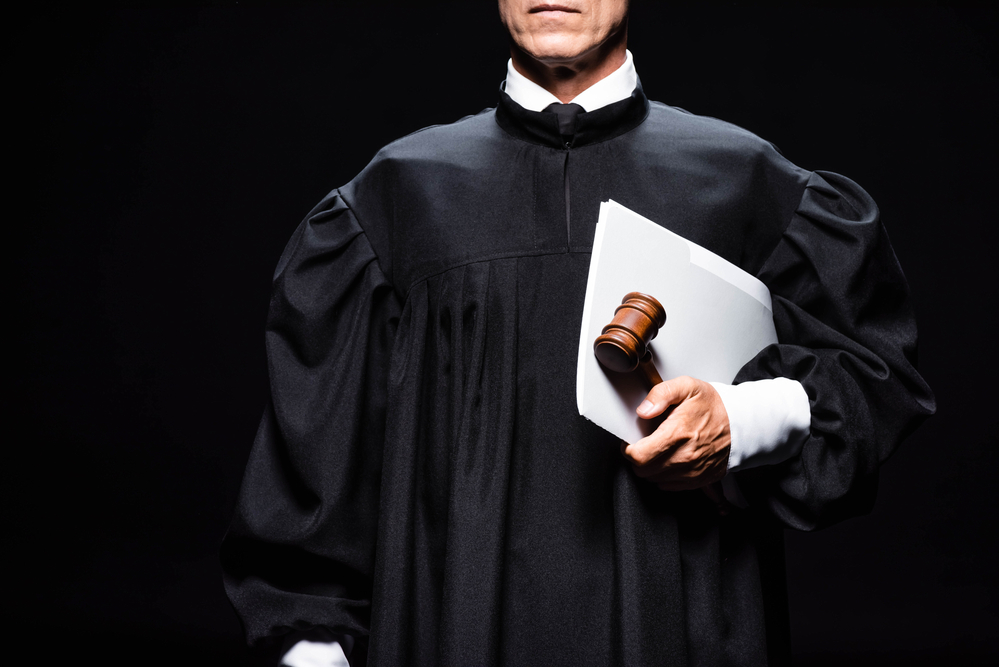 As the Supreme Court decides which issues to take up on its docket — abortion, gun rights, and perhaps even affirmative action — legal seers are already tallying the expected results. Emphasizing the court’s 6-3 conservative majority, many see these cases as having all but been decided; the writing is on the wall.

The political leanings of the Roberts Court have only grown more visible. While an air of secrecy often attends the justices’ business and keeps the inner workings of the Court hidden from public view, any sense that the Court stands removed from the political fray is quickly disappearing. Justices Kagan and Sotomayor have increasingly called out Kavanaugh’s inconsistent rulings, and he’s been taken to task for his hollow virtue-signalling and performative hand-wringing. This isn’t like when Justice Alito sparred with Gorsuch over his textualist read of Bostock. In Kagan’s dissent in Edwards v. Vannoy just last week, she explicitly chastised Kavanaugh for his approach that “treats judging like scorekeeping … about how much our decisions, or the aggregate of them, benefit a particular kind of party.” This, Kagan argues, is simply not how judges are supposed to approach their duties. Judging requires focusing on the legal merits of the case before you; it isn’t about anticipating political fallout according to party affiliation or balancing “wins” and “losses.”

The divisiveness seen in the Court mirrors the ugly politics in Congress that preceded its recent newcomers. All three justices, Ian Millhiser points out, were “nominated by a president who lost the popular vote and confirmed by a bloc of senators who represent less than half of the country.” Given the hypocrisy surrounding Gorsuch and Barrett’s appointments as well as the acrimony on both sides over Kavanaugh’s confirmation, it will be hard to dispel the notion that the Supreme Court is just another battleground for political score-settling.

Add to this a common belief in the practice of strategic retirement – justices timing their departure to ensure the installation of like-minded predecessors – and it’s hard to see the Court as anything other than an ideological land grab. The lottery appointment system, ensuring that justices are confirmed unevenly, erodes public trust and stretches the connection between the people’s will and their rulers’ authority to its breaking point.

Taken together, these considerations question the Court’s ability to serve its necessary function as a check on power and legal backstop. Contrary to Justice Roberts’s claim that the Court’s job is merely to “call balls and strikes,” the prevailing perception is that justices are overwhelmingly motivated by their personal political agendas and, thus, the Roberts Court stands committed to effecting the Right’s political will.

So what do we stand to gain by maintaining the fiction that justices are nothing more than umpires? Why deny the Court is composed of “Obama judges or Trump judges, Bush judges or Clinton judges”?

However well these cynical accounts reflect the reality, it does great and lasting damage to our legal system to reduce the High Court to just “another political institution” — a nine-member Congress replete with the familiar political hackery and partisan warfare. That damage can’t be undone by simply expanding the bench to instill balance and force it to better reflect citizens’ diverse viewpoints. Any politics-driven reform to the Court threatens to undermine whatever is left of the public’s trust in the institution. The Court’s role as guardian of individual rights, ultimate interpreter of the Constitution, and final arbiter of the law is very much at stake. Ultimately, the Court’s decisions confer legitimacy only insofar as we believe in its singular ability to apply the law in neutral fashion, according to a standard we (perhaps naively) think insulated from political ideology.

These convictions have led Justice Breyer to claim that the “peril facing the Supreme Court comes less from partisan judges than from citizens who, encouraged by politicians, equate impartial justice with agreeable judicial outcomes.” Rather than focusing on results, we should expect judges first and foremost to follow the law. Public trust comes from our faith that, in interpreting the law, justices rely on their legal ability and interpretative powers rather than fidelity to a particular political party. We call on the Court to deliver legal pronouncements rooted in a theory of constitutional interpretation rather than barefaced political morality. The Court stands apart from other political institutions because we see its members as possessing a specific kind of expertise and assessing cases according to a unique and independent metric. Judging is about applying neutral legal criteria, not about partisan policy preferences; it’s about divining the meaning of words, the intentions of authors, and the implications of past precedents. It’s an investigation rather than a contest, a deliberation rather than a quarrel, an art rather than a science.

Apart from this prioritizing of procedure over product, we also tend to think that the justice’s lifetime tenure insulates them from political pressure. On the one hand, this makes the justices unaccountable to the people; these unelected officials exercise enormous power over the lives of citizens without fear of recall. On the other hand, this suggests that judges are freed from the rancor of party politics and are beholden to no one (including the person who appointed them).

But what do we do with the incongruity between this idealized fantasy and our political reality? How do we restore (or at least maintain) public trust in the institution? Expanding the bench threatens to burn whatever credibility the Court has left, but staying the course promises death by a thousand cuts. From regular appointments to term limits, perhaps President Biden’s Supreme Court reform commission can show us the path forward, though no one seems to be holding their breath.