The Ethics of Dark Tourism 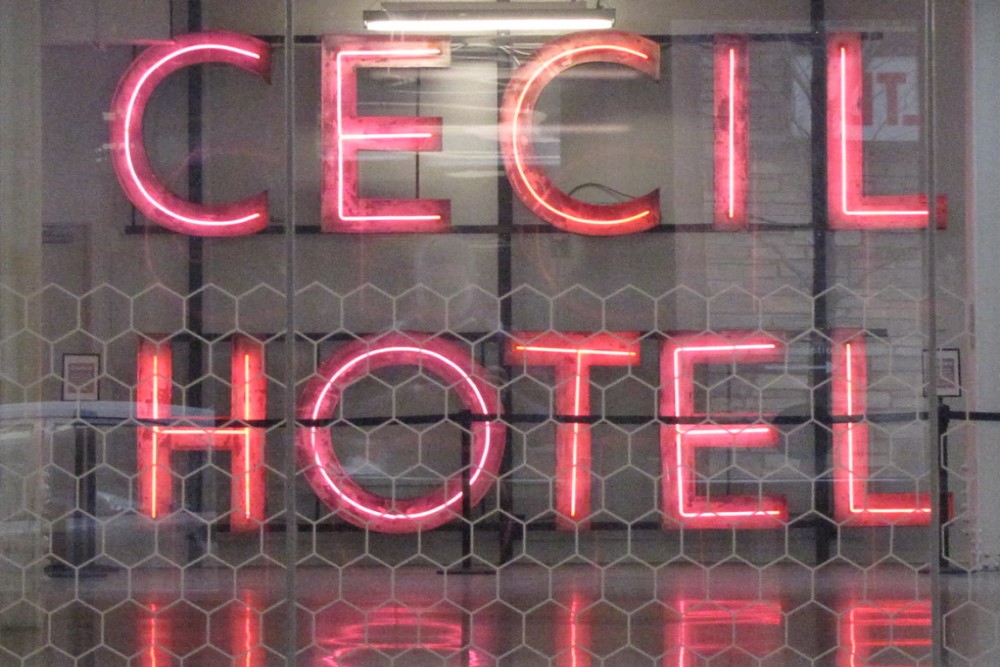 In February 2020, Netflix released a four-part docuseries called Crime Scene: The Vanishing at the Cecil Hotel. The series focuses on the death of Elisa Lam, but along the way it tells the story of the building. It was built in the 1920s with all of the glamour that is often associated with hotels of that age in that area. The hotel struggled during the Great Depression. It is located on skid row, and eventually it became a common resting point for the city’s poor. The Cecil is infamous for the deaths that have taken place there and for the fact that two famous serial killers, Richard Ramirez and Jack Unterweger, stayed there during the period in which they were actively killing people. A season of American Horror Story was based on the folklore that surrounds the Cecil Hotel.

Elisa Lam was a 21-year-old student at the University of British Columbia. She vacationed in California in the early months of 2013. Several days into her trip, she checked into the Cecil Hotel. It was frequented by international travelers because it was inexpensive and functioned as a hostel. These travelers were also largely unfamiliar with the hotel’s past and as a result they were undeterred by it. During her stay, Lam initially shared a room with some of the hotel’s other international travelers. She was moved to her own room when those travelers complained about her erratic behavior. Shortly thereafter, Lam disappeared. The last known images of her are captured on a hotel security tape. Her behavior is unusual. The police released the tape and the video went viral, causing internet sleuths across the globe to speculate about what happened to her. At times, she appears to be checking for something or someone outside the elevator door. She moves her hands in unusual ways and presses the buttons to all of the floors. Finally, she walks awkwardly out of the elevator and down the hall. She was found weeks later, naked, dead in the water tower on top of the hotel which a maintenance worker checked after guests complained that their shower and tap water was coming out black.

After the series came out, there was renewed interest in staying at the Cecil Hotel. Crime aficionados and ghost hunters were eager to spend the night — preferably in a room in which Ramirez or Lam once stayed. The hotel has been closed for renovations since 2017, but this has not stopped “dark tourists” and social media personalities from sneaking in to take pictures and footage.

Many people would rather visit the home of a serial killer, the location where a famous murder happened, or the site of a natural disaster than a sandy beach or a world heritage site. Dark tourism isn’t new. People often feel powerful connections to some of the world’s most tragic events. This connection is so strong that thousands of people visit Gettysburg every year, not simply to observe a historical site or to pay their respects to the many human beings that died in that battle, but to actually take on roles and act out what occurred there.

People will engage in dark tourism even when there is risk that doing so might be dangerous to their health and safety. For instance, for years tourists have been visiting Chernobyl, the location of the nuclear disaster that led to agonizing death and long-term illness for so many people in the 1980s and beyond. The risk of exposure to radiation has been no source of concern for many tourists who just want to be close to tragedy.

One way of viewing this kind of behavior is as just one form that an interest in history can take, and there is no reason to be critical of anyone for taking an interest in history. Millions of people visit the Tower of London every year. The fact that terrible things happened there is part of what makes it an interesting place. Most cities and the buildings in them have a rich variety of stories to tell. The ability these destinations have to call up our sense of empathy and shared humanity is part of what makes many of us interested in traveling in the first place.

On the other hand, intentions may turn out to matter quite a bit. If a person gets a charge from visiting the home of a serial killer and their preferred vacation destination is a tour of death, that person may have some soul searching to do.

It also might matter whether it is “too soon” to treat the location in question as a place where tourists can get cheap thrills. Since the Battle of Bosworth happened in 1485, it may be the case that no one can be thought of as particularly perverse for experiencing excitement when visiting the location where it took place. If the event occurred in living memory, it may be wise to be more circumspect. There are actual living, breathing human beings that might be hurt by the decision to treat the location of their personal tragedy as if it is a great spot to grab an Instagram photo on spring break. In the case of Elisa Lam, there is good reason to believe that mental illness played a role in her death. When people visit the Cecil Hotel hoping to contact the ghost they believe killed her, it minimizes the real tragedy of what likely actually happened.

That said, it may be that some events were so inhumane that it is never appropriate to visit sites associated with them for kicks. For instance, over the years there has been much discussion about what to do with Hitler’s childhood home. There was discussion for a while of turning it into a museum dedicated to the memory of the victims of the Nazis. In recent years, Austria has decided to tear it down to reduce or eliminate the attraction the location has for neo-Nazis.

In Salem, Massachusetts, visitors can buy a ticket to the Salem Witch Dungeon, which is ostensibly a site to educate tourists about what the trials, imprisonment, and execution of people accused of witchcraft would have been like for those who experienced them. Unfortunately, at many turns the Witch Dungeon is more like a modern haunted house than it is a respectful educational opportunity. When people wearing spooky makeup are hired to generate screams, it can be easy to forget that everyone who was accused of witchcraft was innocent of that charge and that the events that are being reenacted in the dungeons are based on the last torturous days of the innocent.

Aristotle thought that part of what it is to be a virtuous person is to habituate the dispositions to have apt feelings and reactions to one’s circumstances. This requires practice and keeping a close eye on others who have well-developed characters. Having the right response to a location associated with tragedy may not be a matter of avoiding these locations, but, instead, visiting with the appropriate amount of respect and understanding.