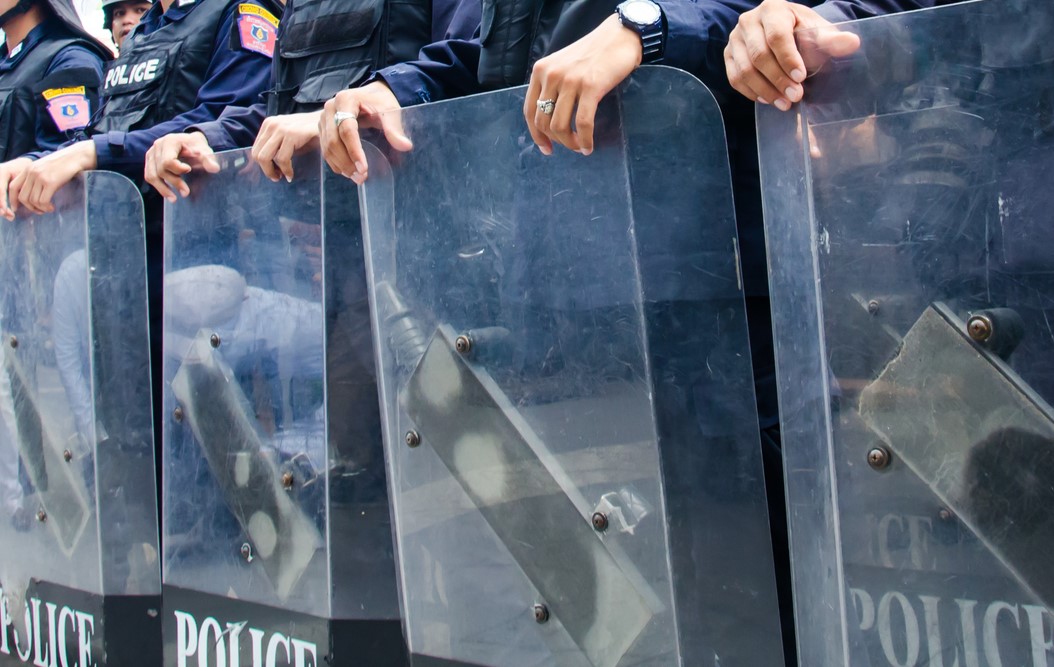 “Riot police” by chatchai (via depositphotos)