On Climate Refugees and Captain America 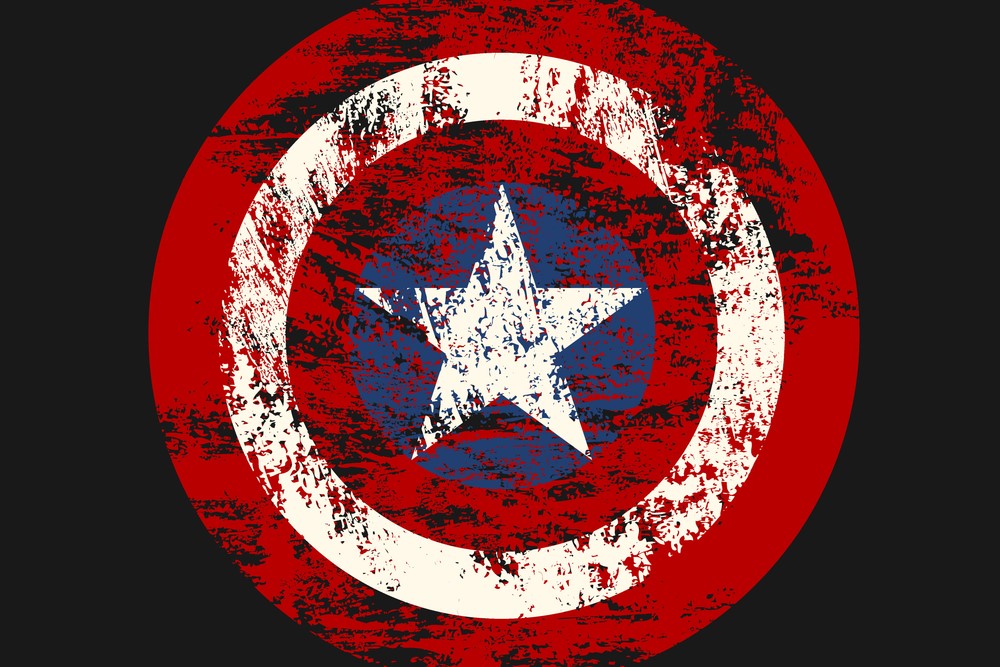 WARNING: The following article contains spoilers for all six episodes of The Falcon and the Winter Soldier on Disney+.

After the release of Avengers: Infinity War, the 2018 entry in the Marvel Cinematic Universe that ended with the villainous Thanos snapping his fingers to magically erase half of all life in the universe, the internet lit up to debate the (im)morality of his actions. According to the movie, the character’s motivations were, arguably, altruistic (because after seeing his own planet succumb to resource depletion and overpopulation, the “Mad Titan” reportedly wanted to prevent similar sufferings elsewhere). In this way, Thanos joined Black Panther’s Eric Killmonger, Spider-Man: Homecoming’s Adrian “The Vulture” Toomes, and Captain America: Civil War’s Baron Zemo in the ranks of “MCU Bad Guys who might be making some Good Points.” Of course, however defensible or understandable their philosophies might be, the murderous brutality exhibited by each antagonist has consistently kept the MCU’s moral dichotomy more-or-less clear; just as superhero comics have been called “moral pornography” for their oversimplified and exaggerated depictions of good and evil, superhero movies are rarely different.

Although it isn’t, strictly speaking, a movie, the latest MCU story — The Falcon and the Winter Soldier, a limited-series on the Disney+ streaming service — follows basically this same vein, featuring an enemy whose message is far more sympathetic than her methods. In brief, the six-episode miniseries focuses on Avengers characters Sam “Falcon” Wilson and Bucky “Winter Soldier” Barnes as they work to smooth out the geopolitical chaos provoked by their team’s defeat of Thanos in 2019’s Avengers: Endgame. Although the Avengers were able to undo Thanos’ Snap and bring the people killed in Infinity War back to life, it took them five years to do so and, in the meantime, the world soldiered on. During the period between movies (now referred to in-universe as the “Blip”), humanity had done its best to rally together in the anarchy that followed half the globe’s sudden disappearance; the equally sudden return of all those missing people a half-decade later, although joyful in many ways, once again upset the fragile balances built during the Blip. As the series opens, the international Global Repatriation Council has taken charge of the situation and is in the process of essentially “resetting” Earth back to the way it was before the Snap; against this, Karli Morgenthau leads a team of insurgents called the Flag Smashers in an attempt to salvage the more unified way of life they had created in the Blip.

A key thread in the series is the upcoming GRC vote to deport refugees displaced by Thanos’ Snap back to wherever they lived before the Blip. From the perspective of the Council, this would solve many problems: as one character insists in a later episode, imagine a situation where someone was killed by the Snap, returns to life five years later, and discovers that someone else has moved into their house in the interim — who is the house’s rightful owner? In order to simplify these kinds of murky questions, the series sees the GRC poised to forcibly displace thousands of people, many of whom had managed to forge better lives for themselves after the Snap. As Sam explains at one point: “For five years, people have been welcomed into countries that had kept them out using barbed wire. There were houses and jobs. Folks were happy to have people around to help them rebuild. It wasn’t just one community coming together, it was the entire world coming together.” In short, although Karli and the Flag Smashers are initially described as just wanting a “world that’s unified without borders,” their actual goals are more focused on the often-ignored needs of the world’s refugees — particularly those who would be demonstrably harmed by simply “going back to the way things were” before the Blip.

Granted, the Flag Smashers are also revealed to have acquired Captain-America-esque strength and stamina (after double-crossing a Madripoorian crime boss) and they use their newfound superpowers to kill more than a few GRC agents in their crusade to stop the vote — no matter how sympathetic the cause, comic book logic (not to mention corporate incentives and, at times, outright propaganda) demands that Karli and her friends ultimately play a “Bad Guy” role for the MCU (even as one of their own is savagely executed in broad daylight by John Walker, an enraged American agent). Still, the show ends with Sam — as the new Captain America — chastising the rescued GRC leadership for effectively ignoring the refugees, giving at least some credence to the (at that point, mostly dead) Flag Smashers and their message.

Indeed, it’s hard not to sympathize with a group of people who, through no fault of their own (and as an explicit consequence of others’ recklessness) are displaced from their homes and forced into poverty. In a similar way, real-world philosopher Rebecca Buxton has argued that we should attend more carefully to the needs of real-world refugees forced to flee their homes as a result of climate change. Although rising global temperatures make for much less exciting action sequences than a purple-skinned alien fighting the Hulk, their threat is significant and their result is roughly the same: recent years have seen as many as 20 million people become climate refugees for one reason or another. Buxton points out, though, that these displaced citizens are predominantly not from those nations most responsible for the carbon emissions and other pollutants contributing to climate change; for example, the nation of Tuvalu was projected to become the first carbon-neutral state, but is now facing submersion as sea levels rise. Consequently, although debates about climate refugees tend to focus on compensation for certain, specific harms, Buxton instead contends that refugees are owed reparations (which can only be paid by those who actually bear responsibility for the damages). Although this burden of proof is more difficult to satisfy, Buxton argues convincingly that it is possible, at least in principle, to identify specifically who owes who what before leaving it to policymakers to work out the applications for specific cases.

So, if you enjoyed The Falcon and the Winter Soldier and found yourself agreeing with the new Captain America that Karli and her friends should not simply be written off as “terrorists,” it might be prudent to consider some of the real-world counterparts of the refugees that the Flag Smashers were trying to help.

(It might also be wise to consider how Buxton’s defense of reparations might relate to the story of Isaiah Bradley and the other ways that the miniseries engages with race and racism in America, though I’ll leave that topic for a different article.)