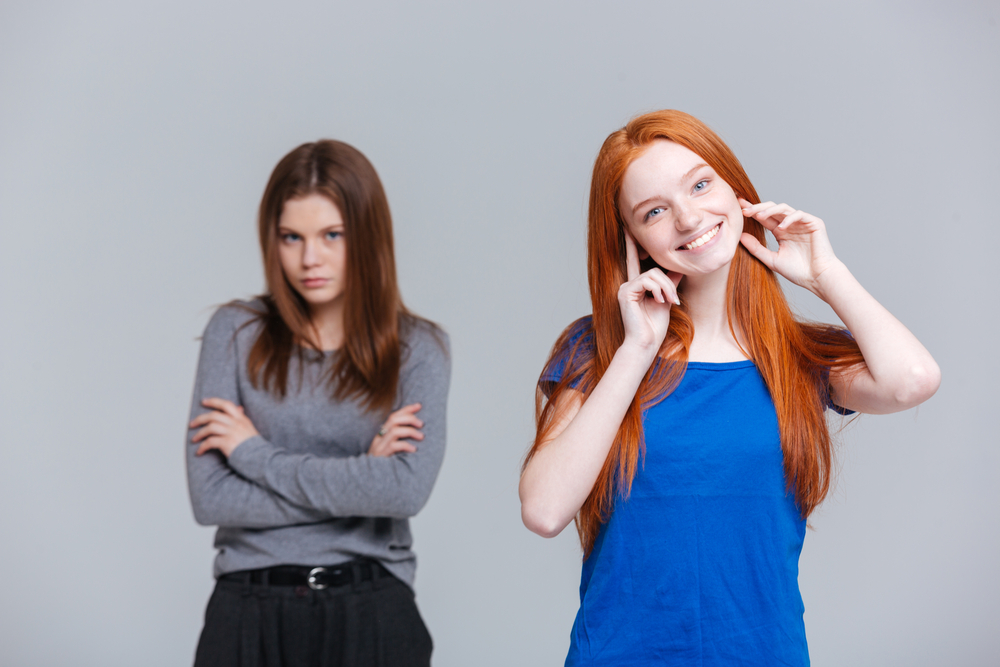 If you were a young person with internet access in the early 2010’s, you’ll almost certainly be able to visualize the “Not Like Other Girls” meme, which proliferated on sites like Deviantart and Reddit about a decade ago. Two girls stand next to each other, the one on the left (usually blonde and dressed head to toe in pink) is labeled “other girls,” and the one on the left (usually brunette, and less cartoonish than her counterpart) is labeled “me.” The “other girl” is the archetypal mean high school cheerleader. She wears makeup, loves boy bands, wears lip gloss, and is ostentatiously vain about her appearance. The girl representing the artist, while rarely being overtly tomboyish, rejects traits associated with traditional femininity. She eats voraciously, reads books, wears baggy or modest clothing, and snubs her nose at pop music. She’s quirky, unpolished, and raises an eyebrow with condescending confusion at her blonde neighbor.

A thousand versions of this image exist; sometimes the “normal” girl sports a mohawk and leather jacket, other times she’s holding an Xbox controller. Regardless of the finer details, the inherent silliness of this dichotomy, and the presumptuous superiority of the “normal” artist, was easy to mock. The meme rose to popularity because it spoke so directly to the experience of preteen tomboyish girls (or really any girl who felt alienated from her peers), but it experienced a wave of backlash as mainstream culture became more sensitive to feminist issues. The “other girl” is almost always a caricature of offensive stereotypes, which is why many have viewed the original meme as a manifestation of the artist’s internalized misogyny.

Internalized misogyny happens when we absorb and regurgitate sexist stereotypes, often subconsciously. Even the most diehard feminist is not completely immune to patriarchal socialization, which is why young women are encouraged to be vigilant with regards to gender norms. A 2009 study on this phenomenon published in the Journal of Integrated Social Sciences explains the manifestations of subconscious sexism:

“women and girls may learn to have low expectations of their capabilities . . . may be treated as if they need to be taken care of . . . may be criticized or ostracized for being assertive, visible, or outspoken, may find their opinions discounted, may be disliked as leaders unless they fit female stereotypes by acting nurturing, may be valued and appreciated primarily for their looks, bodies, or sexualities, may face expectations that they will spend considerable time and money modifying their physical appearance, may need to manage unwanted sexual attention or physical contact from men, [and] may be expected to act passive in sex, dating, and relationships.”

The study notes that this process usually begins in the middle school years, when girls are encouraged to relinquish their preadolescent androgyny and conform to femininity. Girls are made to feel incompetent and powerless, and then pressure other girls to conform with standards that hurt all women.

But at the same time, it’s hard to slap an “internalized misogyny” label on this meme and call it a day. After all, internalized misogyny is more than just a dislike for other women; it has to do with reinforcing power structures. Scholar Greta Olson explains that

“Within a system of hegemonic masculinity, women who have successfully internalized misogyny will be rewarded to the degree that they uphold and enforce the structures of this system to the detriment of other women who are less compliant. By contrast, such women will be treated with hostility who refuse to hold up the prevalent system of male privilege.”

In other words, feminine pursuits may be denigrated, but any girl who steps outside those pursuits is doubly ostracized. Sexism remains a double-edged sword, a fact that this meme (albeit unintentionally) captures with its simplistic dichotomy.

At the same time, the notion that gender-non-conforming girls are somehow too confident or arrogant, and that their unwillingness to conform to social expectations was a ploy to gain male attention or approval (as is so often implied in parodies of the original meme), is deeply misogynistic in itself. As Anusha Ashim explains,

“Many of these anti-’I’m not like other girls’ memes mock the girl on the other side rather than stating that both are equal. The unfeminine girl is portrayed as unhygienic, lazy, bitter, and even jealous. Things like baggy clothing, dark hair, and types of music are associated with her. We must ask ourselves this: Why are we creating another sexist caricature to prove that a sexist caricature is false?”

We’ve reached a point where any criticism or minor aversion to traditional femininity is labeled as internalized misogyny; even a dislike of the color pink, which many women were practically force-fed as children, is deemed a manifestation of their hatred for other women. Internalized misogyny is extremely hard to unpack, and often pits women against one another for arbitrary reasons. Empathy is required on both sides of the artificial divide if we’re to achieve any substantial form of gender-consciousness.