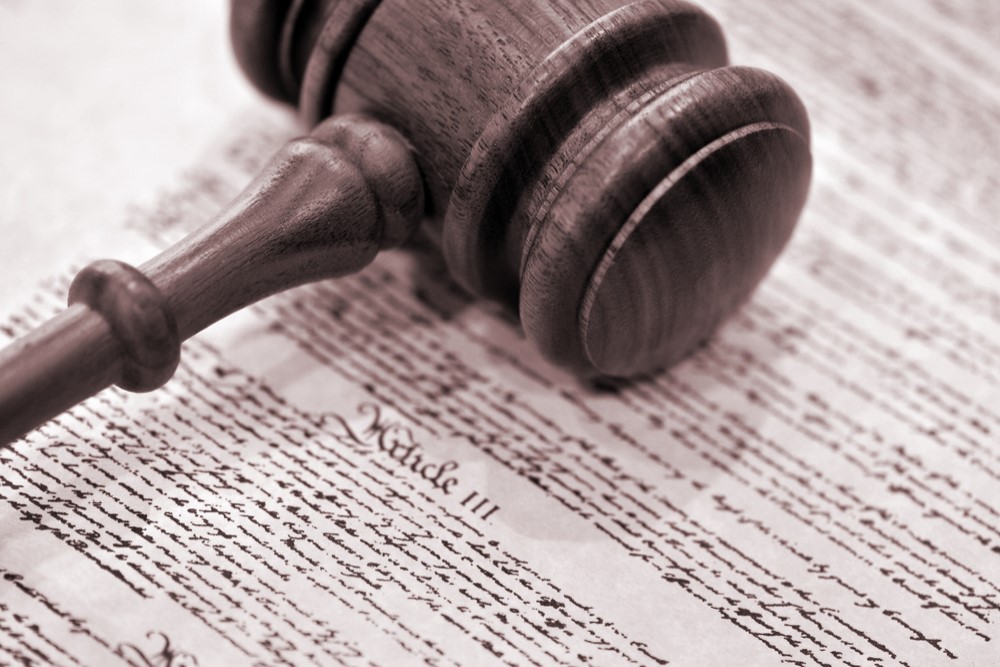 Since the beginning of 2021, there have been 133 mass shootings in the United States. While some of these shootings find their roots in racism, misogyny, and xenophobia, they are also the result of the relatively easy access to firearms in the United States. Many Americans might attribute this prevalence of guns to the right guaranteed in the United States Constitution, enunciated in the Second Amendment’s phrase “the right of the people to keep and bear Arms.” However, the application of the Second Amendment as affording the individual liberty of gun ownership is a modern, highly disputed, doctrine in constitutional law. Two contemporary landmark cases, District of Columbia v Heller (2008) and McDonald v City of Chicago (2010) fundamentally altered the power of state and federal governments to regulate gun ownership by recognizing an individual right to own and keep firearms. These cases were highly divisive, included multiple dissenting opinions, and were decided by bare, 5-4 majorities. However, the majority and minority in both cases relied a type of constitutional interpretation called originalism to bolster their conclusions. The difference, however, lies in the majority’s use of original meaning and the minority’s use of original intent.

How were the different forms of originalism employed in both cases? What are the moral pitfalls of either type of originalist interpretation? And is relying on the ideas or desires of the Founders an ethical basis on which to decide cases?

In District of Columbia v Heller (2008), several individuals, including members of lobbying groups like the National Rifle Association and the Cato Institute, challenged the constitutionality of a D.C. law which imposed several restrictions on gun ownership, including the regulation that rifles and shotguns be kept “unloaded and disassembled or bound by trigger lock.” In an opinion written by Justice Antonin Scalia, the Supreme Court held that the Second Amendment granted individual citizens the right to keep and bear arms for the purpose of self-defense. Though the Court had previously defined the scope of the Second Amendment in United States v Miller (1939), the widely-accepted application of the Second Amendment in constitutional law was that the right to bear arms only applied to ownership of weapons in the context of use in an organized militia. For this reason, many decisions involving individual gun ownership in the 20th century refused to acknowledge that the Second Amendment bestowed an individual right which restricted states or the federal government from regulation.

The little room that was left open for gun regulation after District of Columbia v Heller was quickly closed two years later in McDonald v City of Chicago (2010). The majority opinion, this time penned by Justice Alito, held that Chicago’s regulation which essentially prevented firearm registration and ownership was a violation of rights bestowed to individuals by the Constitution. This case was significant because it granted individuals broad legal protection from gun regulation. Many constitutional scholars and theorists view both Heller and McDonald as landmark Supreme Court decisions which fundamentally altered the legal conception of the Second Amendment.

Originalism is a form of constitutional interpretation which understands the Constitution in terms of what it originally meant when it was written, the original intent of the Framers, or both. One consideration, which applies to both original meaning and original intent interpretation is the reliance on the ideas and intentions of people long-dead and gone when deciding what rules should govern society. Nobody alive today had a hand in writing the original Constitution. Sometimes known as the “dead hand problem,” a moral and philosophical paradox arises when considering whether one can consent to a government, they had no hand in designing.

Fundamental to the reasoning employed in both Heller and McDonald was originalist meaning. Proponents of original meaning generally argue that it ultimately benefits society by limiting the discretion given to judges. By limiting the power of judges to use their own authority to decide what the Constitution says (or should say), originalism might be said to prevent an unequal application of the law and to leave political battles to the legislature where it can be more democratically controlled.

Those critical of originalism, however, might see it as giving far too much weight to the language, culture, and politics of a long-gone society and see it as detrimentally rigid and inapplicable to a rapidly changing society. Upholding the original meaning of the Constitution might also force one to condone immoral provisions, such as those enabling slavery or only bestowing rights upon certain groups of people. While originalism might safeguard certain moral values present in the Constitution it also prevents moral correction. For example, in the case of gun reform, even if the original meaning of the Constitution was meant to bestow individual gun rights, perhaps this liberty should be reexamined in the face of advanced technology and the prevalence of gun violence.

Turning not to the original meaning but instead to the original intentions of the Framers is another strategy used in originalist constitutional interpretation. In their dissents in Heller, both Justice Stevens and Justice Breyer point to historical evidence which implies that the Second Amendment was intended only to apply to militias and was not conceived to apply to individual self-defense. Originalism which focuses on the intentions of the Framers in terms of gun rights has also been a popular method among gun reform advocates, and late night comedy hosts, who point out that firearm capabilities at the time of ratification were vastly different than firearm capabilities today. While many gun regulation advocates might agree with the application of the Framers’ intention in this instance, the pitfall of applying such an interpretive strategy includes reckoning with some of the potentially immoral intentions present in certain provisions of the Constitution. Article I, Section 9 of the Constitution condoned slavery, and experts have contended that the Framers did not intend for certain Constitutional rights, like the right to vote, to extend to poor men, women, or BIPOC folks.

Another potential problem with considering the intention is that the Founders were arguably themselves immoral. More than a few of the Founders owned slaves, and though some expressed moral grief over this fact, their decision to subjugate human beings is entirely reprehensible. Even relativist arguments which defend the Founders and advocate for original intent, might fail on the basis that the point is exactly that we have changed as a society and should not be turning to the dead for guidance in solving society’s most pressing legal problems.

Since Heller, the rate of gun deaths in the United States have increased 17%. The United States is the one of the leading countries in the world when it comes to firearms death, and there is a clear political, cultural, and moral interest in reexamining the individual right to gun ownership. If one’s goal is to regulate firearms, the most effective form of constitutional interpretation to do so might very well lie outside of originalism altogether. However, it is important to recognize how originalist application has greatly influenced gun control in the United States. By understanding the moral quandaries that belie the forms of modern constitutional interpretation applied to firearms cases, we can better understand which types of arguments best support the gun regulation we seek.