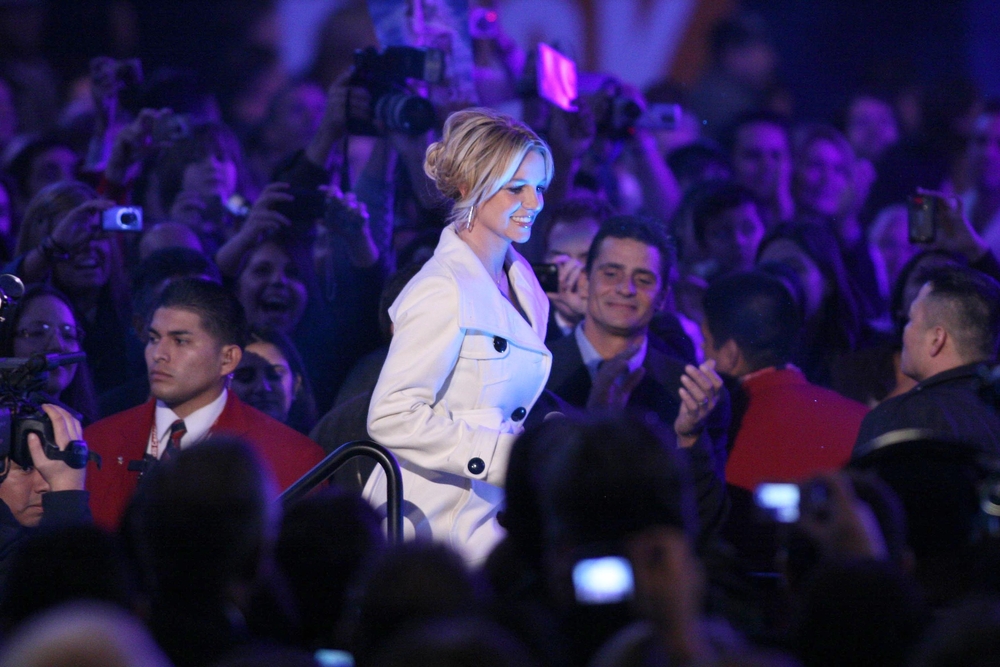 Much like Marilyn Monroe before her, Britney Spears is a deeply troubled and troubling figure in pop culture. Their lives even follow the same basic arc; a beautiful but exploited blonde girl becomes a much-lauded sex symbol — the embodiment of beauty for her particular generation and cultural moment — and then the whole world watches with glee as she comes crashing down. The difference is that Britney was able to reach a place in her life where she could counteract the narrative that has accrued around her. Framing Britney Spears does this work admirably, reframing her family life, turbulent relationships, and mental health struggles for the age of Me Too. In particular, the documentary examines the questionable way the media treated her, and forces us to ask uncomfortable questions about our collective obsession with the pop star’s messy life.

This story certainly makes us question the ethics of celebrity worship (and celebrity hatred), but the documentary’s version of Britney’s life has made some of the women who grew up with her image uncomfortable. In particular, the filmmakers try to suggest that Spear’s sexualized schoolgirl persona was something she herself crafted, and that interpreting her brand or her songs as misogynistic is to deny her agency. The prudish American public simply resented her overt sexuality, which was a component of her artistic vision. As Tavi Gevinson notes in an essay for The Cut, the documentary has a very specific agenda that this position serves well. Britney is currently enmeshed in a legal battle to break free from her conservatorship, so emphasizing her ability to make choices makes perfect sense.

This image of picture-perfect blonde beauty is something Britney fought for control over, and the evolution of her public persona demonstrates that struggle. The infamous hair-shaving incident is the most iconic episode in her life, and by specifically shaving her hair, she dismantled her own appearance in a way that counteracted her public image. Even her voice reflected a discomfort with her status as an icon. In a review of her 2016 album Glory, one critic describes how “as her career progressed, Britney and her producers began, rather gleefully, having some fun with the fake. Her futuristic-sounding pop songs became sonic laboratories, explorations of emerging technologies in Auto-Tune . . . On songs like the electro-pop collage ‘Piece of Me,’ her voice is robotized to the point of sounding posthuman.” It’s easy to read this shift as the material embodiment of feminist writer Adrienne’s Rich’s observation that “The body has been made so problematic for women that it has often seemed easier to shrug it off and travel as a disembodied spirit.”

But at the same time, there’s something not quite right about reframing Britney as a feminist icon. This is less about whether or not Britney Spears, the human being, holds views that we might describe as feminist, or feminist-aligned. Rather, it’s about whether Britney Spears, the cultural icon manufactured by a corporation, embodies misogynistic stereotypes. In her essay, Gevinson quotes a friend (who, like Gevinson, grew up with Britney’s music and image) on the documentary: “[Britney] was the establishment! She was what we were supposed to be: sexy and young. Not a paragon of independence . . . She was a response to Alanis [Morissette] and the rise of the ‘angry woman’” figure in popular music. As Gevinson explains,

“The filmmakers do not acknowledge how Spears’s agency may have been compromised by her age, the stakes of wealth and fame, or the influence of the adults around her. They also do not engage the messier implications of the virginal-but-sexy stereotype . . . it is absurd to discuss her image from that time as though there were not an apparatus behind it, as though she existed in a vacuum where she was figuring out her sexuality on her own terms, rather than in an economy where young women’s sexuality is rapidly commodified if they are old enough to be discarded.”

So what purpose does it serve to rebrand an artist who represents the epitome of Western beauty standards and behavior as a trail-blazing feminst?

As the public became more aware of Britney’s struggles under her conservatorship, fans began to mobilize. Last April, a group of protesters gathered outside of a city hall in Los Angeles, holding “Free Britney” signs and chanting in unison. Though the protest may have been just a little tongue-in-cheek, the fact that Britney’s fans borrowed political language and set dressing for the sake of their idol speaks to the broader narrative her story has been subsumed into. Whether we hurl vitriol at her or politicize her pain, she must always be a symbol for something, her beauty and tragedy must be appropriated for some end. We can read her as a misogynistic fantasy, a sexualized teenager acting out the fantasies of older men, or we can try to reclaim her as an image of strength. Either way, it seems that we simply can’t leave Britney alone.