In the Limelight: Ethics for Journalists as Public Figures 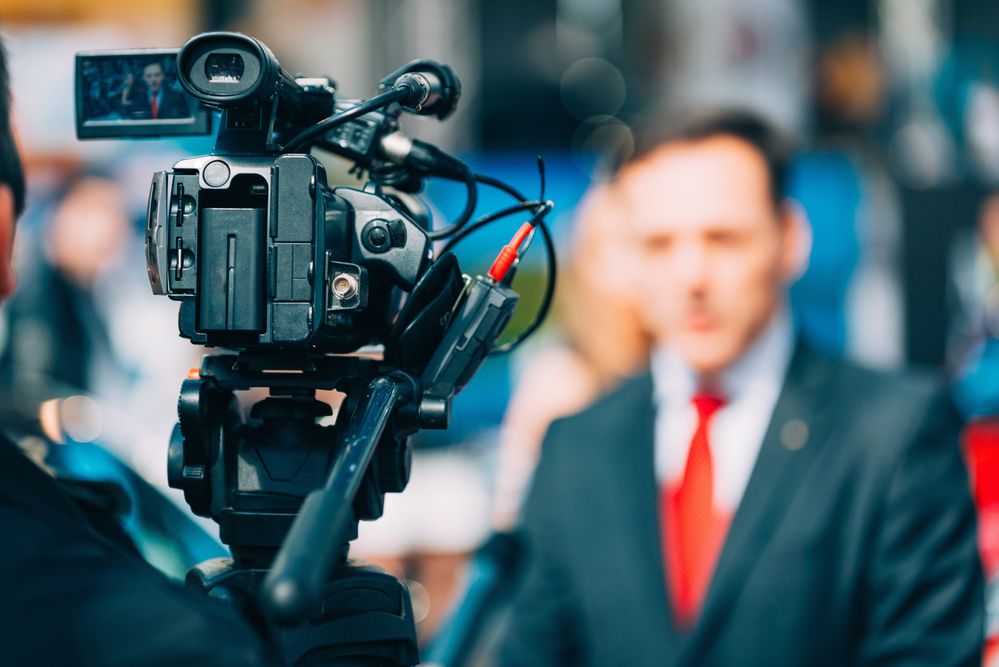 Journalistic ethics are the evolving standards that dictate the responsibilities journalists have to the public. As members of the press, journalists play an important role in the accessibility of information, and unethical journalistic practices can have a detrimental impact on the knowledgeability of the population. Developing technology is a major factor in changes to journalism and the way journalists navigate ethical dilemmas. Both the field of journalism and its ethics have been revolutionized by the internet.

As a student of journalism, I am all too aware that there is no common consensus on the issue. At the publication I write for, staff members are restricted from participating in protests for the duration of their employment. In a seminar class, a professional journalist discussed workplace moratoriums they’d encountered on publicly stating political leanings and one memorable debate about whether or not it was ethical for journalists to vote — especially in primaries, on the off-chance that their vote or party affiliation could become public. Each of these scenarios stems from a common fear that a journalist will become untrustworthy to their readership due to their actions outside of their work. With less than half the American public professing trust in the media, according to Gallup polls, journalists are facing intense pressure to prove themselves worthy of trust.

Journalists have a duty to be as unbiased as possible in their reporting — this is a well-established standard of journalism, promoted by groups like the Society for Professional Journalists (SPJ). How exactly they accomplish that is changing in the face of new technologies like social media. Should journalists avoid publicizing their personal actions and opinions and opt-out of any personal social media? Or should they restrict them entirely to avoid any risk of them becoming public? Where do we draw the lines?

The underlying assumption here is that combating biased reporting comes down to the personal responsibility of journalists to either minimize their own biases or conceal them. At least a part of this assumption is flawed. People are inherently biased; a person cannot be completely impartial. Anyone who attempts to pretend otherwise actually runs a greater risk of being swayed by these biases because they become blind to them. The ethics code of the SPJ advises journalists to “avoid conflicts of interest, real or perceived. Disclose unavoidable conflicts.” Although this was initially written to be applied to journalists’ professional lives, I believe that that short second sentence is a piece of the solution. “Disclose unavoidable conflicts.” More effective than hiding biases is being clear about them. Journalists should be open about any connections or political leanings that intersect with their field. It truly provides the public with all the information and the opportunity to judge the issues for themselves.

I don’t mean to say that journalists should be required to make parts of their private lives public if they don’t intersect with their work. However, they should not be asked to hide them either. Although most arguments don’t explicitly suggest journalists hide their biases, they either suggest journalists avoid public action that could reveal a bias or avoid any connection that could result in a bias — an entirely unrealistic and harmful expectation. Expecting journalists to either pretend to be bias-free or to isolate themselves from the issues they cover as much as possible results in either dishonesty or “parachute journalism” — journalism in which reporters are thrust into situations they do not understand and don’t have the background to report on accurately. Fostering trust with readers and deserving that trust should not be accomplished by trying to turn people into something they simply cannot be, but by being honest about any potential biases and working to ensure the information is as accurate as possible regardless.

The divide between a so-called “public” or “professional” life and a “private” life is not always as clear as we might like, however. Whether they like it or not, journalists are at least semi-public figures, and many use social media to raise awareness for their work and the topics they cover, while also using social media in more traditional, personal ways. In these situations, it can become more difficult to draw a line between sharing personal thoughts and speaking as a professional.

In early 2020, New York Times columnist Ben Smith wrote a piece criticizing New Yorker writer Ronan Farrow for his journalism, including, in some cases the exact accuracy or editorializing of tweets Farrow had posted. Despite my impression that Smith’s column was in itself inaccurate, poorly researched and hypocritical, it raised important questions about the role of Twitter and other social media in reporting. A phrase I saw numerous times afterwards was “tweets are not journalism” — a criticism of the choice to place the same importance on and apply the same journalistic standards to Farrow’s Twitter account as his published work.

Social media makes it incredibly easy to share information, opinions, and ideas. It is far faster than many other traditional methods of publishing. It can, and has been, a powerful tool for journalists to make corrections and updates in a timely manner and to make those corrections more likely to be viewed by people who already read a story and might not check it again. If a journalist intends them to be, tweets can, in fact, be journalism.

Which brings us back to the issue of separating public from private. Labeling advocacy, commentary, and advertisement (and keeping them separated) is an essential part of ethical journalism. But which parts of these standards should be extrapolated to social media, and how? Many individuals will use separate accounts to make this distinction. Having a work account and personal account, typically with stricter privacy settings, is not uncommon. It does, however, prevent many of the algorithmic tricks people may use to make their work accessible, and accessibility is an important part of journalism. Separating personal and public accounts effectively divides an individual’s audience and prevents journalists from forming more personal connections to their audience in order to publicize their work. It also prevents the engagement benefits of more frequent posting that comes from using a single account. By being asked to abstain from a large part of what is now ordinary communication with the public, journalists are being asked to hinder their effectiveness.

Tagging systems within social media currently provide the best method for journalists to mark and categorize these differences, but there’s no “standard practice” amongst journalists on social media to help readers navigate these issues, and so long as debates about journalistic ethics outside of work focus on trying to restrict journalists from developing biases at all, it won’t become standard practice. Adapting to social media means shifting away from the idea that personal bias can be prevented by isolating individuals from the controversial issues, rather than helping readers and journalists understand, acknowledge, and deconstruct biases in media for themselves by promoting transparency and conversation.

Abigail McArthur-Self is a DePauw first-year and Media Fellow with an interest in journalism and news. They previously wrote and edited for their high school newspaper, the Echo. They’re also a member of the Honors Scholar program and a first-year intern at the Prindle Institute for Ethics. They enjoy playing trumpet in DePauw’s non-auditioned band.
View All Articles By Abigail McArthur-Self
Related Stories