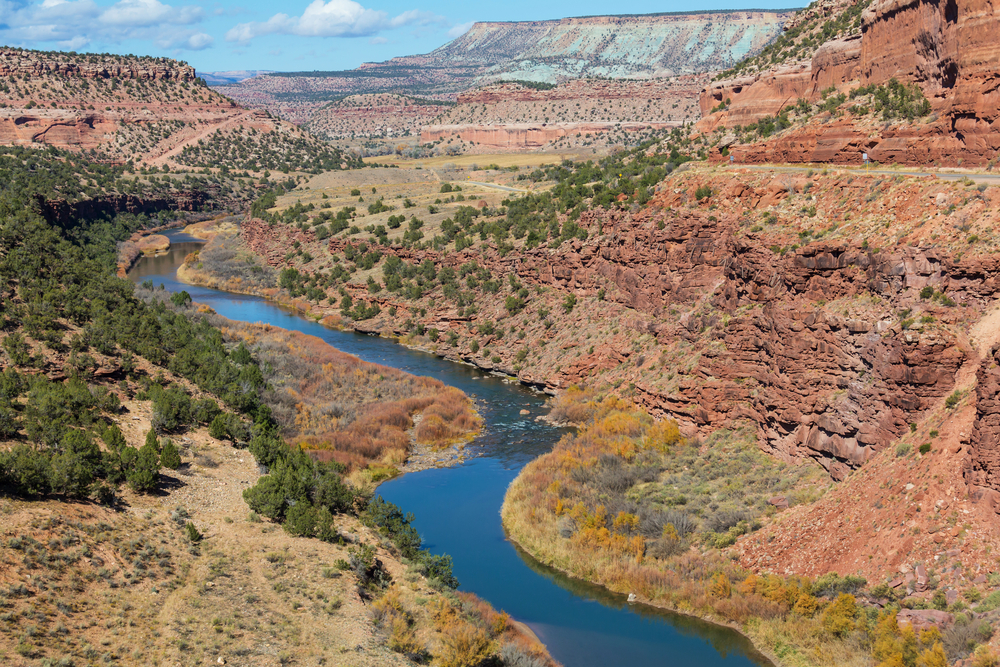 Under a 1922 agreement among seven U.S. states, the rights to use water from the Colorado River basin are divided into an upper division — Colorado, New Mexico, Utah, and Wyoming — and a lower division — Nevada, Arizona, and California. Each division was apportioned a set amount with the expectation being that the upper division would take longer to develop than the lower division. The white paper charges that the UCRC is relying on inflated water usage projections for the upper division despite demand for development in the upper basin being flat for three decades. In reality, however, the supply of water is far lower than projected in 1922, and climate change has exacerbated the issue. In fact, the supply has shrunk so much that upper basin states have taken efforts to reduce water consumption so that they do not violate the agreement with lower basin states. As the Sun reported, “If it appears contradictory that the upper basin is looking at how to reduce water use while at the same time clinging to a plan for more future water use, that’s because it is.”

To see how this illustrates an ethical problem in philosophy of science, we need to first examine inductive risk. While it is a common enough view that science has nothing to do with values, a consensus among several philosophers of science has formed in the past decade which suggests that not only does science use values, but that this is a good thing. Science never deals with certainty but with inductive generalizations based on statistical modelling. Because one can never be certain, one can always be wrong. Inductive risk involves considering the ethical harms which one should be aware of should their decisions turn out to be wrong. For example, if there is a 90% chance that it will not rain, you may be inclined to wear your expensive new shoes. On the other hand, if you are wrong about that 90% chance, your expensive new shoes will get ruined in the rain. In a case like this, you need to evaluate two factors at the same time: how important are the consequences of being wrong, and, in light of this judgment, how confident do you need to be in your conclusion? If your shoes cost $1000 and ruin very easily, you may want a level of confidence close to 95% or 99% before leaving home. On the other hand, if your shoes are cheap and easy to replace, you may be happy to go outside with a 50% chance of rain.

When dealing with what philosophers call socially-relevant or policy-relevant science, the same inductive risk concerns arise. In an inductive risk situation, we need to make value judgments about how important the consequences of being wrong are, and how accurate we thus ought to be. But what values should be used? According to many philosophers of science, when dealing with socially-relevant science, only democratically-endorsed values are legitimate. The reason for this is straightforward; if values are going to be used that affect public policy-making, then the people should select those values rather than scientists, or other private interests, as that would give them undue power and influence in policy-making.

This brings us back to the Colorado River. A new area of climate science known as “climate services” aims to make climate data more usable for social decision-making by ensuring that the needs of users are central to the collection and analysis of data. Typically, such climate data is not organized to suit the needs of stakeholders and decision-makers. For example, Colorado River Basin managers employed climate services from state and national agencies to create model-based projections of Lake Mead’s ability to supply water. In a recent paper, Wendy Parker and Greg Lusk have explored how inductive risk concerns allow for the use of values in the “co-production” of climate services jointly between providers and users. This means that insofar as inductive risk is a concern, the values of the user can affect everything from model creation, the selection of data, and even the ultimate conclusions reached. Thus, if a group wished to develop land in the Colorado basin, and sought the use of climate services, then the values of that group could affect the information and data that is used and what policies take effect.

According to Greg Lusk, however, this is potentially a problem since if any user who pays for climate services is able to use their own values to affect scientifically-informed policy-making, then this would violate the need for the values to be democratically endorsed. He notes:

“Users could refer to anyone, including government agencies, public interest groups, private industry, or political parties …. The aims or values of these groups are not typically established through democratic mechanisms that secure representative participation and are unlikely to be indicative of the general public’s desires. Yet, the information that climate service providers supplies to users is typically designed to be useful for social and political decision making.”

It is worth noting, for example, that the white paper issued by the Center for Colorado River Studies was funded by the Walton Family Foundation, the USGS Southwest Climate Adaptation Science Center, the Utah Water Research Laboratory, and various other private donors and grants. This report could affect policy maker’s decisions. None of this suggests that the research is biased or bad, but to whatever extent values can influence such reports, and to whatever extent such reports affect policy-making, is the extent to which we should question whose values are playing what roles in information-based policy-making.

In other words, there is an ethical dilemma. On the one hand, climate services can offer major advantages to help users of all kinds prepare for, mitigate, adapt to, or plan development in light of climate change. On the other hand, scientific material designed to be relevant for policy-making, yet heavily influenced by non-democratically endorsable values, can be hugely influential and can affect what we consider to be good data-driven policy. As Lusk notes,

“According to the democratic view, then, the employment of users’s values in climate services would often be illegitimate, and scientists should ignore those values in favor of democratically endorsed ones, to ensure users do not have undue influence over social decision making.”

Of course, even if we accept the democratic view, the problem of defining what “democratically endorsable” means remains. As the events of the past year remind us, democracy is about more than just voting for a representative. In an age of polarization where the values endorsed may be likely to swing radically every four years, or where there is disagreement among various elected governments, deciding which values are endorsable becomes extremely difficult, and ensuring that they are used becomes more impactable. Thus, deciding what place democracy has in science remains an important moral question for philosophers of science, but even more so for the public.