Zoom, Academic Freedom, and the No Endorsement Principle 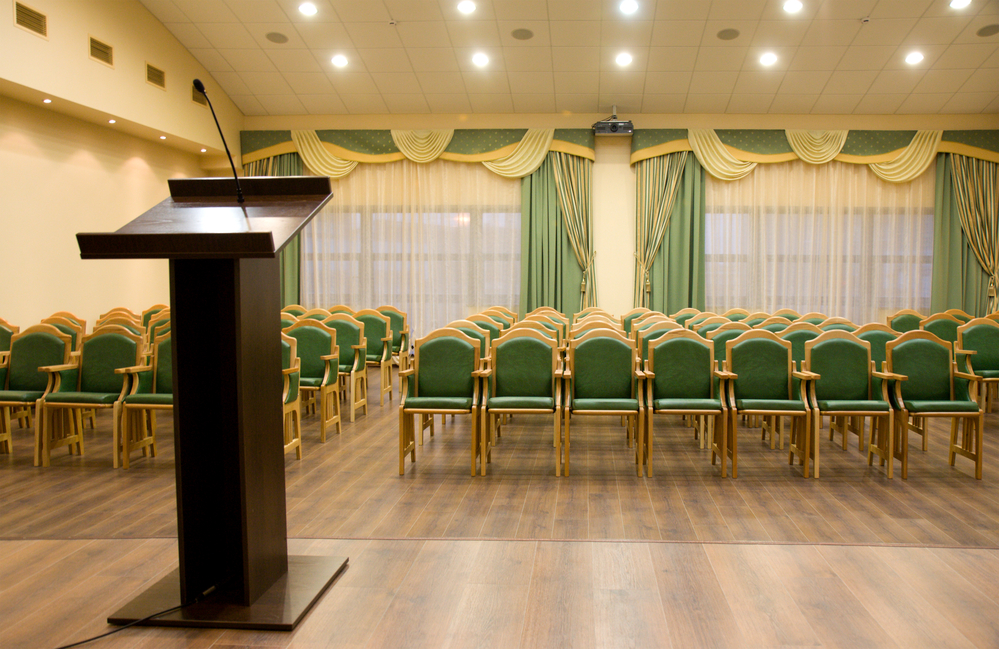 It was bound to be controversial: an American university sponsoring an event featuring Leila Khaled, a leader of the U.S.-designated terrorist group Popular Front for the Liberation of Palestine (PFLP), who participated in two hijackings in the early 1970’s. But San Francisco State University’s September webinar has gained notoriety for something else: it was the first time that the commercial technology company Zoom censored an academic event. It would not be the last.

In November, faculty at the University of Hawaii and New York University organized webinars again featuring Khaled, ironically to protest the censoring of her September event. But Zoom deleted the links to these events as well.

Zoom has said that the webinars violated the company’s terms of service, which prohibit “engaging in or promoting acts on behalf of a terrorist organization or violent extremist groups.” However, it appears that the real explanation for Zoom’s actions is fear of possible legal exposure. Prior to the September event, the Jewish rights group Lawfare Project sent a letter to Zoom claiming that giving a platform to Khaled would violate a U.S. law prohibiting the provision of material support for terrorist groups. San Francisco State gave assurances to Zoom that she was not being compensated for her talk or was in any way representing the PFLP, but a 2009 Supreme Court decision appears to support Lawfare’s broad interpretation of the law. In any case, the Khaled incidents highlight the perils of higher education’s coronavirus-induced dependence upon private companies like Zoom, Facebook, and YouTube.

The response to Zoom’s actions from academia has been unequivocal denunciation on academic freedom grounds. San Francisco State’s president, Lynn Mahoney, released a statement affirming “the right of faculty to conduct their scholarship and teaching free of censorship.” The American Association of University Professors sent a letter to NYU’s president calling on him to make a statement “denouncing this action as a violation of academic freedom.” And John K. Wilson wrote on Academe magazine’s blog that “for those on the left who demand that tech companies censor speech they think are wrong or offensive, this is a chilling reminder that censorship is a dangerous weapon that can be turned against progressives.”

“Academic freedom consists in the absence of, or protection from, such restraints or pressures…as are designed to create in minds of academic scholars…fears and anxieties that may inhibit them from freely studying and investigating whatever they are interested in, and from freely discussing, teaching or publishing whatever opinions they have reached.”

On this view, academic freedom is not the same as free speech: instead of being the freedom to say anything you like, it is the freedom to determine what speech is valuable or acceptable to be taught or discussed in an academic context. By shutting down the Khaled events, the argument goes, Zoom violated academic freedom by usurping the role of faculty in determining what content is acceptable or valuable in that context.

While there is surely good reason for Zoom to respect the value of academic freedom, it is also understandable that it would prioritize avoiding legal exposure. As Steven Lubet writes, “as [a] publicly traded compan[y], with fiduciary duties to shareholders, [Zoom was]…playing it safe in a volatile and unprecedented situation.” Businesses will inevitably be little inclined to take to the ramparts to defend academic freedom, particularly as compared to institutions of higher education explicitly committed to that value and held accountable by their faculty for failing to uphold it. The relative reluctance of technology companies to defend academic freedom is one important reason why in-person instruction must remain the standard for higher education, at least post-COVID.

A less remarked upon but equally important principle underlying the objections to Zoom’s actions is that giving speakers an academic platform is not tantamount to endorsing or promoting their views. Call this the “no-endorsement” principle. It is this idea that underwrites the moral and, perhaps, legal justifiability of inviting former terrorists and other controversial figures to speak on campus. It was explicitly denied in a letter signed by over eighty-six Pro-Israel and Jewish organizations protesting SFSU’s September event. The letter rhetorically asks, “what if an invitation to speak to a class—in fact an entire event—is an endorsement of a point of view and a political cause?” As Wilson noted, if that’s true, then freedom of expression on campus will be destroyed: “if every speaker on a college campus is the endorsement of a point of view by the administration, then only positions endorsed by the administration are allowed.”

Quite recently, the philosopher Neil Levy has added some intellectual heft to the denial of the “no-endorsement” principle. Levy writes that “an invitation to speak at a university campus…is evidence that the speaker is credible; that she has an opinion deserving of a respectful hearing.” Levy argues that in some cases, this evidence can be misleading, and that “when we have good reason to think that the position advocated by a potential speaker is wrong, we have an epistemic reason in favor of no-platforming.” Levy makes a good point: inviting a speaker on campus means something — it sends a message that the university views the speaker as worth listening to. But Levy seems to conflate being worth listening to and being credible. Even views that are deeply wrong can be worth listening to for a variety of reasons. For example, they might contain a part of the truth while being mostly wrong; they might be highly relevant because they are espoused by important figures or groups or a large proportion of citizens; and they might be epistemically useful in presenting a compelling if wrongheaded challenge to true views. For these reasons, the class of views that are worth listening to is surely much larger than the class of true views. Thus, it is not necessarily misleading to invite onto campus a speaker whose views one knows to be wrong.

The use of Zoom and similar technology in higher education contexts is unlikely to completely cease following the post-COVID return of some semblance of normalcy. But the Khaled incidents should make us think carefully about using communications technology provided by private companies to deliver education. In addition, the notion that giving a person a platform is not tantamount to endorsing their views must be defended against those who wish to limit academic discourse to those views held to be acceptable by university administrators.